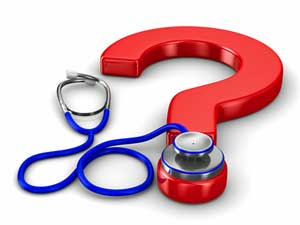 “More than one million Americans have CFS yet less than 20% have been diagnosed. This is a major health concern.”

Not An Easy Process!

Ruling Out Other Diseases

Because many CFS symptoms are fairly general a key part of a diagnosis involves ruling out other diseases that could cause them such as mononucleosis, multiple sclerosis, chronic Lyme disease, sleep disorders, severe obesity and reactions to medications. Physicians may use the criteria below to determine if you have it.

Chronic Fatigue: unexplained, persistent or relapsing chronic fatigue that is not substantially alleviated by rest, and results in substantial reductions in levels of occupational, educational, social, or personal activities; and


A Certain Set of Symptoms: four or more of the following symptoms for 6 or more consecutive months

A Detailed Medical History: The CDC recommends physicians give potential CFS patients a thorough physical examination and mental screening including the following tests :