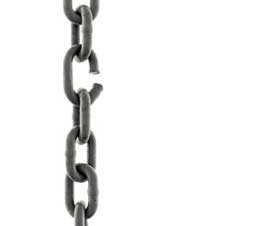 While the cause or causes of chronic fatigue syndrome (ME/CFS) are still unclear researchers have documented numerous abnormalities that have sparked considerable speculation regarding its cause. Overall, research findings suggest chronic fatigue syndrome (ME/CFS) is a multi-systemic disorder involving the immune, neuroendocrine and cardiovascular systems.

Triggering Chronic Fatigue Syndrome (ME/CFS): A wide variety of events including infection, injury, physical or psychological stress and toxin exposure have been reported to trigger chronic fatigue syndrome (ME/CFS). Not all patients can identify a triggering event. How such a process occurs is still unclear but researchers are increasingly focused on the central nervous system and the ways that stressful events such as injury and infection can affect the functioning of the brain.

An Undiagnosed Chronic Infection: Chronic fatigue syndrome (ME/CFS) patients were recently reported to be 18’s more likely to harbor a pathogen than healthy controls. The NK cell ‘burn-out’, increased T-cell activation and increased rates of cell suicide (apoptosis) in CFS could be caused by a chronic infection. Some study results suggest that antiviral drug therapy may be able to cure some CFS patients but much more study is needed.  Herpesviruses and enteroviruses are the main candidates.


Impaired Stress Response: A significant number of patients have reduced hypothalamic-pituitary-adrenal (HPA) axis functioning and lowered cortisol levels. Since the stress response is important in mobilizing the bodies energy stores for activity an impaired stress response could contribute to the fatigue patients experience. Because the HPA axis also plays an important role in down regulating the immune response low HPA axis activity could also contribute to the chronic immune activation believed present.