Ahead of the December 23rd deadline for public comment on the proposed IOM panel to create clinical diagnostic criteria for ME/CFS, Gabby Klein reviews the continuing opposition to the HHS/IOM Contract and the more favorable response from some ME/CFS organizations, and offers her personal take on the controversy. 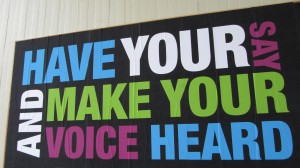 While the mounting questions regarding the HHS/IOM contract have continued to grow and remain unanswered, the Institute of Medicine has been forging ahead with its work to create clinical diagnostic criteria for ME/CFS. On December 3rd, the IOM revealed a list of fifteen provisional panel members with a twenty day window for public comment. About half of the panel members listed have ME/CFS knowledge and experience.

Jennie Spotila, along with a group of patient advocates, has investigated the proposed panel members and published blogs about them on her website OccupyCFS. She discusses in detail the ‘knowns’ (those who are familiar names to the ME/CFS community) and the ‘unknowns’, as well as the overall balance of the panel. Her latest blog goes into more detail in raising what the group believe are ‘legitimate concerns’ about three panel members: Dr. Alegria, Dr. Theodore Ganiats, and Dr. Cynthia Mulrow.

The deadline for submitting comments is December 23rd. Comments can be submitted by accessing the ‘feedback’ button at the bottom of this page. If you prefer to submit your feedback as an attachment, you can do so by emailing it to mecfs@nas.edu. See the end of this article for further detail. The feedback Jennie has submitted herself is here.

Opposition to the contract continues

Many patients and advocates remain opposed to the contract regardless of the makeup of the panel. They argue that the commissioning of the IOM for this work, and its charge by HHS as detailed in the ‘Statement of Work’ (SOW), cannot result in a positive outcome for patients. They feel that the method and process of study by the Institute, coupled with the charge by the SOW to use an evidence based method of study, will have negative results for us. In addition, they highlight evidence of bias and misrepresentation by the IOM regarding ME/CFS, as evidenced by their study on GWI.


This evidence of bias and misconduct has kept Jeanette Burmeister very busy, starting with a call on November 11th for an investigation by the Inspector General into the IOM’s conflict of interest with respect to ME/CFS.

“Just to give a few examples, the CMI Report unconditionally accepts antidepressants (page 119) as well as cognitive-behavioral therapy and graded-exercise therapy (page 99) as recommended treatments for ME/CFS even though these ‘treatments’ are viewed by most, if not all, credible experts as not just unhelpful, but potentially quite harmful for most ME/CFS patients.”

Jeanette followed this up on November 17th, with a supplemental complaint to the Office of the Inspector General (OIG): “Did DHHS violate its no bid contract requirement for the IOM contract?”. On November 25th, she sent out a request to investigate what appears to be a dramatic failure of HHS to follow applicable federal law and regulations regarding full and open competition in its award of the $1 million contract to the Institute of Medicine.

CFSAC Testimony against the contract

Mary Dimmock argues, in her testimony to CFSAC, that we really don’t know which disease HHS has tasked the IOM to study. Is it the disease described by the Canadian Consensus Criteria (CCC) and the International Consensus Criteria (ICC)?  Or will it resemble the broad ‘chronic fatigue’ term expressed by the 1994 Fukuda Criteria? Mary states:

“Instead, HHS has wasted decades and countless millions fixated on studying medically unexplained fatiguing illnesses under the rubric of ‘CFS’, a man-made clinical entity that in reality is an unscientific hodgepodge of biologically unrelated conditions. A black hole guaranteed to insure that any disease in the CFS grip will remain forever medically unexplained and mistreated.”

If indeed this is the illness that will be studied, then regardless of the balance of the IOM panel, the resulting clinical criteria will not resemble ME.

In addition, previous studies done by the IOM, with a negative slant on ME/CFS, remain a serious cause for concern. This concern was very well detailed by Andrew Bokelman in his testimony at CFSAC’s “meeting that wasn’t”. Andrew argues that the IOM’s system control is flawed. He backs this up with evidence of a previous IOM study on GWI which recommended graded exercise for CFS, with the only references in support of that recommendation being three web pages that cite no research. The IOM also referenced two journal articles, but neither one says that exercise helps people with CFS, and one doesn’t even mention CFS. “The IOM points out that there will be a different panel this time”, states Andrew. “But this solves very little, because the project will use the same system for quality control.”

On November 15th HHS sent out a Q & A through the CFSAC listserv mailing list. Not only did this Q & A fall short in resolving the many questions, it just added to the inconsistencies and deceit.

“In a letter by Secretary Sebelius to our experts, she claims that the IOM study was necessary because “HHS does not generally develop diagnostic criteria for disease conditions”. When I read this, I couldn’t decide whether to start laughing hysterically or beating my head against the wall repeatedly. I mean, really? Correct me if I am wrong, but have we not been suffering tremendously for almost 20 years under the Fukuda definition developed and adopted by the CDC? In light of this reality, the letter’s assertion is outrageous.”


My own CFSAC testimony focused on another difficulty and inconsistency with statements from the HHS:

This is the problem when one is on a path of lies; it is very hard to get free of the web it created. HHS has also stated in their Q & A that the reason they cannot adopt the CCC is because it is ten years old. Why is it then that HHS has had no problem adopting and using the 1994 Fukuda Criteria for the past 20 years?

Nods of acceptance from CAA, PANDORA and IACFS/ME

Considering all the problems and issues that patients and advocates have felt and expressed, it is surprising that some patient organizations have seemed to embrace the contract.

In their article dated December 5th, the CFIDS Association said that after reviewing the provisional panel announced by the IOM, they are optimistic that this committee will be effective in fulfilling its important mandate.

They have reached this conclusion because they feel that the panel has:

In a letter dated December 4th, PANDORA’s president, Lori Chapo-Kroger, outlined her organization’s view regarding the intended panel members of the IOM.

“Given previous IoM study reports on Gulf War illnesses, we understand there’s a possibility that the ME/CFS IoM study results will not produce a definition for the disease that is best for patients if patient advocates and illness experts are not proactively involved in the process. But there is also the possibility that the ME/CFS definition result will be favorable, especially if patient advocates and illness experts are part of the process. This is seen in the IoM’s clinical guidelines report on epilepsy. If we can get the same positive results from the IoM has happened with epilepsy, it will be a game-changer for our disease.”

Lori further lays out the plan of the “Get it Right” initiative that has been started, in which 17 people, comprised of advocates and organization representatives, have decided to work together to coordinate efforts at influencing the IoM. This group will network and work together for the 18 month duration of the IoM study.

In their latest newsletter, the IACFS/ME’s president, Dr. Fred Friedberg, commented on the IOM study and its intended panel:

“The new IOM CFS/ME definition committee has been nominated—which includes our own board member, Lily Chu. The committee is composed of experts from within and outside of the field in a 50/50 mix. In keeping with our focus on scientific advocacy, we hope that the committee will base their recommendations on data and empirical studies. In the last few years, fine-grained examinations of existing case definitions as well as reporting on actual symptom frequencies in CFS/ME provide a reasonable foundation to inform a case definition. As an independent scientific organization, the IOM’s distinguished reputation is based on impartially weighing the evidence and forging an expert consensus on often controversial biomedical conditions. If this process is applied to new (and existing) case definitions, then IOM’s recommendations hold the promise of advancing the field and increasing legitimization.”

Most of the patients and advocates who oppose the HHS/IOM contract remain steadfast and refuse to participate or have any input in the process. This viewpoint was stated by the National Alliance for Myalgic Encephalomyelitis in their article titled “HHS + IOM = BORG”.

“We reject it as illegitimate. We do not recognize the committee as a whole as standing for M.E.

By the nature of its backroom creation, objected to almost unanimously by the very community it is supposed to be serving, using our tax dollars, we deem any outcome of this ‘study’ invalid – unless the outcome is swift termination of the contract, based on many valid objections already voiced and formally submitted to authorities.

To cooperate with this ‘study’ in any way is to validate it. Some may believe “resistance is futile.”  But we will not be assimilated.  We will not be accomplices in ‘harming patient care’.”

My personal view is that this contract by HHS with the IOM is wrong. It was conceived in a deceitful, devious way. I don’t think that its intentions were positive. I feel that one cannot take this action by the HHS out of context. HHS has had a long history of malfeasance towards this disease from day one. They have been trying to ‘make it go away’. They have been successful with their aim, starting with the name they gave it, and have followed it up with meager funding and little research. These actions have continued and even mounted in recent history. Funding is diminishing. Research in serious avenues has been denied such as Dr. Lipkin’s hunt for viruses. One only needs to look at CFSAC and Dr. Nancy’s Lee’s behavior toward our community. This is really unacceptable and actually outrageous. Why is it that Dr. Unger remains steadfast in her refusal to include 2 day CPET testing in her current multi-site study? Why it is that Dr. Koh has not attended any of the CFSAC sub-committee meetings he belongs to?

The elephant in the room is the ‘hidden’ contract. To be honest, I am surprised that any organization feels comfortable accepting and/or promoting this study without having a view of the contract. It is all in the contract isn’t it? Why has HHS resisted producing it?

For all the reasons stated above I have joined the fight against the HHS/IOM contract from without and within. As long as it is going ahead, I will point out all of its issues and problems as well as I can.

If you would like to comment on the intended panel selection, you have until December 23rd. As per Jennie Spotila’s blog, you may