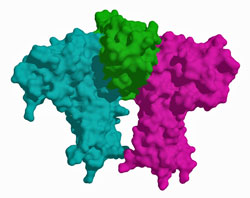 Erythropoietin has been used to treat anemia in cancer, kidney disease and other diseases. Erythorpoietin recently improved fatigue and quality of life in seniors with anemia. The first erythropoietin agent, Epogen , was FDA approved in 1989. Two brands of erythropoietin, epoetin (Procrit) and darbepoietin (Aranesp)

Recent clinical trials indicating erythropoietin had little benefit in cancer patients and may increase the risk of several cancers resulted in the FDA giving it a ‘black box’ warning. In high doses erythropoietin also increases the risk of cardiovascular events. In general erythropoietin is given at the smallest possible dose needed to produce an effect.

Because it increases red blood cell levels – which in turn deliver oxygen to the muscles – erythropoietin has been used as a performance enhancing drug in athletics. It use is banned in cycling and other sports.

Erythropoietin May Work in Chronic Fatigue Syndrome (ME/CFS) Because…

it increases red blood cell mass and thus may help increase blood volume in a prominent subset of patients. Low blood volume may contribute to orthostatic intolerance (symptoms when standing), low blood flows to the brain and other organs and low energy in ME/CFS.

At the 2007 IACFS/ME conference Dr. Hurwitz reported that an NIH sponsored trial of erythropoietin did increase blood volume in ME/CFS patients but did not result in significant health benefits. This is the second trial of a blood volume enhancer that succeeded in its first purpose – increasing blood volume- but failed at its second – improving patients health. This suggests low blood volume is a secondary component of CFS.

At the same conference, however, Dr. Shoemaker reported that higher doses of the drug reduced levels of the complement protein C4a, normalized lactate levels in the hippocampus and improved patients health and cognitive functioning. Neither his study (which had no control group, etc.) nor Dr. Hurwitz’s s have been published.