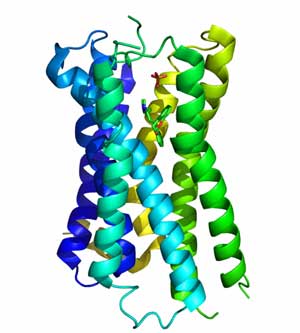 A tricyclic antidepressant (TCA). TCAs’ were mentioned first in the IACFS/ME Treatment Primer’s sleep section.  TCA’s are used in a variety of disorders including depression, anxiety, ADHD, chronic pain, neuropathic pain, fibromyalgia, migraine, irritable bowel syndrome, interstitial cystitus etc.  They work by blocking the action of serotonin and norepinephrine transporters thereby increasing the levels of those neurotransmitters in the nerve synapses.

Doxepin Elixir May Work in Chronic Fatigue Syndrome (ME/CFS) Because..

Of its anti-histamine and immunomodulator properties. Dr. Cheney states that at the low doses used in ME/CFS Doxepin elixir is a potent anti-histamine and immunomodulator which down-regulates the histamine receptors – the ‘grand maestro’s’ of the central nervous system – reducing nervous system activity and allowing for healing to take place.   Recent evidence suggests histamine release by mast cells could contribute to the fatigue and pain in Fibromyalgia and perhaps ME/CFS.

Dr. Cheney most frequently prescribes the combination of Klonopin and Doxepin, along with the supplement “Magnesium Glycinate Forte.” Magnesium Glycinate alone is a good choice for the more budget minded(www.ImmuneSupport.com sells it as “Magnesium Plus”.) A common dosage of magnesium is 200 mgs at bedtime. Too much magnesium can cause diarrhea, though glycinate is usually the best tolerated form.

Cheney prescribes Doxepin in the form of a commercial elixir (10mg/ml). At low doses, this tricyclic antidepressant acts as a very potent antihistamine and immune modulator. He believes acts synergistically with Klonopin to assist sleep, and may improve pain.

Too high of a dose can cause more fatigue and brain fog.  Dr. Cheney recommends starting at two drops a night and gradually increasing the dose until “morning fog” becomes a problem. Dr. Lapp, too, finds that very low doses of Doxepin work best – he recommends about 10mgs – or 1/15th of the normal dose.