Courtesy of the Wall Street Journal we finally got a look at what will surely be the most comprehensive XMRV study that we’ll see. It will surely clear up many of the questions surrounding the virus.

It’s a full bore effort; one that probably only the federal government could take on. Six labs will be involved – the Whittemore Peterson Institute, National Cancer Institute, the FDA, the CDC and two others (not mentioned in the article.)

They’ll be doing all the things that haven’t been done thus far; in the first phase they’re sharing samples amongst themselves to determine which tests are the most sensitive and reliable. Rather excitingly, the WSJ reports that that phase will be done in just a few weeks.

While they’re doing that they’ll also be testing about 350 samples of different types; some will be from CFS patients who’ve have tested positve for XMRV, other samples will be spiked with XMRV and others will be from healthy controls.

A Critical Factor: Importantly all the samples will be blinded; that is, the the codes will be held at a central location while the different labs determine which samples they think are XMRV positive. The codes will be broken and the lab that has the most accurate results ‘wins’ (or its test does). Blinding is the most critical test to pass in this process; the first retroviral discovery in CFS lost its way when the rigors of ‘blinding’ were introduced.


The third phase – if XMRV shows up then the group will start going through frozen blood samples from years past trying to figure out when XMRV entered the blood supply, what it’s done to people, etc. 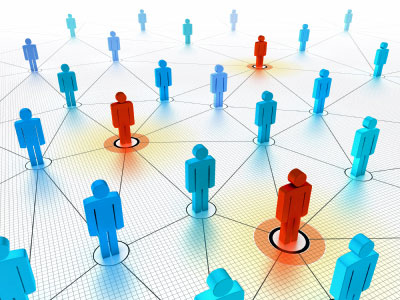 A Solid Foundation – If XMRV can pass the ‘blind test’; ie if one of the labs can correctly identify samples with XMRV in then XMRV can proceed on a solid – one would think unimpeachably solid – foundation.

Simply finding the bug in a subset of CFS patients, of course, would be a huge boost to the field. Money would presumably pour in and ME/CFS would gain a legitimacy and recognition that it’s never had.

Consider the worst-case scenario if XMRV is found: XMRV is simply a passenger virus; it’s just along for the ride – it doesn’t appear to make CFS patients worse – it’s just there. Just the fact that it’s there in ME/CFS patients but is not present in the same percentages in healthy controls s
ays something rather profound about the health and immune systems of ME/CFS patients. Simply finding XMRV in ME/CFS patients should lead to a greater exploration of the viral element in the disease and a greater appreciation for the immune abnormalities present. Just that alone could shift the scientific communities focus on CFS – and that’s a worse case scenario (if XMRV is found)

XMRV’s big test is upon it. There should be no worries about ‘researcher bias’. Two ‘friendly’ labs, the WPI and the National Cancer Institute are involved. Patients who already tested positive for XMRV are included. The makeup of the rest of the CFS patients is not the critical factor here. The critical factor is the ability of the labs to pick out the XMRV positive patients – even if there were only a few of them. Once that is done researchers can look for XMRV in all different kinds of patients. Right now the goal is to find it in a blinded test environment.