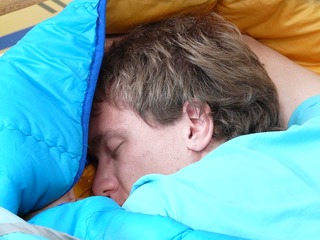 Post-exertional malaise. The first few times I heard this term I could not grasp what it meant. Chalk that up to a CFS-crippled brain. The first few dozen times I tried to say it, my cognitive fog prevented me from being able to do so.

Many years later it rolls off the tongue, though not in a pleasant way. Each syllable brings home a sense of irony that a term that is too hard to remember and to say should be such a central facet of ME/CFS.

You might have symptoms I don’t have. I may respond well to treatments that have no positive effect on you. But one thing we all have in common is post-exertional malaise.

Waiting for the other shoe to drop

Some of us are managing to keep it at bay by pacing ourselves and living in tiny doses. Others are still under its jackboot and focusing on managing to breathe.

None of us ever really know for sure whether it is waiting around the next corner, like a marauder ready to bring us to the ground. In some ways we are always waiting for the other shoe to drop. And when we do get hit with it, none of us ever know how long or how severe its repercussions will be this time.

Always exciting to be living a life where the simple act of going to the store one time too many can trigger a relapse that lasts far longer than the ill-fated shopping trip. It can even be a risky business to stay up later or get up earlier than normal.

To spend time on the phone (I know, some of you are reading this and shaking your heads because you haven’t been able to go near a phone for months or years) or to have someone drop in on you (my apologies to those who haven’t had anyone drop by in months or years) can be the monkey wrench that gets things (not) moving once more.

Then it’s back into bed for those who had been able to leave it. It’s blinds lowered, music off, and doors closed to concerned family members as we ride through the waves of sickness, the sensations that are beyond description, that are simply not ever experienced by those that are well.

Post-exertional malaise. My ability to think a complete thought would disappear. My ears roared and my balance disappeared.

If I could have talked coherently, I’d have said I felt seasick, my sense of physical self undulating, in a room that seemed somehow to … tip and change shape on me.

I felt as if every molecule in my body was oozing poison, as I was overtaken by the ebb and surge with a monotonous rhythm, for days or weeks or months or … You know where that sentence ends, don’t you?

What do we know about PEM?

Beyond our own personal horror stories, what do we know about post-exertional malaise?

We know that several body systems are affected by ME/CFS, such as the cardiovascular system, central nervous system, energy metabolism and immune system. ME/CFS can bring with it abnormalities that are cellular, genetic and systemic, and triggered by exercise. Some or all of these malfunctions may be linked with – and exacerbated by – post-exertional malaise.

We recover from muscle exertion at a very different rate than other people. The progressive deterioration over a period of days, rather than immediately after exercise,  is a hallmark of ME/CFS. And if exercise is continued daily for several weeks, things almost inevitably get worse.

Other chronic illnesses may include fatigue, but many of these types of conditions will improve in terms of aerobic capacity and exercise tolerance with regular exercise. This is not true of ME/CFS.


In testing done over a two day period, by the second day of testing those with ME/CFS will generally experience a decrease of 20 percent in cardiopulmonary function. By comparison, even people with pulmonary hypotension, cardiac issues, cystic fibrosis or end-stage renal disease, all of which encompass cardiopulmonary problems, don’t decrease by more than 7 percent.

Does it help to know?

Does it help to know that your experience is backed up by these observations, that there is “proof” that what you live with is not imaginary? Maybe not yet. It doesn’t make our days any easier, it doesn’t give us any real tools to ease the burden.

But research for us is being done, and after we’ve being invisible for so long, knowing that this search is being carried out on our behalf by people who believe our suffering is real, makes a difference.

Post-Exertional Malaise: Cause and Effect
https://www.cfids.org/cfidslink/2010/080403.asp

Unravelling the nature of post-exertional malaise in myalgic encephalomyelitis/chronic fatigue syndrome: The role of elastase, complement C4a and interleukin-1β
https://www.meresearch.org.uk/research/studies/2010/malaise.html