Jody Smith reports on how CFSAC’s “High Priority Recommendations” excluded most of our priorities and our input, in an apparent violation of the Federal Advisory Committee Act 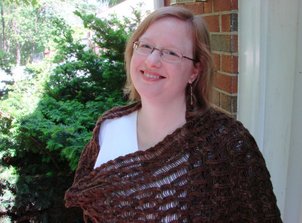 Jennifer Spotila prompted Public Citizen to write to Acting General Counsel William Schulz of the HHS, asking that CFSAC be compelled to act in accordance with its own charter and with the Federal Advisory Committee Act.

The CFS Advisory Committee has made many recommendations to the Secretary for Health and Human Services in the past. But in January 2013, the ME/CFS community got an unpleasant surprise. The CFSAC had posted the document High Priority Recommendations from CFSAC on their public website.

The surprise? The document was dated January 2012, and listed only seven of 58 recommendations.

CFSAC subcommittees had sent recommendations to HHS officials without opening the matter up to public debate and without getting the entire committee’s approval, in violation of the CFSAC’s charter and of the Federal Advisory Committee Act.

Subcommittees of the CFSAC privately met to compile a list of recommendations for the secretary without input from the full committee, and without any opportunity for public input. The list of recommendations was discussed by Dr. Nancy Lee, the Designated Federal Officer for CFSAC, and Assistant Secretary for Health Dr. Howard Koh.

One of the key goals of the Federal Advisory Committe Act is to facilitate public oversight of advisory committees. Since the public in general, and the ME/CFS community in particular, were deprived of our right to be involved in the advisory committee process, we’ve also lost our opportunity to have any impact on federal policy. If we can’t have input through the CFSAC, do we have it anywhere?

Jennifer Spotila contacted Public Citizen, a non-profit organization intent on providing a voice for the people in Washington D.C. This organization has brought litigation under the Federal Advisory Committee Act in the past. Public Citizen’s Health Research Group advocates for drug and medical device safety, and other health care issues.

A letter for Spotila was sent to Acting General Counsel William Schulz of the Department of Health and Human Services by Public Citizen. Michael A. Carome, M.D., of Public Citizen’s Health Research Group, wrote to Schulz asking that CFSAC be compelled to act in accordance with its own charter and with the FACA. Carome asked that the document from January 2012 be sent back to the full committee, open to public scrutiny, to be reviewed appropriately.

How has this puzzling situation with the CFSAC come about?

During a November 2011 meeting of the CFSAC, Dr. Gailen Marshall, Jr., had suggested that rather than listing all recommendations (58 of them at that time), they should whittle the list down to two or three recommendations. This supposedly was intended to keep the main points from being lost. In a meeting the next day, Dr. Lee expressed agreement with this suggestion.

Minutes of the meeting do not report on how the process was to be carried out. Lee emailed Spotila on January 24, 2013 saying, “CFSAC members worked via the subcommittees to identify the top priority recommendations which are now on the website.” Lee did not shed any light as to how the process unfolded, or when it was done.

In effect, only seven out of 76 recommendations, compiled from 2004 to 2012, made the cut. As Spotila detailed in her blog post, Highest Priority, Part One at https://www.occupycfs.com/2013/01/28/highest-priority-part-one/ these are the recommendations that the CFSAC saw fit to retain and recommend:

Clarify the Department’s process for considering the CFSAC recommendations

Recommended in November 2011, and answered in Dr. Koh’s letter of August 3, 2012, the mechanics for transmittal of recommendations and responses were explained.

Classify CFS in the ICD-10-CM in section G93.3 along with myalgic encephalomyelitis

Recommendations on the code classification of CFS were made six times between September 2004 and June 2012. The wording is from November 2011. Dr. Koh’s August 3, 2012 letter noted that rolling out the ICD-10-CM will be delayed, but offers no response to the CFSAC’s recommendation.

It was recommended that CFSAC increase research funding for ME/CFS through NIH or CDC. This was brought up at 10 meetings between September 2004 and October 2012. In the High Priority document, the recommendation was modified and rolled in with two others.

This was recommended in October 2010, but as yet no HHS-wide decision has been made. No progress has been reported, though the NIH and FDA have partially adopted the term.

Recommendations on pediatric issues were brought up at six different meetings from September 2004 to June 2012. The specific wording dated from October 2008. Recommendations included creating pediatric management guidelines and research into the diagnosis, epidemiology and treatment of pediatric CFS.

What Was Left Out?

Since the High Priority document seems to have been assembled early in 2012, any and all recommendations from meetings later in the year, in June and in October, would have been excluded. What was left out?

Among other things, the CDC Toolkit, the IACFS/ME Primer, and recommendations involving educating educators and school nurses were dropped.

Recommendations for a standing review committee at NIH, funding for research of cluster outbreaks, and bringing together ME/CFS experts to work on the case definition all disappeared.

Recommendations concerning epidemiology of patients who are extremely ill, and concerning biomarker discovery, were dismissed. Provider education was also discarded.

Despite the fact that the CFSAC has focused often on the need for education of health care providers, this area was reduced to barely a mention in the “Centers of Excellence” recommendation.

While the document was finalized in January 2012, through the rest of 2012 until January 2013, it was never referenced or discussed in public by anyone on the CFSAC.

I don’t mind telling you that reading up on this situation made my head hurt. Whatever the intentions of the perpetrators, documents have been dispatched in a way that is fast and loose, and it is our lives they are playing fast and loose with.

Committee members were not consulted. Sentences were dropped from records. Meanings have been changed, apparently without a plan in mind. Is the purpose simply to squash the amount of time and attention ME/CFS must be given by the government? Does the meaning no longer matter so long as we don’t take up too much space?

I’ve lived with ME/CFS for two decades. I have seen, first-, second- and third-hand, plenty of slights, insults and injury over those years. I have come to see a side of life that my years of being healthy in no way prepared me for.

This is not the first time I have been disappointed and made more cynical by the (non)treatment we with ME/CFS have received. But seeing this come from “our” advisory committee adds a little extra sting, and knocks what remained of my former naivete and trust a little further off their pins.

Spotila has a wait-and-see attitude as to whether or not Schulz will act in accordance to these requests. As of February 18, 2013 there had been no response from him. The High Priority document did at least come down from the website since the letter was sent.

Spotila expressed her thanks to Public Citizen for their quick, decisive action. She appreciated the fact that, unlike the non-responses we with ME/CFS so often encounter from the rest of the world, Public Citizen recognized the importance of this issue, and understood that correcting this infraction would be in the public interest.

Such deviations should not be tolerated, where advisory committees are allowed to keep the public in the dark, rendered helpless to influence change in public policy.

Spotila encourages everyone who is concerned about this matter to share her blog post and give it as much exposure as possible, e.g. through Twitter, Facebook and other social media. She suggests that people blog about the letter from Public Citizen, and light up the issue in support groups and other contacts.

Keeping everyone informed is vital. Our voices need to be heard.

Letter to Department of Health and Human Services Regarding the Chronic Fatigue Syndrome Advisory Committee
https://www.citizen.org/hrg2095