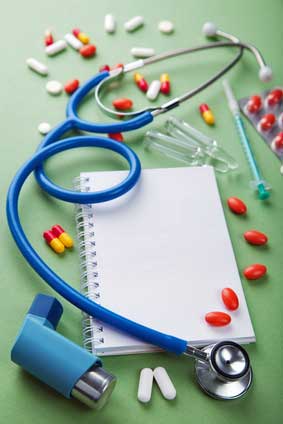 As of 2022, unfortunately, there are no conventional, available drug therapies in any country for ME/CFS.

The few specialist ME/CFS doctors that exist in some countries have their own treatment protocols, with variable results. Patients who cannot find a specialist must work with their regular doctor to seek treatment for their individual symptoms. Many patients experiment on their own.

Bear in mind that what works for one patient may well not work for another. ME/CFS presents in different ways in different people, and some scientists suspect that ME/CFS may turn out to be several diseases that, for now, are under a single diagnostic umbrella.

Warning about GET and CBT

A small minority have reported benefits from very cautious use of gentle exercise but consider carefully before following a course of Graded Exercise Therapy (GET), or GET combined with Cognitive Behavioral Therapy (CBT), because many people with ME/CFS have said that it resulted in serious or even permanent worsening of their health.

From MEAction:
GET (graded exercise therapy) and CBT (cognitive behavioral therapy) are not safe for ME – summary of survey results:

There was a prominent psychiatrist-run clinical trial called the “PACE trial”, an $8 million study that was designed to justify the use of GET and CBT in ME/CFS patients. It used faulty science and questionable data manipulation to achieve its intended objective.


A great article by the science writer Julie Rehmeyer describes some of the bad science behind this “PACE trial”. The article also covers an independent re-analysis of the data underlying the “PACE trial”. The following excerpt is important:

The [new] analysis shows that if you’re already getting standard medical care, your chances of being helped by the [GET and CBT] treatments are, at best, 10 percent. And your chances of recovery? Nearly nil.

Despite the fact that there are no conventional, available drug therapies to cure ME/CFS, many patients find that some therapies can indeed reduce their symptoms.

The list of such therapies that patients use to reduce their symptoms is very long, and it is important to remember that what works to reduce symptoms for one patient may not work for a different patient.

To get an idea of the types of therapies that patients use to reduce symptoms, you can take a look through some of the following discussions from our patient discussion forum:

Are strong anti-inflammatories or immunosuppressants helpful or hurtful for people with ME/cfs? Are they helpful in the short-term, but harmful in the long-term, or is it more complicated and individual than that?

Many people with ME/cfs have tried vitamin B12 supplements.  But not everyone has had the same reaction!  We made a poll to better understand people’s very different reactions.

If you’ve been around the ME/cfs community long enough, you’ve probably heard some hype about “methylation” or the “methyl-folate trap”. But what does the published science really say?

Glutathione is an important natural antioxidant in humans. Neuroimaging studies have found low glutathione in ME/cfs brains.  Could supplements that boost glutathione, such as NAC, be helpful? What types of startup side effects might one expect?

Someone told me that NAC can worsen the “methyl-folate trap”.  Is that true?

What are the different types of supplemental choline and which ones are “natural”? Does choline relate to methylation in any way? What negative start-up effects should I expect?

Do you wonder why some people find that Ribose gives them more energy? It may be because Ribose supplementation appears to restore cellular levels of the critical energy molecule ATP!

Alpha-lipoic acid (ALA) is a natural part of the human mitochondria, so some people take ALA to boost mitochondrial function. But is there a difference between taking the R-ALA supplement and the regular ALA supplement?

What is the safest form of supplemental selenium?  Is it seleno-methionine or methyl-seleno-cysteine?

Low-dose naltrexone (LDN) is sometimes prescribed for patients with ME/cfs, although little research has been performed, and it’s still unclear how it works. A group of British doctors published a series of three case studies.

Abilify is a drug that is poorly understood and is often described as an “atypical antipsychotic”. Nonetheless, some ME/cfs patients have found it helpful at relieving their symptoms. For how long might it work before it stops helping?

Some ME/cfs patients report that saline blood infusions reduce their orthostatic intolerance by increasing their blood volume, but there has been little research in this area. A physiologist followed one patient after an exercise test and found that saline infusions reduced the duration of their PEM.

A scientific study found that orthostatic intolerance reduced blood flow to the brain by 25% in tilt-table testing. When patients wore tight socks called compression stockings, it was only 14%!