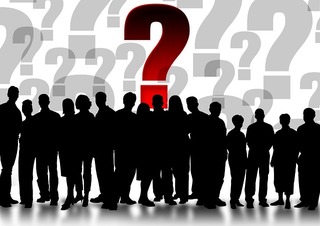 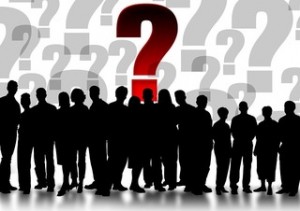 ME/CFS is not alone in its symptoms and presentation. In fact, there are quite a few conditions that seem to have similar features. But does that mean that the other condition is related to ME/CFS in some way?

Finally, there may be any number of other ways that a condition can be considered a “related condition” to ME/CFS. In many cases, it remains profoundly unclear if the condition is truly a symptom, a common comorbidity, a differential diagnosis, or something else entirely!

To get an idea of some conditions that are related to ME/CFS, you can review the following relevant discussions from our community forum:

Here we try to collect together all the discussions that might be relevant to “Long Covid”, the condition(s) that many people end up with, months after an infection with the novel coronavirus. These people are often referred to as “Long haulers”.

Brain inflammation and viral infection of the brain have been documented in acute COVID. But could the virus persist in the brain? And what might this mean for Long Covid? Could there be a more subtle type of neuroinflammation in Long Covid?

Some patients with Long Covid suspect that their ongoing symptoms are due to the coronavirus persisting in their body. A scientific publication took a close look at this possibility.

Six different research groups have now independently reported persistence of the coronavirus – inside the gastrointestinal tract – for many months after infection!

Fibromyalgia is perhaps the most well-recognized common comorbidity in ME/cfs. But how much do you know about the current diagnostic criteria for fibromyalgia? Did you know that the core symptoms include physical/mental fatigue and unrefreshing sleep? Did you know that the diagnostic criteria lists cognitive dysfunction (brain fog) as a “major feature” and hypersensitivities to light, sound, odors, etc. as “common complaints” in fibromyalgia?

One study found that fibromyalgia patients may have antibodies that attack the Dorsal Root Ganglia (DRG). The DRG are the pain processing nodules that run along the spinal cord. What is the impact of inflammation in the DRG?

There has been a long, acrimonious debate about whether the bacterium that causes Lyme Disease can persist in the human body after multiple rounds of antibiotics. New case studies show that it is indeed possible. But just how common is this phenomenon?

How can you tell if you have the type of peripheral neuropathy known as Small-Fiber Neuropathy (SFN)?  And is there a connection between SFN and orthostatic intolerance in ME/cfs?

If you are an ME/cfs patient with Irritable Bowel Syndrome (IBS) and dysautonomia, do you notice any correlation between your IBS symptoms and your dysautonomia symptoms? A few studies seem to suggest that IBS might be a form of dysautonomia.

Some ME/cfs patients are diagnosed with Small Intestine Bacterial Overgrowth (SIBO). Although there are treatments, SIBO often returns after each treatment.  Could SIBO be related to dysautonomic control of intestinal movement?

One study found that up to 50% of patients with ME/cfs had evidence of joint hypermobility, which may indicate reduced collagen in the joints. What might be the possible relation to Intracranial Hypertension (IH) or Craniocervical Instability (CCI)?

Mast Cell Activation Syndrome (MCAS) is a diagnosis that is increasingly being applied to situations where mast cells are unusually activated. But what might cause this unusual activation in the first place?

A common question that people ask is: “Are there any other conditions that also come with Post-Exertional Malaise (PEM)?” One such condition that seems to be mentioned regularly is Post-Concussion Syndrome (PCS).

Hashimoto’s Thyroiditis is a common comorbidity in people with ME/cfs. What sorts of issues arise with diagnosis, management and treatment?

Is there a relation between Hashimoto’s Thyroiditis and the viruses that trigger ME/cfs?

Pancreas problems sometimes occur in ME/cfs patients, including low-level pancreatitis and Exocrine Pancreatic Insufficiency (EPI). In EPI the pancreas fails to release enough digestive enzymes, so the intestines have trouble absorbing nutrients from food, leading to other problems due to insufficient nutrients. If EPI is properly diagnosed and treated, could it improve other symptoms?

We all know the stigma of ME/cfs all too well. But ME/cfs is not the only stigmatized neuroimmune illness triggered by infections. Hear the sad story about a boy suffering from PANS (Pediatric Acute-onset Neuropsychiatric Syndrome).

Acute Flaccid Paralysis (AFP) is a sudden onset of weakness or paralysis in the limbs that appears to be linked to viruses. Many countries have consistently reported yearly cases of AFP to the World Health Organization for years, but not the United States. What is happening in the United States? Are the cases of AFP being misdiagnosed as “Functional Neurological Disorder”?