MEandYou and All of Us: 90 Days of Stunning Achievement and a Look to the Future 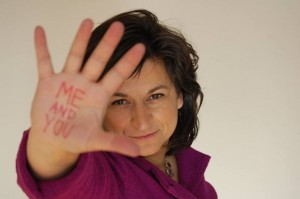 On 9 March, ME/CFS patient Dr Maria Gjerpe started a 90-day campaign to raise $1.2 million (£780,000, €920,000) to fund a confirmatory trial of the effects of immune drug Rituximab on the disease at Haukeland Hospital in Norway. Ninety days because that’s all she could confidently commit: she herself had gone from bedridden to completely well on Rituximab in a pilot study at the hospital but she knew that 80% of patients relapsed after several months.

As Maria worked 12-hour days without a break, the campaign rapidly went international and patients and supporters from all over the world piled on to make it happen. And we’ve never seen anything like it.

After 90 days, over 3,500 people from 20 countries have donated over $430,000 (£280,000 €330,000) in an unprecented torrent of money from the ME community and others whose attention and compassion were caught by the campaign. Response within Norway itself has been phenomenal. Everyone, from individuals such as Tyr who went on a drinks-can refund odyssey (see the video clip), to businesses such as Gantic AS who donated a valuable industrial elevator for auction, to politicians such as Prime Ministerial candidate Erna Solberg, joined in. 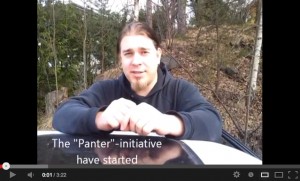 Maria got media coverage not only in Norway but even in major German news magazine Der Spiegel; she talked about MEandYou during her health policy lectures to audiences of hundreds; she blogged, she Facebooked, she tweeted, she opened an online shop, she entered MEandYou in online contests – a record 8,000 supporters flattened the opposition to win $17,000 (£11,000, €13,000) in the recent Stormberg competition – she organised a demonstration outside Parliament; and when she handed over $230,000 (£150,000, €170,000) to delighted researchers Drs Fluge and Mella on TV in a bankvault, the bank and another charitable foundation handed over another $87,000 (£56,000, €66,000) between them.

By 5 June, as a two-day meeting started of Norway’s Medical Research Council to decide on the latest round of funding applications, including the Rituximab trial, fully a third of the trial’s funding had been raised by MEandYou. Maria was all over the Norwegian media saying that it was wrong that the burden of funding the trial was falling to patients, many of whom were donating from their benefits and savings, and that it was surely time for the government to step in and fully finance the study.

After an anxious wait, the good news came out – the Research Council had given a large grant to the trial. The amount hasn’t yet been confirmed, although it is known that it won’t be sufficient for full funding. But it is enough for Drs Fluge and Mella to begin the trial, recruiting patients from all over Norway who have been referred to the Haukeland Hospital. And the start of the Norwegian study isn’t the only measure of success: no doubt emboldened by MEandYou’s achievement, UK charity Invest in ME is joining the necessary international effort to validate the Rituximab findings by starting a fund for a confirmatory trial in Britain.

Although Maria’s 90 days of active fundraising now ends and the research can begin, the rate at which the trial can progress will depend on how quickly the remaining money is raised. Maria has many pending applications to businesses and charities that might produce more cash but we can all continue to donate via Maria’s site as before. Payment can be made here by credit card, bank transfer or PayPal (scroll down for overseas payments), and Maria will continue to update her Facebook page with the new numbers.

This really has been a phenomenal campaign. Maria, with her upbeat attitude, made MEandYou fun and inspiring: something that people were excited to join in with. We owe her a tremendous debt of thanks. Her preferred way to receive thanks would be to donate more but you can also express your gratitude by signing this e-card, kindly set up by forum member Parvofighter.

I asked Maria what she was going to do now and I thought she’d say she was going to go on a cruise or do something nice for herself now that her 90-day marathon was over, but no. She has founded a corporation to work with patients, doctors and the healthcare system to provide technological tools to help exploit the health data starting to be gathered by people’s cellphones, among other innovations. “There is a huge gap to be filled in this area,” she says, “and I will be one of those who will fill it – and thereby change the healthcare system inside out.”

She says to her supporters, “Thank you so much for all the support and the trust that you have given me, people from all over the world. This has been a really touching ride for me. Thank you for believing. Thank you for joining me and for walking in the same direction. We made history. Be proud. I am. High Five!”

I dearly hope that Maria is one of those who don’t relapse after Rituximab and I’d like to thank her for the sacrifice that she has made of this precious window of good health to do something that has brought hope to so many patients.

The Inventory of MEandYou: Maria looks back at her campaign

An introductory and an update article about MEandYou on Phoenix Rising

Remember that Phoenix Rising costs money to run and needs your donations to support it. Please hit the button below and donate!