Naturopathy: Happy Anniversary to Me and Dr. Upcott

It has been seven years since Jody Smith began seeing her Naturopath Doctor. Time then for a brief reflection on the extent to which a variety of interventions may have helped move Jody forwards in her own battle with ME/CFS… 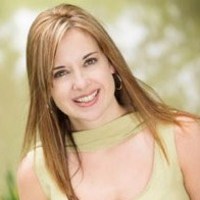 February, this year, marks seven years since I began seeing my naturopath, Dr. Kelly Upcott. For six and a half years, I saw her every month, and if, for some reason, there was five or six weeks between appointments, I would begin to deteriorate rapidly. But all that changed last summer.

Circumstances prevented me from getting in for two months, and we were both pleased to find that there had been no setbacks. We scheduled my next appointment for three months later and again found that I was fine for that long a stretch.

For the last couple of years, most of what we did during my visits was a half hour of conversation about how things had been, and half an hour of acupuncture.

In the beginning, things for were very different for me than they are now…

I was dealing with a lot of pain. I needed pillows on the armrests of my chair, which she kindly provided, to protect my sore arms and hands. My memory and cognitive function was so poor that she had to write down everything I needed to remember from the appointment. And my husband would drive me home after each appointment and I would be straight off to bed – to recover from utter exhaustion and cognitive collapse.

The first supplements she put me on were vitamin B12 (methylcobalamin), omega-3 oil and a tincture from her office called Deep Immune and then after a few months, she gave me some little black things called ‘ear seeds’ for auricular therapy (see link below).

She taped two in specific acupuncture spots in each ear and instructed me to press on them frequently throughout the day. This pressure was supposed to help regulate internal organs, their structures and functions. When any of the seeds came loose, I was to replace them from the little box of seeds she sent home with me.

Naturopathy appointments used to exhaust me to the point that I would spend the next day or so in bed to recuperate. But by about my fifth visit, my recuperation time had decreased to only one day in bed. Then it soared back up to a couple of days recovery time after she introduced acupuncture, sticking needles in specific locations in my face, top of my head, ears, and spots along my arms, legs, in my hands and feet.

I went home after the first acupuncture treatment in a fog, and sometimes things hurt worse for a few days after a treatment. This was the case for several months of acupuncture. But, eventually, I was able to come home from acupuncture feeling no ill effects.

I had already been on a low carb diet for five years which I think had helped to reduce many of my cognitive, digestive and neurological symptoms. To help with a leaky gut and a poor digestive system, she had me start juicing, and advised me to get some liquid chlorophyll, to be mixed with a glass of water daily. To aid in detoxification and relieving the overload on my liver, she suggested I get a loofah and practice dry skin brushing.

To reduce congestion and pain in my throat and in the glands under my ears and in my neck, she gave me a jar of Lymphagen ointment which promotes lymph movement. It made a difference almost immediately. My nose would start to run, and the phlegm in my throat would break loose within minutes. And the chronic soreness and congestion gradually went away over a period of a few months.

Using sinus lavage (normally recommended to be done with a ‘neti pot’ but my turkey baster did just fine) with water that had been boiled and cooled along with a little salt, ultimately ended the last vestiges of vertigo, as well as the ‘ticking’ and ‘squeak’ I used to hear in my ears (see note below).

By the end of the first year of naturopathy, I no longer had intense pain and stiffness in my hands. I no longer had to go to bed for two hours at a time, three times during the day. I no longer had chronic sore throats, ear aches and congestion in my ears. My ability to think was returning, and I was no longer so dizzy or so disoriented as I went about my tiny day. The feeling of vibrating all the time was drastically reduced.

I went in to see her that first time in February of 2007 with no hope. In a matter of a few months, I began to think that maybe there was something more, something better, in my future. So far, so good.

Please note: When practicing sinus lavage, it is important to use distilled water or water that has been boiled and is sterile. Plain tap water can contain bacteria, leaving you vulnerable to possible infection. Two people died in the United States in 2011 after flushing their sinuses with tap water from a resulting infection.

Read more of my journey: