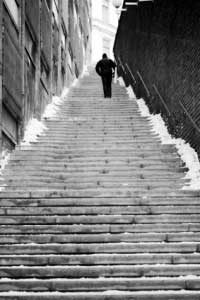 
Depression is a significant risk factor. While 80% of people that seek treatment for depression are treated successfully, 15% of those who are clinically depressed die by suicide. Nearly half of those who commit suicide have been admitted to a psychiatric facility at some point. The most dangerous time for them is just before and after discharge