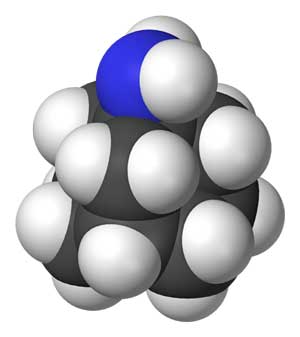 Amantadine is an antiviral and central nervous system stimulant that inhibits viral infection of the cell and increases dopaminergic activity in the brain.

Amantadine interferes with a viral protein needed to ‘uncoat’ a virus once it enters the cell. Amantadine’s mode of action in the central nervous system is unclear but appears to involve increased dopamine and perhaps norepinephrine release.

Amantadine May Be Helpful in Chronic Fatigue Syndrome (ME/CFS) Because it has antiviral activities and because it may enhance the activity of a part of the central nervous system (dopaminergic functioning) that may be underactive in chronic fatigue syndrome (ME/CFS). Amantadine can effect several symptoms (fatigue, muscle stiffness) found in ME/CFS/FM.


Chronic Fatigue Syndrome (ME/CFS) Doctors Report  – Over a small sampling of patients Dr. Bell found that 40% could not tolerate the drug (mostly due to jitteriness and anxiousness) and 40% reported from moderately improved to excellent results. Amantadine seemed to be most effective in treating moderately ill patients. Dr. De Meirleir reports Amantadine relieves fatigue in some ME/CFS patients.

Dose – Dr. Bell reports that the standard dose of 100 mg twice daily causes jitteriness and exacerbates symptoms in ME/CFS. He starts at half a teaspoon a day (25 mgs.) and works his way up to 50 mgs.

Side effects  – Amantadine is reportedly generally well tolerated (but seems to be less so in ME/CFS overall). Side effects can include dizziness, trouble sleeping, nausea. Rare side effects include shortness of breath, swelling of hands and feet, nervousness, anxiety, difficulty in concentrating, and exacerbations of pre-existing seizure disorders and psychiatric symptoms, etc. Very rare cases of suicide attempts have been reported in people without psychiatric symptoms taking short-term courses of Amantadine for the flu.