“A Time to Every Purpose Under the Heaven” 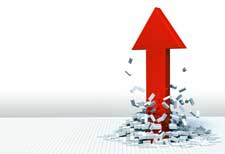 Ecclesiates says there is a “A time to every purpose under the heaven”. I suggest that our time is now.

ME/CFS has been ignored and kicked to the side of the road for decades. Twenty-five years later – long after it has been shown to afflict at least a million people in the US and inflict billions and billions of economic losses annually in the US – it still receives amongst the lowest amount of funding of any disorder. Chronic illnesses that effect fewer people and cause less damage get hundreds of millions of dollars a year in funding while we get a few million a year…droppings from the NIH’s table.

The message we should all deeply get is that they don’t care about us! The fact that there a million sick people out who are not getting treatment matters little to them. Other things matter much more. The cavalry is not coming to the rescue!

The Possibility and Danger – As a community we may be too confident in the ability of XMRV to transform the field. The uncomfortable question we should be asking ourselves is what if, god forbid, XMRV does not work out? And if it doesn’t how can it still serve us? Has it provided us a possibility that we have not fully taken advantage of? Are we missing an opportunity that we will mightily regret later on? I think it has and we are in danger of missing it.

Men at some time are masters of their fate
— Shakespeare, Julius Caesar

Leverage = Opportunity. For the first time in decades we have some leverage. XMRV has thrust us into the news. ME/CFS is being talked about. NIH officials are actually meeting with patients. We have an opportunity we have not had in decades.


It could be that we are masters of our fate right now – that there is a tipping point we have available to us. It could be that right now we can use the attention XMRV has provided to display the almost criminal disregard the federal government has shown this disorder and force them to change.

Make no mistake. If XMRV does not work it we may very well go right back to being the same criminally ignored disorder we were before. Twenty-five years of downplaying ME/CFS at federal level will not disappear of itself. The same bureacrats that have held their noses at us and laughed at our requests for even a semi-decent level of funding will still be there. They may be able to thumb their noses even more if XMRV does not work out.

This is why I am supporting the ME/CFS Worldwide Patient Alliance’s Campaign to put an ad in the Washington Post to take advantage of the situation now. Hopefully XMRV will work out. I am confident, in fact, that it will. But if doesn’t then we’ve just missed an opportunity of historic proportions to enlist people in our cause. Can you imagine seeing this splashed across a page of this newspaper?

“Has ignoring this group of patients allowed an incurable retrovirus to contaminate the blood supply and infect up to 7% of the American population?”

I would love to find out what effect this would have Many people have given over the last 10 months but I say
Once more unto the breach, dear friends, once more,
Shakespeare, Henry V
Let’s give the ME/CFS Worldwide Patient Alliance a little bit more and give them the chance to splash their ad over Washington. They are over half way to their goal, they need about $2,000 more dollars to go. Let’s get that ad up there now and see what happens!