In the second and final part of Andrew Gladman’s journey, he finally receives the diagnosis that best seems to fit his symptoms, but as his health shows no sign of improving, he reluctantly decides to withdraw from his biochemistry degree and spend more time to try and reach an accommodation with his illness… 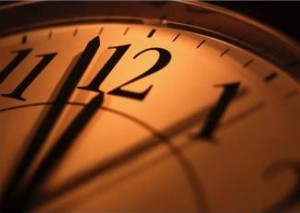 “It was early November 2012 and I found myself in a ragged state, to say the least. I’d been back and forth to the surgery countless times, and was now on first name terms with the receptionists. Yet the doctor’s own attitudes towards me grew increasingly infuriating – some even believing I was simply having trouble settling into university!

It was around this time ‘anxiety’ began to appear on my medical records. I must admit I was increasingly concerned at the failing state of my health and this inability to recover. I even thought at one point I might have fallen foul of cancer – given the swollen lymph-nodes I was still experiencing. I just could not accept that I could feel so ill for so long, and not have something obviously wrong with me – something that they should be able to find!

I had been prescribed everything from antibiotic ointment for my skin to antibiotics through pills for my new-found irritable bowel-type symptoms – one doctor even believed a mild case of acne was to blame for my many swollen nodes in the underarms, neck and behind the ears along with my other endless symptoms…

Suffice it to say that all of these pills did little to help my core symptoms and nor did the anti-emetics, that I was prescribed for the relentless nausea and vomiting. I was growing more weary by the day and it was at this point that one of the university doctors suspected I may have picked up glandular fever/Epstein Barr Virus. I was then promptly referred to an infectious diseases outpatients department to undergo thorough testing.


The hospital was located in nearby Coventry, so I decided a bus ride was the best option. After an arduous hour-long journey, I arrived, forlorn, at the hospital. How I came to regret that journey. I can distinctly remember the phone call I received some time later. A rather ecstatic nurse called with ‘good’ news – and I was distraught. I was no closer to knowing why I felt so awful: the tests had revealed nothing — no EBV and no CMV — and everything else was 100% normal.

I seemed to be back at square one. I settled into the undesirable pattern of frequenting the campus health centre, whilst trying my best to attend as many of my lectures and seminars as I could, but finding that much of the time I needed to just lie on my bed and rest. I also began to feel sorry for myself – things felt beyond my control and I seemed to have nowhere left to turn…

But time marches on, and I decided to try and confront the situation. After a discussion with my head of studies, I was allowed a one week absence to relax at home. The week was bliss compared to the hectic life I experienced at university and without the lectures and other commitments, I began to feel better – not close to normal but the feelings of despair diminished, and I could once again laugh and joke around.

That week proved all too short and when I returned to university, the campus lifestyle took a greater toll than ever. I broke down many times and by the end of the winter I was attending few lectures due to a combination of fatigue, nausea and widespread malaise. The only thing keeping me going was the thought of a week at home for Christmas.

By this time, I had resorted to searching the internet to try and find answers. I realise this is an often silly thing to do as I’m not a doctor and do not claim to be one, but I needed to find something and it seemed the answers were not coming from anywhere else.

The first things coming up were cancers such as lymphoma – which is the last thing you wish to read! However, one thing did jump out at me, ‘Chronic Fatigue Syndrome’. The symptoms seemed to match my own quite well and with a little further research I discovered that vaccines can act as a trigger.

Seemingly, I had a potential answer. I brought it up at my next appointment with the campus doctor and he agreed wholly with the diagnosis – even mentioning that they were coming to the same conclusion themselves given the symptom picture and the clear tests. Finally I had a possible answer for why I had been so ill!

Christmas started off a little rougher than I’d have hoped for, with symptoms, anxiety and the depression lingering a little longer than I’d have liked; but thanks to my mum’s advice to take 5HTP, I managed to lighten up a little and by the end of the month I felt quite a bit better. Amazingly, even the nausea, which had haunted me doggedly for the previous three months, lifted – perhaps I was even getting better? Or so I allowed myself to think…

During this time my home GP referred me for CBT, but after one appointment the therapist agreed that my problems were stemming from the ongoing illness and symptoms, and I was removed from her care. Looking back, the therapist was very astute to notice this and I’m thankful for her honesty.

A painful but necessary decision…

Before I knew it I was back at university, and over the first weeks of the new term, I suffered what would best be described as a slow decline until once more I was back to rock bottom. The weather took a turn for the worst and snow coated the roads on the weekend I was due to return home to rest up once more.


I took the initiative and journeyed home by train – despite it being very arduous. I soon payed for my idea and remained at home feeling weak and ill for the remainder of that week. It was around this time that the symptoms of terrible headaches and an internal tremor upon exertion, specifically in the legs, were also noticed for the first time.

Returning to college once more, I decided that enough was enough, and after discussing with my parents and my head of department I began the process of registering for a temporary withdrawal from my university course. I couldn’t face the continued decline, and I was attending little to no lectures anymore due to my illness.

By the start of February 2013, I was signed off and I returned home the following week. Despite the relief of knowing I now had time to relax and concentrate on myself I still experienced some guilt and was reluctant to make this choice. It’s a particularly unpleasant feeling to walk away from something that you’ve put so much work into doing, but at the time I simply had no choice in the matter.

It was at this point that thankfully things slowed down and I have managed since then to feel a slow improvement in my symptoms. The months between then and now seem to have flown by in something of a haze. The summer was unpleasant given my hay-fever which left me with sinus headaches for several months. And the heat wave in the UK did little to help my headache and fatigue — especially given my new-found heat-intolerance — however, in the cooler weather I feel much better now – not close to normal but I can survive quite adequately and even manage to get out a little.

As strange as it sounds I’ve taken to wearing shorts a lot now since I feel better when cooler – it’s strange what illness can do to you. The symptoms still haunt me but I now have a sense of control over them. I realise I’ve done little in this narrative to explain how exactly I feel I’ve improved, but it appears to be a simple case of pacing and relaxation – contrary to the medical advice I’ve been offered I hasten to add!

The only thing I consciously do with regularity, is to have a lie down at roughly 3pm every day and relax for 10-15 minutes. I find this refreshes me and takes the edge away from whichever symptoms are plaguing me. But if I feel the symptoms such as fatigue or headache are worsening, I rest until they pass – and that way I can stay one step ahead and prevent too much turbulence.

I’ve continued visiting my family doctor, doing numerous tests to rule out other conditions so be can be sure of the diagnosis I have – which is looking quite solid. It’s very easy to give up somewhat upon receiving this particular explanation, however I urge anyone with CFS/ME to continue pushing for the appropriate tests to rule out known causes of similar symptoms, such as Lupus, Multiple Sclerosis or thyroid issues.

I found through these visits that I had quite a severe vitamin D deficiency, so severe in fact that I was suffering with secondary hyperparathyroidism as a result of it. Thankfully this is now stabilising and the treatment has helped to ease the muscle and joint pain that I’ve been suffering from.

Without trying to sound like a salesman, the one major thing that has helped me is joining the forums here at Phoenix Rising. I actually signed up in February 2013, but didn’t become very active until mid July, and was spurred into the debating by the excitement surrounding the proposed Rituximab Trial from University College London and Invest in ME. It seems an awful cliche to discuss the friendly group of like-minded and understanding people but that perfectly sums up what Phoenix Rising has meant to me.

Throughout this last year I’ve felt incredibly isolated, with no-one understanding and often not believing the illness that had been haunting me. However, here at Phoenix Rising no one doubts or questions you, there are threads with heated discussions regarding the latest research and editorials spelling out the latest news, ideas and personal stories from across the globe – all presented in a clean and concise manor with easy to understand text.

It is for this reason that I felt honored to be contacted on the forums and offered a spot on the content team. I have to admit it has given me a new-found sense of worth in a world of illness that strips it away. I wholeheartedly encourage anyone with the ability or desire to join the team to do so – it is a natural extension of the forums and gives back a sense of purpose which I honestly thought I’d never regain.”

This is the final part of a two part story, and you can read part 1 here.

If so, then you can contact me (‘Firestormm’) through the Forums (using our ‘conversation’ or PM feature) or send me an email to ask for more details or to outline any ideas you might have (russell@phoenixrising.me).