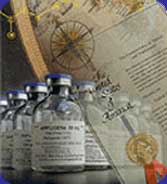 Short-take: Hemispherx provides added proof of Ampligens efficacy in ME/CFS and allays safety fears but is it enough?

Hemispherx has published a major study on the effects of Ampligen (Rintatolimod) on CFS. Ampligen has been under the gun since the FDA’s refusal to approve the drug in 2009, pending more study.

A Big Blow – In what journalist (and Hemispherx critic) Adam Feuerstein called a ‘staggering blow’, in Dec. 2009, the FDA told Hemipherx that it could not approve Ampligen’s use in ME/CFS until the following issues have been settled. Hemispherx needed to:

The FDA asked a lot for a small company when it asked for an expensive 300 person study and Hemipherx stock prices plunged 43% on the news. A strong skeptic, journalist Adam Feuerstein noted that Hemispherx has unsuccessfully attempted to prove the drug works in a ‘dizzying’ array of diseases (hepatitis B and C, smallpox, HIV, ebola, avian flu , swine flu- HINI) and predicted the drug would never be approved. (Shortly after the XMRV Science paper, in an ill-fated move, Hemipherx embarked on studies attempting to prove Ampligen efficacy in treating XMRV infected patients.) Feuerstein suggested the company might not be able to financially meet the FDA’s demands.

Now in a study featuring some of the most well-known CFS providers (Dr. Peterson, Dr. Bateman, Dr. Lapp) they’ve provided the FDA with their best response to its concerns. This placebo- controlled, double-blinded, crossover study may be a make or break moment for Ampligen. The catch? This is not new data – this data comes from a 8 year old NIH study that was finished long before the FDA review in 2009.

Tough Test – Hemispherx had a tough test. The ME/CFS patients taking Ampligen had to become physically stronger; specifically they had to walk significantly longer on a cardiopulmonary exercise test than those who were taking saline solution. (Hemispherx originally used Karnovsky (functional self-assessments) as the end-point for their studies but Karnovsky score increases (50-55), while helpful, were not particularly significant).


Hemispherx looked at past exercise tolerance studies to determine how much improvement the FDA has needed to approve drugs that purport to improve exercise tolerance and found that the magic number was “6.5”. They felt if they could show that people on Ampligen walked 6.5% longer than the people on the saline solution Ampligen should – according to the past history of FDA decisions – have a good chance of getting approved.

A Sick Group – with Karnovsky scores from 40-60 this group was pretty ill. The median Karnovsky score for the group was 50 which translates out to ” requires considerable assistance for daily care”. (Hemispherx called the study members ‘severely debilitated’). Most were middle-aged women (67-77%) (average age 43 years) who had been ill for about 9 years. Given the quality of the doctors participating in the study there was no question about whether they had CFS or not.

This was a big study over 200 people starting the study and with 194 patients completing it.

The Test – the participants were asked to walk until they could walk no more on a treadmill which tilted up and got harder to walk on the longer they walked.

Conclusion -Hemispherx has taken two extensions, the latest coming earlier this year, from the FDA for its response to the FDA concerns. This study looked to be that response but it appears that this study simply analyzes data taken from a 2004 study….Hemispherx appears to hope that this analysis of the old study results will help them with the FDA.

Will it be enough? Disorders for which no drugs are available can get a break with the FDA but Hemispherx has not yet responded to several of  the FDA’s concerns; it did not do a 300 person study, did not assess responses to different doses and did not do a rodent study.

Is Ampligen the cure for ME/CFS? Not according to this study but it does appear to have passed several FDA criteria for approval. While the results weren’t stunning we know that some people do very well on Ampligen and if the FDA approves this drug determining who it works for will be important and could ultimately help to subset this disorder. Hemispherx believes the work its doing with a biotech firm called Chronix (see below) will allow it to pinpoint individuals who will benefit from the drug.

In March 2011 Hemispherx announced that it and Chronix had joined forces to produce a diagnostic test for ME/CFS using advanced DNA sequencing techniques. Howard Urnovitz, Chronix CEO suggested a revolution in understanding ME/CFS was in store stating

“”We capture what is happening to the DNA very early in and throughout the disease process, in real time, and patient by patient,” Howard Urnovitz, CEO and CSO of Chronix Biomedical, said in a statement today. “That’s how our approach differs from other tests that focus on static genomic data or protein biomarkers.”

The companies applied for a patent for a blood test for ME/CFS and stated their new technology would also reap dividends in determining which types of CFS patients responded to Ampligen.