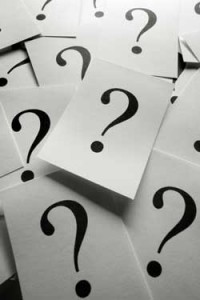 On June 12, twelve ME/CFS organizations (including Phoenix Rising) and twenty-three advocates wrote to William B. Schultz, General Counsel of Department of Health and Human Services (DHHS), calling for an immediate investigation into the alleged intimidation of three voting members of the CFS Advisory Committee (CFSAC).

Enclosed with the letter to Schultz was a transcript by Joe Landson of the section of the May 23 CFSAC meeting in which Eileen Holderman stated that Dr. Nancy Lee, the Committee’s Designated Federal Officer (DFO), had intimidated her and two other Committee members, and Dr. Mary Ann Fletcher stated that she had been threatened with eviction from the Committee for expressing her views.

The letter emphasizes that, if CFSAC committee members have been intimidated for expressing their views, that would materially impair the committee’s independence and its ability to formulate recommendations to the Secretary – and yet neither Dr. Lee nor the committee’s Chairman Gailen Marshall have made any public comment on the allegations, nor have they promised to investigate the allegations or take corrective action.

You can see the letter here, and the text of the letter is reproduced below.

Dear Mr. Schultz,
On behalf of the undersigned organizations and individuals, I am writing to request your immediate investigation into alleged intimidation of three voting members of the Chronic Fatigue Syndrome Advisory Committee (CFSAC), a Department of Health and Human Services advisory committee housed within the Offrce on Women’s Health. As organizations and advocates serving patients with Chronic Fatigue Syndrome (CFS), we have a longstanding interest in federal policy regarding CFS.


At its most recent public meeting on May 23,2013, voting member Eileen Holderman stated that Dr. Nancy Lee, the Committee’s Designated Federal Officer (DFO), had intimidated her and two others. Voting member Dr. Mary Ann Fletcher stated that she had been threatened with eviction from the Committee for expressing her views. The third member subjected to the alleged intimidation was not identified. We have enclosed a transcript of portion of the meeting during which these allegations were made, and highlighted the allegations on pages 3 and 4.

The independence of the CFSAC and the balance of views among the membership are essential to its advisory role. Threats or intimidation of voting members for expressing their views, particularly by the DFO, would materially impair the CFSAC’s ability to formulate recommendations to the Secretary. Despite the seriousness of these allegations, neither Dr. Lee nor Chairman Dr. Gailen Marshall made any public comment, nor did they promise to look into the allegations or take corrective action.

Therefore, we must ask you to investigate these allegations immediately, and establish whether any voting member of the CFSAC has been intimidated or threatened for expressing their opinions.

Thank you for your prompt attention to this matter.

Mary Dimmock, for the undersigned organizations and individuals