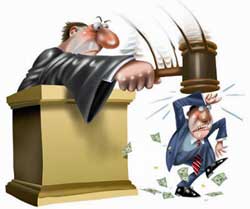 I’ve had a lot of mail lately about the CAA. The recent comments, and absence of meaningful commentary, by Kim McCleary, the president of the CAA, on CNN, are a disgrace: The fact that Suzanne Vernon, the Director of research, has 30 papers on PubMed coauthored by William Reeves, most recently in 2009, pretty much puts the nail in the coffin for me.

I love the transparency and commitment to objectivity Dr. Deckoff-Jones has shown in her blogs regarding the WPI’s objectives and to her antiretroviral treatments. She’s dealt with often emotional topics in admirable fashion and I look forward to watching her help create a vibrant and creative clinical environment at the WPI. (See From the Patient Side: Dr. Deckoff-Jones Talks.) In this case, however, I think she’s wrong.


A look at the papers themselves (see the list below) indicates that they are almost all on CFS pathophysiology.. They included studies on immune (complement) activation during exercise, gene expression levels in people who came down with CFS after an infection, genetic differences in HPA axis receptors, mitochondrial dysfunction after infection with Epstein Barr Virus, auto-antibodies in CFS, mycoplasma, sRNA gene sequences, gene expression and biomarkers, economic impact, etc. molelcular profiling, etc.

These papers, however, don’t begin to tell the story of her time with the CDC or with CFS. While working with other CDC and outside researchers she published papers on cytokine networks, a theory of HPA axis bistability suggesting a novel way to return the axis to proper functioning, gene expression network analysis, inflammatory immune signaling, neuroendocrine and immune network remodeling, genetic evaluation of the serotonergic system, gene expression and exercise. Some of these are on subjects the WPI is researching right now.

It’s important as well to draw the distinction between studies which she initiated (was the chief author) and which she was a part of (see the last list). These studies indicate an unfailingly interest and curiosity in the pathophysiological side of ME/CFS with a particular interest in viruses. (In the Empirical Definition study which is referred to so frequently referred she is the second to last author note which is the least significant place to be; the most significant being the first author (study initiator) and last author (senior author overseeing the project)