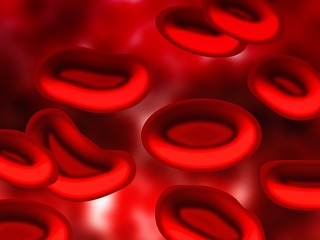 Without Dr. Rey, none of what is happening at NSU for Chronic Fatigue Syndrome and Gulf War Illness would be possible, Dr. Klimas said.

Lymphocytes the main focus of study

Dr. Rey said that lymphocytes are the main focus of study. She explained a little bit about the blood tests that are taken, displaying the information on the screen.

An Immunologic and Biologic Illness

Dr. Rey described CFS/ME as an immunologic and biologic illness. She reported that CFS/ME patients have lower than normal NK cell activity. She described Natural Killer cells as the SWAT team of the immune system, on the lookout for invaders like tumors or viruses.

Dr. Rey said that she is always looking for markers for things that can be treated. They make a practice of testing for the following viruses:

CFS/ME is associated with sleep disorders, as well as endocrine disorders such as thyroid, adrenal, pituitary and sex organ problems. Dr. Rey said that just treating one aspect of the syndrome doesn’t help much. If you don’t address all components, it’s hard to bring any improvement.

Autonomic disorders involve abnormalities in blood pressure, heart rate and temperature. When you push the autonomics, Dr. Rey observed, the disease in general seems to get worse.

Mood disorders can accompany this illness. Dr. Rey emphasized that mood disorders may result just because of the loss of so many aspects of a patient’s past life.

Sleep disorders can include:

Dr. Rey put the CDC Criteria for Chronic Fatigue Syndrome up on the screen:

The individual has had severe chronic fatigue for 6 or more consecutive months that is not due to ongoing exertion or other medical conditions associated with fatigue. The individual concurrently has 4 or more of the following 8 symptoms (CDC: 2012)

Dr. Rey moved on to a screen that read Meet The Cells of Immune System:

Then it was on to the Members of the Lymphocyte Family:

Dr. Rey went next to a screen about Immunologic/Virologic Testing checks:

Products: Cytokines are messenger proteins made by the cells. Some cause inflammation, others help the cells with antiviral or antibody production. Some are anti-inflammatory

Numbers: T cells, B cells, NK cells and their activity state of mind — activated or quiet, memory or naive

Dr. Rey said that this information was not up on the screen because they discourage people trying to treat themselves with Immunovir due to its possible side effects. They start first with things that cause the least amount of side effects, which are the antioxidants.

Studies have indicated it can be beneficail to use antivirals for treating the herpes family viruses.

Famvir, Zovirax or Valtrex, Equilibrant and Valcyte may be prescribed.

Dr. Rey recommends that people start supplements in small amounts and slowly increase, because most CFS/ME patients have a hard time processing medicines.

In the beginning she and Dr. Klimas were starting all supplements at once and almost 100 percent of their patients couldn’t handle it. She suspects that it is due to our lack of detoxification pathways. Starting slowly allows the body to metabolize supplements more easily and tolerate the doses.

She repeated something that Dr. Klimas said on an earlier video. “If it’s making you sick, stop. Let us know that you stopped … so we can make correction in the middle of your treatment. However it’s important to try to take it even if we have to go up very slowly, every other week, every three weeks, every month, whatever is required is what we recommend doing.”

Dr. Rey showed a short video on Natural Killer Cells. “I wanted to let you know how much I’m in love with the Natural Killer cells [laughter from the audience] and how much I want to try to help them do their work for you. Thanks for listening.”

A Celebration of Hope and Progress (Phoenix Rising)