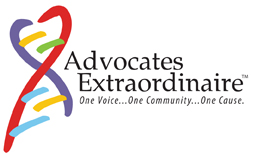 For years the CFIDS Association of America had annual Lobby Days where patient advocates met in DC to push for change on Capitol Hill. Citing costs they discontinued them a few years ago. Now PANDORA has picked up the mantle.

As I fumbled my way to our meeting point at the Capitol a couple of years ago I was a bit leery about the effectiveness of Lobby Days. At one point. lost again, I asked someone for directions. Learning that he was (surprise!) a lobbyist I asked “so what about these ‘Lobby Days’? Do they really do any good?” He smiled and said that he used them frequently and they were a very effective advocacy tool.

I’m not sure how much good our Lobby Day did but I do know that it forged several relationships between CFS patients and their legislators, which for some, continued on well after Lobby Day and forging relationships is what Lobby Day is all about. Making a difference on Capitol Hill doesn’t always require getting everybody on board; sometimes it just requires getting theright person on board – the one person in the right place in the right time who can say – give them an extra 10 or 20 million dollars or let’s build that Center in New Jersey or Florida or let’s investigate why a million ill people are getting so little funding….

That person could be the person that you talk to…you never know. The person who got the last champion for CFS, John Porter, walked into his office and lobbied him…..The person who finds the next champion for ME/CFS in the Senate or Congress will have made a huge difference for us all. Finding that person is always a goal of Lobby Day.

PANDORA’s Lobby Day Training is just six days away. There is a Training session the day before and a party afterwards. The hour is late and this message is late but if each person there has the possibility of being THE person to make THE contact that shifts the future of ME/CFS; that is the power of Lobby Days.