Professor Stephen Holgate says ME/CFS is a spectrum of disorders that need to be understood through new approaches, and patients must be partners in research. Simon McGrath reports.

ME/CFS probably isn’t one disease, or even a few different ones – but could be as many as fifteen. So said Professor Stephen Holgate, Chair of the UK Research Collaborative (CMRC), when he addressed the Forward ME Group in the House of Lords on 2nd July. He also argued that a radical New Science was needed to tackle ME/CFS and said patients must be partners in research. Not bad going for one talk.

More than a dozen different diseases?

Most researchers believe ME/CFS is more than one disease, and quite a few believe even ME is more than one, but I was surprised when Stephen Holgate said that ME/CFS could have twelve to fifteen different ‘causal pathways’. That’s an awful lot of different illnesses mistakenly lumped together in one pot. I asked Stephen about the number and he said that at this stage nobody knows for sure, but it’s highly likely to be fifteen or even more disease process, given it’s such a heterogeneous condition. There are, he mentioned, fourteen different causal pathways in Breast Cancer, seemingly a far more uniform illness. However, he added that some of the ME/CFS causal pathways will probably be interlinked, so it could come down to five or six underlying disease mechanisms. That would still be half-a-dozen different diseases – and it could yet be more. Stephen refers to ME/CFS as ‘a spectrum of disorders’ and has said that looking for the cause is a lost cause (Nature Reviews: Neuroscience 2011). 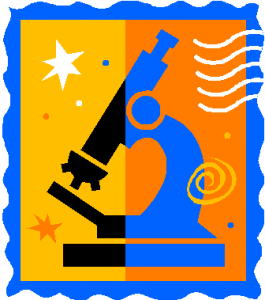 With such complexity, it’s perhaps not surprising that little progress has been made to date. Professor Holgate said some researchers new to the field had been shocked by the poor quality of much ME/CFS research, and even commented that some had ‘made a career’ out of ME/CFS theories that could be shaky.

Also, while medicine has made great progress in many areas, it has been struggling to tackle the remaining problems, particularly chronic illnesses. A fundamental issue, he said, is “the breakdown of the linear relationship between cause and effect”. That was a bit over my head, so I asked him to elaborate: he’s always been amazed by the ability of our bodies to restore themselves in response to adversity, such as an infection – either compensating in part or restoring normal function. He believes that the complex networks responsible for this ability of the body to restore itself have gone awry in ME/CFS, and perhaps other chronic illnesses too.


He says the only way to tackle such a complex problem is, ultimately, to track down and understand the individual causal molecular pathways: if you know the pathway you know the way to deal with the disease, and that was the way to get the drugs industry involved. Identifying the pathways is a big challenge, but Stephen Holgate believes that now is a fantastic time to study ME/CFS as new techniques emerge that are up to the job.

To have any hope of identifying many different diseases (or causative pathways) within the umbrella definition, a lot of patients are needed; and there are early plans for a study involving a 5,000-strong cohort of patients. The idea is to explore everything: phenotypes, genotypes, gene expression, cells, cytokines, metabolites and more. Some of these individual features have been researched before, but not all together: and never on such a scale. High quality scientists would then have to be involved to look at applying the new technologies to the data generated from patients. But there has to be a multi-disciplinary approach, and nurses, for example, would be just as important as mathematicians in this operation.

A man who likes a challenge

Not many scientists choose to work with ME/CFS. Even fewer when, like Stephen Holgate, they already have impressive careers (he’s made several key discoveries about asthma for example). But Holgate positively sought out ME/CFS research and its politics.

He told the former Chief Executive of the Medical Research Council (MRC) that ME/CFS was a problem that needed sorting out – and was promptly asked to attempt just that. He began in late 2009 with a workshop and the MRC Expert group on ME/CFS, which ultimately led to MRC grants of £1.6 million ($2.3 million) for biomedical research in 2012. It was followed by the launch of the UK CFS/ME Research Collaborative (CMRC) earlier this year, endorsed by the MRC and two other major research institutions.

So Stephen Holgate gets things done, but why did he choose to get involved? In an interview he revealed that what he most loved about being a scientist was new challenges, particularly helping others who deal with “complex issues around complicated diseases” – a nice summary of ME/CFS, which he gave as an example.

Asked what he would like to be remembered for as a scientist he replied:

“That I was prepared to listen and take on difficult challenges and continue even if prevailing opinion was against me!”

This could be just what the field needs.

Stephen Holgate is the MRC Clinical Professor of Immunopharmacology and has been a visiting professor at both Harvard and Yale universities in the US.

New computer technology would be used to probe the mass of data, with the aim of finding distinct groups of patients who ‘cluster’ together with similar features, which should make it easier to home in on different causal molecular pathways in different types of patients. It is identifiying causal pathways that will lead to a much deeper understanding of ME/CFS and, hopefully, provide targets for drug therapy too.

Stephen Holgate’s vision for ME/CFS research requires a radical change. The majority of research funded in the UK to date assumes that whatever triggers ME/CFS, it is perpetuated by patients’ flawed beliefs and behaviours. The new approach focuses instead on differences between patients, to see what this might reveal about different underlying causal mechanisms. Though of course, as yet, nothing is proven. Also, if he is right, and there are up to fifteen different causal processes involved, it might explain why biological findings have been inconsistent across the small-scale studies we have seen to date.

Patients as Partners in Research

Stephen Holgate acknowledged that over the years there had been a breakdown of trust between patients, healthcare providers and researchers. He wants to change that, pointing out that in most areas of medicine the patient voice was now valued and recognised. (Read about the growing Patient Revolution here.) The ME Association’s Dr Charles Shepherd said the new CMRC Executive wants patients to attend meetings so that they could meet researchers. Holgate added it was also so patients can help set the research agenda – wow!

Patients, charities and the public must come to the CMRC’s Annual CFS/ME Scientific Conference, which starts next year (details yet to be announced). He would like to set a half-day aside for patient involvement, but is discussing with charities how best to do this.

With plans to engage with patients in setting the research agenda, and a new approach to research, we could well be at the start of a new era in the UK for the understanding of ME/CFS.

Note: unfortunately I wasn’t at Forward ME Group meeting, and wrote this from the extensive meeting minutes, with some additional information from Stephen Holgate himself. Any errors are my own.