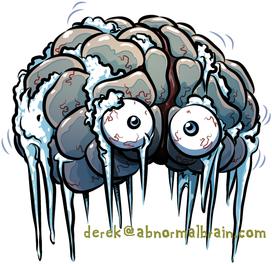 XMRV – The XMRV virus theory took its worst shots yet as two more negative studies appeared in the influential Science Journal. Science then requested that the authors of the original paper retract the original paper, which they refused to. In response, Science slapped an “Expression of Concern” attachment on the paper citing serious questions about it’s validity, putting a chilling effect on the field. It stated it would wait for the two big NIH studies to complete before it made any more moves.

Then the National Cancer Institute, with a new study of its own out, simply publicly stated that XMRV both in prostate cancer and CFS was the result of sample contamination.

The WPI fought vigorously back with Dr. Mikovits penning her longest response yet to date and WPI President Annette Whittemore citing numerous areas where replication had not been achieved in the studies to date.

It was a dramatic sometimes confusing week. Check it all out here in two papers; one focusing on the Request for Retraction and one on the studies themselves and the overall situation.

DSM -5 Watch: the American Psychiatric Association (APA) is changing how they identify disorders and are planning to create a new comprehensive disorders category category called Complex Somatic Symptom Disorder. CFS is not in that category but the way the category is defined (multiple symptoms without known cause, etc.) could make it possible to shoehorn CFS (and other disorders such as IBS) in there in the future.


In its first action, the newly formed Coalition4ME/CFS has provided a guide to penning your comment to the APA on this important subject

Coming up shortly – “All in Your Head?” The Nervous System and CFS – an overview of the Neurology Section of State of the Science Workshop.