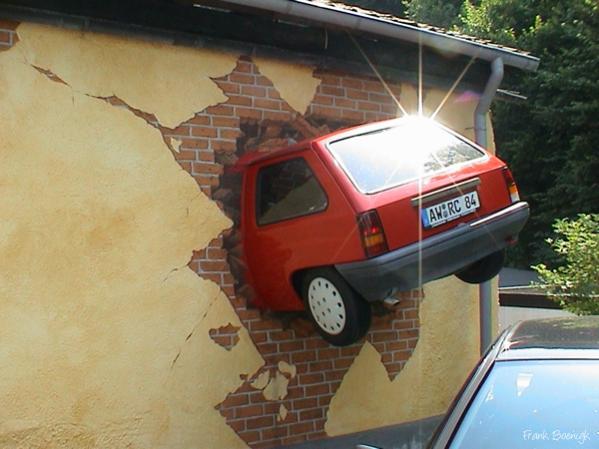 A million and a half dollars, two hundred fifty patients and seven years later the UK government’s best hope for locking in its twisted approach to ME/CFS permanently, fell to earth with a crash. UK ME/CFS patients, certainly aren’t out of the woods, but they can breathe a sigh of relief that they dodged a massive bullet.

UK Government’s Big Hope – The nurse based CBT/GET-like program (called pragmatic rehabilitation”) under review was aimed at finding a way to deliver these therapies at reduced cost to masses of CFS patients. Picture hordes of nurses fanning across the country, lifting ME/CFS patients out of bed and back into the workplace, with sweet words of behavioral therapy. [PRBREAK][/PRBREAK]That was what the UK government, with its massive funding of this project, obviously envisioned. If only it was so simple.

It wasn’t. The trial employed nurses rigorously trained in the physiology of deconditioning and cortisol and the delivery of a CBT/GET like program. It included relaxation techniques, guidance on sleep issues, graded activity and behavioral components. Videotaped analyses indicated that the nurses largely delivered the program correctly. The patients were diagnosed according to the Oxford Definition. An ‘Supportive Listening’ (eg Counseling) course was included. (How hard they try at the behavioral end – counseling! ) The control group was seen by a general practitioner. The three arms of the study were assessed at 20 weeks and 70 weeks. Dropout rates were low.

Neither Pragmatic Nor Rehabilitative – Remarkably little ‘rehabilitation’ was achieved by any of the groups. The pragmatic rehabilitation group evidenced a ‘clinically modest’ impact on fatigue and sleep at 20 weeks but had no impact on physical functioning, anxiety, depression or sleep and had no effect on any of these variables at the 70 weeks assessment stage. In fact the patients undergoing this rather intensive course in relaxation, behavioral management and sleep were hardly better off from the control group seeing the UK general practitioners (and we know how good they are) at the end date. In the end pragmatic rehabilitation splashed up against the disease of chronic fatigue syndrome like a wave against a rock, leaving hardly an impression. It ended up being much ado (and much money) over nothing.

The researchers struggled to explain how the biggest CBT/GET-like trial yet went down in flames. In doing so they illuminated some key issues. The patients in this study were a bit older (eight years), and had ME/CFS longer (3 years longer). (Consider how often we see that argument with regards drugs; eg the patient had had diabetes too long – therefore the insulin was no longer effective). Even though the baseline functioning of the two groups was similar they managed to include a homebound element. They included (god forbid) ‘complex cases’ who also had medical or psychiatric comorbidities; in short this time they subjected a more CFS looking crowd to these therapies instead of a hand-picked crowd. Note that the group was hardly what one might call very ‘ME/CFSish’ ; they were diagnosed according to the Oxford definition and 30% had depression or anxiety diagnoses. Interestingly, although they were diagnosed using the Oxford criteria 31% also met the London ME Criteria.


The Next Step – What the UK government will do now is unclear. The NICE guidelines clearly stated that ME/CFS should be managed in the primary care setting but this study came to the conclusion that doing so, using these tactics, was impossible. Positive CBT/GET studies to continue to appear but the two really big government funded studies of the past year – a Dutch study and this UK study flamed out miserably. CBT/GET practitioners can point to the fact that nurses not CBT specialists delivered this program but the reason so much money was poured into it was that CBT/GET practitioners are too expensive to be an option for the vast majority of ME/CFS patients. (The program specifically took “ into account the feasibility of reproducing the treatment programme in primary care services”.) Whatever the fate of the PACE trial – the second arm of the UK government ‘s big CBT/GET bet – the failure of this trial means the government has no feasible means of delivering what it hoped were cost-effective behavioral therapies to CFS patients.

(How interestingly and informative it would have been if the control group had been seeing a skilled ME/CFS practitioner. It seems stupidly obvious to me, but if the UK (or any other government) truly wants to take a get an idea of the best ways of treating ME/CFS effectiveness, why not a finance a study looking at treatment effectiveness between, say, Dr. White’s patients and Dr. Myhill’s or another ME/CFS expert’s patients? Follow a group of them for a year and report on the results. (?) Comparing physician effectiveness occurs in hospital settings frequently. Why not with CFS? )

The PACE trial outcomes are next. This even larger and more expensive project -which compared something called adaptive pacing, cognitive behavioral therapy, GET and specialist medical care – finished its one year followup in March and the authors are writing up the report now.