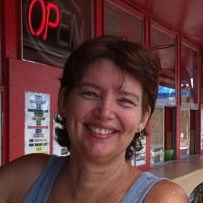 I don’t know exactly when I stumbled upon Phoenix Rising. It was during a period of years now shrouded in a CFS fog, when I was mostly awake in the middle of the night, sleeping through much of the day.

I spent time on the computer as my body and brain allowed, searching for any information that might help me find out what was so desperately wrong with me.

Many sites taunted me by being too difficult for my crippled brain to comprehend. But not Phoenix Rising. Cort Johnson has always had the ability to take information that is too medical, too scientific, for me and feed it to me in small bites.

My computer died about the same time that my ability to comprehend the written word withered. It was several years before I touched a computer again. It was a couple more before I was doing more than checking email.

I had started a website called Ncubator.ca – about my experience with CFS – in 2009. I contacted a few sites for links, and also because I was starving for any type of connection.

Cort Johnson had of course never heard of me but I remembered him. I remembered how his online presence had helped me through some of my worst and darkest years, with his face smiling benignly beside each article he’d written. I remembered feeling comforted.

I emailed Cort, who quickly asked me for an interview. I was immensely grateful.

I noticed he had started a forum, where nobody was posting but him. There were quite a few members but I had to assume they were too sick to post. So there was Cort trying to start threads, essentially having conversations with himself.

I popped in and started responding. For what seemed a long time, it was just Cort and me posting. But gradually other people began to express themselves. And in a fairly short time, the forums at Phoenix Rising went from being a one man show, to a Paw and Maw enterprise, to an enormous community.

Before the forums, I was very much alone. I was lucky to have my family with me, but the people I’d known before I became sick had all disappeared long ago. This was painful for me after having spent years deeply involved in my homeschooling group, my church and a website with 40 volunteer writers under me.

To be fair, a few people had been in touch early on when I was sick, but I was unable to return phone calls or have visitors. Still, this empty life was a real shocker and so different from what I’d been used to.

Being a part of the forums changed my life. Being welcomed and wanted helped to soothe the dread and fury I carried with me about being ignored and dismissed by my world. It helped to ease the fear that I could disappear completely and never be missed.

I spent about a year warming myself at the hearth of Phoenix Rising. As I look back a couple of years later, I realize that I stayed longer than I could afford to – but it was my home and I didn’t want to go.

Eventually I had to leave the forums though, because the part time work I’d found online in 2009 had gradually turned into more work and I was juggling full time hours of writing with hours every day on the forums.

It’s more than two years since I had to make the break. I have dropped in on a few occasions. Once I came by looking for advice for a sick friend. A year later I came back to post her eulogy when she passed away. I was overwhelmed by the warm enveloping response I received, after such a long absence. It made me feel homesick again.

It was nice to know that even after I had to go away my presence still mattered. That old fear, one that dogs so many of us, that we will vanish and not be missed … I do not experience that here. This has always felt like home.