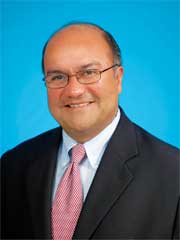 This definitely wasn’t an ‘get acquainted with CFS’ talk. There was no boring scholarly introduction to CFS (“Chronic fatigue syndrome effects blah, blah, blah….has x number of symptoms….blah, blah…..)…Dr. Montoya was clearly trying to wake people up.

Calling ME/CFS one of the most ‘mis-perceived’ illnesses in medicine, Montoya quickly got to the heart of the matter calling chronic fatigue syndrome ‘an extreme event’ in the medical community and castigated them (gently) a bit for mostly ignoring a disease which ‘significantly compromised the health’ of millions of people.

He had hardly started his talk when he said “If there’s one thing I would like this audience to take home … do not kid yourself – this is a real disease”.

Often staring directly at the camera and audience as he made his points Dr. Montoya proved to be an effective speaker and advocate for CFS. He ground in the seriousness of the disorder by painting an an evocative portrait of a formerly successful woman who has now had a severe case of ME/CFS for 23 years. He quickly pointed out to the physicians in the audience how different this disease really is by citing how rare it’s hallmark symptom of the illness – post-exertional malaise – is in other disorders.

He undoubtedly turned heads as he said had a dream that the medical community will someday ‘produce a formal apology to the patients for not believing them all these years that they were facing a real illness’.


He noted the difficulties that have perplexed physicians and researchers; the inability to detect a biomarker, the wide range of confusing symptoms, the heterogeneous community.

At one point Dr. Montoya briefly stopped to gather this thoughts and said earnestly, regarding the viral onset, “The way I see this is that it (the illness) is speaking to us… and we (the medical community) just have not had the patience…to really listen to the clues that the disease is giving us.” Later he noted CFS was not only about fatigue and brain fog but also entailed “tremors and twitches…things that would trigger the possibility of a neurological disease” and again remarked that the research community needs to listen more carefully: “the disease is speaking to us in soft tones but we’re not being able to listen to it in a careful way”.”

He went over the Dubbo studies which showed that 11% of people came down with CFS following an infection with one of four pathogens and exclaimed that “our patients told us this all along yet a study had to be done to prove that they were right,” and then he turned to another recent study which showed that about 4% of adolescents who come down with infectious mononucleosis have CFS after 2 years. Importantly, he noted studies have suggested that the more severe the initial illness the more likely a person is going to come down with CFS and later suggested that giving short courses of antivirals to people with severe infection was an idea.

Treatment – He expressed his initial surprise at seeing some ME/CFS patients initially getting much worse on antivirals- suggesting that that is not a common occurrence with this drug.

In the double-blinded trial he found statistically significant reductions in the Fatigue Severity Scale (FSS) from (6 – 5.4) (but how significant to patients?) over a year. A self report of cognitive functioning showed increases there as well. There was no difference in mental fatigue (MFI). On the biological side he found significant alterations in neutrophil levels and several cytokine levels.

The trial was very rigorously done (with all the codes and id’s originating in Switzerland) with neither physician nor patient knowing who got what. If the drugs didn’t make the patients who got the drug well it definitely moved them in a positive direction both clinically and in the lab. My guess, after listening to the talk, was that some patients had a really, really good response and some had little or no response and that the next step was figuring out what was different about these two groups of people. 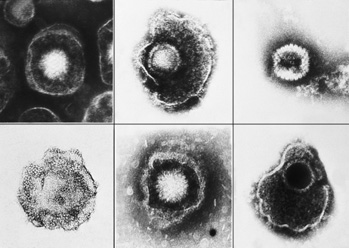 Pathogens and Subsets – He has found pathogens ranging from HHV6 to EB to Herpes Simplex to Coxiella burnetti to Mycoplasma pneumonia to Chlamydiae pneumonia. One interesting and quite ill subset with high PCR and low antibody levels of HHV-6 had HHV-6 integrated into their genomes. He noted one patient who had low antibody titers of all pathogens but with very high levels of PCR validated chromosomally integrated HHV6. After a year and a half on high doses of Valcyte she went from a fatigue scale score of 80 (‘near hell’) to a score of 25 (‘near health’). The toxic nature of Valcyte, however, required that she switch drugs and, despite trying a variety of other drugs (valacyclovir, Famvir, acyclovir, Foscarnet), she slowly returned to her former condition over the next year and a half.

XMRV – Dr. Montoya emphasized that no group has been able to prove that XMRV is there or is not there and expressed his disappointment about groups that have said emphatically it is not. He then emphasized the great capacity retroviruses have to hide and went over reasons why researchers may have trouble finding it and noted the Stanford/Columbia study that is ongoing.

He noted that the pathogens found in CFS mostly infect the inside of cells and have an affinity for the brain but that it’s probably more the immune response than the pathogen that is making people sick. He is not sure whether the types of pathogens found in CFS trigger a type of immune response that is particularly damaging to people with CFS or whether, if I have this right (and I may not), they’re infected with different versions or strains of these pathogens that just happen to be very virulent.

A Model of Pathogenicity – The ability of these pathogen to persist for years without killing the patient suggests to him that the immune system is able to throttle the pathogen as it comes out of hiding in the cell but can’t remove it or bottle it up entirely, leaving patients vulnerable to an ongoing immune response causing fatigue, muscle pain, cognitive problems, etc. In this scenario the immune system is (mostly) doing its job; it is choking off the infection before it can kill the patient but the ‘low-level’ infection it leaves behind is making the patient sick. (The idea of an ongoing ‘low-level’ infection that is causing problems appears to be somewhat new to the traditional medical field.)


The Gender Question – Dr. Montoya then moved on to a particularly interesting and (amazingly) little studied aspect of ME/CFS: female predominance. He noted that the tendency of women with ME/CFS to feel better during pregnancy and worse after birth suggests ME/CFS could be an autoimmune disorder -and stated that many autoimmune disorders trigger exactly those kinds of symptoms (and, of course, are dominated by females as well).

PACE Trial – He said that while CBT did help some patients in the PACE trial that it was ‘so sad’ that it is being touted in the Press as curing CFS and then remarked on a conversation with a family member of one of his patients who told him the study proved that CFS was psychological and that psychological intervention could cure the patient.

That Fateful 1988 Antiviral Trial – He brought up the 1988 Strauss Acyclovir study which basically proved to the research community that CFS was not a viral infection and noted that the dose they used was much too low and the duration (5 weeks) was much too short. (The dose was too low for people with ME/CFS but was probably in line with recommendations for those types of infections? Some physicians are amazed by the high levels of antivirals people with ME/CFS are taking.) He talked about a subgroup of patients with herpes simplex infection who have had ‘truly dramatic’ recoveries after a year and a half or so. (He is the first researcher I can remember who has focused on herpes simplex infection in CFS.) He’s trying to secure funds to do a placebo-controlled, double-blinded trial with these patients.

He then turned to shingles (Varicella zoster), another herpes virus whose ability to reactivate and cause extreme pain, particularly in the elderly, is well known. What about treating these people with antivirals? Dr Montoya smiled and, after emphasizing the anecdotal nature of his evidence, remarked on several women who had been in pain for five years (without the rash) whose pain essentially disappeared after a year and half on antivirals. (Is it not amazing that this kind of long term antiviral treatment has never apparently been formally studied in patients in such terrible pain?)

He said that alternative therapies such as CBT can be helpful but that it does not cure.

His dream is to have a group at Stanford devoted entirely to doing clinical trials in ME/CFS patients. The waiting time to see him, like other doctors in his position, is 2-3 years but he mentioned that Dr. Kogelnik is in the area and is using a similar approach.

Dr. Montoya stated that he didn’t have a time frame for understanding ME/CFS but that ‘trust me, we are working as hard as possible” to do so. Indeed, one got the sense of Dr. Montoya’s personal commitment to doing that throughout the talk.