Norwegian journalist Jorgen Jelstad has been all over the Rituximab story. His Invest in ME Conference tweets updated us on recent events, in his “How Important is Rituximab?” blog he talked with researchers about Rituximab’s potential and in his  recently blog, “The Drug”, he published a blow-by-blow account of how Rituximab grew to such prominence in the ME/CFS universe.  Thanks for allowing Phoenix Rising to publish the story..Here we give a synopsis of the story and of Jorgen’s recent interview with Dr’s. Mella and Fluge.

It turns out that it all began almost 10 years when Anne Katrine, a CFS patient with leukemia, walked into Dr. Fluge’s office at Haukeland University in Norway….

Anne’s leukemia had come back and she’d begun her second round of treatment but this time she had something interesting…even amazing to report; five weeks after starting her latest treatment regimen, the aching muscles, headaches, terrible fatigue, cognitive problems etc. she’d endured for seven long years with ME/CFS had largely disappeared. Amazingly this mostly home-bound mother had gotten so well so quickly that she’d even taken a trip to Turkey with her son.

Intrigued, Fluge said he couldn’t get her out of her mind and she wouldn’t let him as she prodded him to figure out what had happened. Eventually Fluge, a cancer specialist who had hardly heard of chronic fatigue syndrome, teamed up with the cancer department head, Olav Mella, and they took their shot.

The only thing different in Katrine’s latest course was a drug called methotrexate, a medication that inhibits the immune response by knocking down B-cells. Fluge and Mella recruited two other patients, one of whom was a bedridden patient, Svein, who like Anne, came down with ME/CFS following a viral infection. Now in his 10th year with ME/CFS Svein had trouble carrying out even basic activities and had gotten to the point where he wondered how much longer he could go on. This time they were given Rituximab, another B-cell depleter.

Six weeks after his first Rituximab infusion Svein responded similarly, rising from his bedside to go skiing and taking hour-long walks, doing carpentry around the house and reading for the first time in years.

“After my first treatment I finished two books in a weekend. Before treatment I could not even read two pages,” said Svein.

Ten weeks after the treatment he crashed and was back in bed. Another treatment roused him again – and lead to another crash. Svein couldn’t be off the drug without relapsing but he was doing better and better on it. The third treatment was the best yet; like Lazarus rising suddenly from the dead, when that one kicked in Svein threw himself in heavy physical work putting putting up a new roof and walls…with no ill effects. He said

“As soon as my body functions again…I’m ready. It is like being brought back to life again” 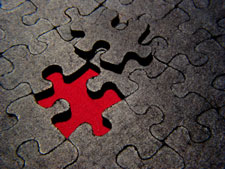 With all three patients experiencing major improvements Fluge and Mella were convinced the treatments were touching ‘a central mechanism’ in the disorder. They published their results in 2009 and began a small randomized, placebo-controlled trial with 30 patients.

The results of that trial, published in Nov. 2011 were shocking; fully two-thirds of the patients significantly improved while 13% of the group that received the placebo did. The word ‘significant’ can be misleading with sometimes minor gains being reported as ‘significant’ but the improvement in this case was real with 90% of the patients reporting their improvement was ‘major’. The fact that the chronic fatigue syndrome patients followed the same rebound/relapse pattern as people with autoimmune disorders did suggested that not only was the disease legit but that it be an autoimmune disorder.

The results of the study made a huge splash around the world but none were bigger than at its epicenter, Norway, where the government made an abrupt turn around and apologized for years of neglect. As Jorgen explained

It was like Rituximab was a tipping point for not longer being able to give the impression that this disease was not real, or that it was mainly a psychosomatic problem. Because how do you argue against a big gun cancer drug? In a way, Rituximab did not just heal some of the study participants, it also healed the self-respect of thousands of Norwegian ME/CFS patients who finally experienced something else than suspicion and disbelief.

Jorgen’s talk with Dr’s Mella and Fluge Jorgen (in the Invest In ME newsletter ) shed some more light on what’s going on with the drug right now….

Fluge and Mella have been able to use ‘maintenance’ doses of the drug to help patients maintain major improvements for months or even a year and some clues are emerging about what the drug is doing in ME/CFS. They believe that a pattern of symptom worsening, sometimes lasting several weeks, after starting the drug could be an important sign. The fact that B-cell levels aren’t correlated with remission (B-cell declines) or relapses (B-cell increases) suggests other parts of the immune system play a role as well.

A very variable ‘time response’ to the drug, ranging from six weeks to 8 months, however, is simply a mystery and as always, it seems with ME/CFS, the deeper a researcher digs the more convoluted the situation is. Fluge and Mella are confident in their results….the original study findings are holding up and they “feel confident that at least in a subgroup of patients the pathogenesis at some level will involve B-cells” but like others before them the disorders complexity impresses and they noted “the disease probably is even more complex than we originally thought.”

Expect a few studies to show up after the summer and more as they finish up some ongoing studies.

(Jorgen Jelstad is a Norwegian journalist and author of the documentary book “The Hidden Ones: and how ME came to be the most controversial disease of our time”. The book is so far only available in Norwegian – named “De Bortgjemte”. This article was printed in Invest in MEs conference magazine for the 2012 Invest in ME conference. )