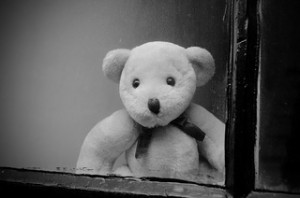 About 10 years ago I began looking online for information and answers about my mystery illness. At that time, my sleeping and waking hours were upside down. I would sleep most of the day and be up throughout the night till dawn. I spent many disturbing hours online looking for answers.

Back then, most of what I could find was pessimistic at best, terrifying at worst. Implications of heart disease and brain damage, irreversible hormonal disruption, malfunctions of the heretofore unheard of hypothalamic-pituitary-adrenal axis, and plenty more that I could not translate into language I could understand.

But with no background in science or medicine, no knowledge of most of the terminology, and passing all this falteringly through a riddled ME/CFS brain, I would end up so exhausted and so depressed that stumbling off to bed was the only recourse for temporary relief.

Perhaps the only exception to the jumble of facts and conjecture came on the site of Phoenix Rising, written by Cort Johnson, with his smiling face on each article. His online presence was reassuring, but unfortunately he could not tell me what was wrong with me or what to do about it.


I continued plowing through all the material I could find for some months despite the heaviness this search burdened my already taxed mind, body and emotions with. Eventually I decided to give up a seemingly lost cause, as I reached a conclusion which I now realize to have been spectacularly naive.

I remember at one point laughing at myself, saying to my mother, “Who do I think I am, Sherlock Holmes? What makes me think I am going to come up with answers? I have no background or training. I don’t know what I’m looking for. I mean, if there is an answer out there, my doctor will be the one to tell me.”

She didn’t know anymore about it than I did, and so she agreed that asking my doctor would indeed make sense.

Innocence waiting to be crushed

I had great faith in my family doctor back then. I hung on to this trust stubbornly, in the face of growing indications that he was not there for me.

We’d had a congenial relationship for about a decade before I got sick. He was in the avant-garde of young doctors I thought, when our relationship first began. I didn’t go to his office very often in the years before I became this ill, but I was always comfortable with him. I felt like he was on my side.

All that changed with ME/CFS. It was a gradual change, so gradual that at first I thought I was imagining things … being too sensitive, too paranoid. But eventually there was no denying the complete reversal that had taken place.

Seven years ago, I came to see him, thinking I was having a stroke. He smirked and told me I wasn’t. Then he took my blood pressure which was dangerously high, uncharacteristic of me, and the smirk disappeared. He sent me to the hospital for tests immediately.

He sent me for some blood tests and some other tests, which I’ll give him points for, but when they all came back “normal”, he had no suggestions. I guess I was lucky that if I asked for a referral to this specialist or that one, he always sent me.

He asked me one day if there were any things that helped my symptoms. I told him about the only thing that at that time made any difference: I said, “Going to bed.” He said, “Well, do that then.”

The fact that my doctor was perfectly fine with that really stuck in my craw.

Some good treatment but it was a very mixed bag

The neurologists and the ophthalmologist that I asked for referrals to, treated me well. Though all they could do was perform tests whose results showed that I was right as rain.

One neurologist really touched me when he said that he wanted me to understand that just because he couldn’t find anything did not necessarily mean that nothing was wrong. He said that this often happened, because the study of the brain was a relatively new science and they didn’t know enough about it yet.

He also offered the interesting reassurance that the fact that since this thing was already of a long duration, it was probably not going to kill me, because if it were going to it probably would have by now. I was actually comforted by this statement. And comforted by this response from one human being to another, so different from what I’d become used to from my own doctor.

I made an appointment with my family doctor after I’d gotten a letter requiring my participation in jury duty. I was completely crashed at that time.

Just going to my GP was enough to leave me wrung out and bedridden for days afterwards. It would have been impossible for me to drive the hour into the city and sit in a court room all day, even once. Who knew what kind of self-destruction would be awaiting me if I tried?

I took the letter in to my doctor, to get his official endorsement that I be released from this Herculean task.

This man who I thought knew me, knew the kind of person I was, knew the ordeal I was grappling with, looked at me with an unfriendly stare, and said, “And what possible reason is there that you can’t do jury duty?”

I stared back. I said, “Well, for starters, I can’t stay out of bed all day!”

Silence. I could see him back down a little. Saw the aggressive attitude ease just a bit. Saw his mind register — “Oh, right. This is her.”

No apology for being rude. He did explain himself a bit, saying he’d had a number of relatively able-bodied people that morning waving similar letters, trying to shirk their duty. Like he had just implied I was doing.

This, incidentally, is when I got my “official” diagnosis of ME/CFS. Not because he’d been intensively doing the work, but because he had to write something on the form about jury duty, he had to name my condition. I suggested ME/CFS and he wrote it down.

After our tete-a-tete about jury duty, I never went to see him again. And when he retired a few years later, I was grimly delighted to hear he was gone, and this meant I could see the new doctor who would be taking his place. 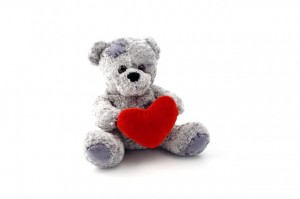 I have been in once to meet the new guy, and he seemed like he was alright. He did not scoff, and he was honest about the fact that he didn’t know if he could help me. He was also glad – perhaps relieved – to hear that I was seeing a naturopath who had been helping me to make progress.

My old doctor had been quite put out that I had been seeing a naturopath, and said in a sulky tone that “they use drugs too you know.” I didn’t bother engaging with him about this, I no longer cared what he thought.

I just took a deep breath, put a smile on my face and said, “She has been making me better.” Surprisingly he looked a bit abashed at that, and said, “Well … we don’t know everything.”

I thought but did not say, “You’re not kidding!”

For the most part, I have turned my back on conventional medicine. If I were to be in an accident or need surgery or some other quick intervention, I’d go to a conventional doctor. But my experience over the last decade and then some has been that for anything chronic, I would be wasting my time.

What has your experience been with the conventional medical community?