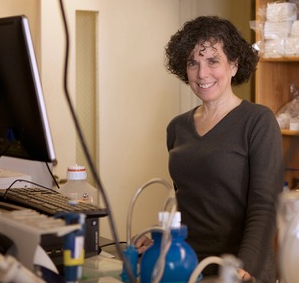 The immune systems of patients who have recently developed ME/CFS look markedly different from those who have been ill for much longer, according to a major new study from Drs. Ian Lipkin and Mady Hornig at Columbia University. This shift in immune profile hadn’t been seen before.

“Perhaps the most significant evidence yet that chronic fatigue syndrome has a biological basis”, said the Wall Street Journal. The immune signature discovered might eventually be the “basis of the first diagnostic test for the illness”, said The New York Times. The prestigious New Yorker magazine mentions the study too.

This feels like a new era of ME/CFS research: big, rigorous studies by top researchers and clinicians, with media interest to match. Many more such studies are in the pipeline, including Dr. Montoya’s related immune profiling work, the large Open Medicine Institute immune gene sequencing project, and the huge CDC multi-clinic studies.

If other researchers can confirm the finding that there is an important difference between short and long duration patients — an important qualification — this work could change how we understand, study and look for treatments in ME/CFS.

One of the most exciting aspects of this study was simply that it was big: nearly 300 patients and 350 controls. Most ME/CFS studies to date have had just a few dozen patients.

And it was designed meticulously. Patients were carefully diagnosed (mainly using Canadian Consensus criteria) by the clinics of leading U.S. ME/CFS physician-researchers including Drs. Montoya, Klimas, Bateman, Peterson and Komaroff. The study matched healthy controls and patients by age and sex, as both affect the immune system.

“The study is an important step forward in trying to track the biological basis of ME/CFS.”

And they went further in trying to minimise anything else that might skew immune profiles. The immune system has daily cycles and is sensitive to stress, so all blood samples were drawn within two hours of midday and after a common mild stressor (the necessary patient paperwork!).

Controls were also matched by season of the year, as infections (even ones we aren’t aware of but our immune system are busy fighting) are more common in winter, as well as also by region, as infections vary by location.

Not so much difference between all patients and controls

The researchers, led by Dr. Hornig, analysed cytokines — small messenger molecules that play a central role in regulating the immune system. Because cytokines are a window to the immune system, ME/CFS researchers have focused on them before, and numerous smaller studies did find unusual cytokine levels in patients.

But cytokines come in many different flavours that perform distinct roles in the immune system, and there was little consistency among these previous studies about which types of cytokines had unusual levels. Generally, cytokines linked with inflammation were higher in patients, but some studies found no differences at all.

The current researchers shared the view that cytokines were critical immune markers and believed that variation in diagnostic criteria and laboratory methods may have contributed to the variation. So they looked at more different kinds of cytokines than most previous studies had — 51 — and they hoped a large rigorous study would give a clear picture.

It didn’t — at least not at first. Several inflammatory cytokines were a little lower in patients than controls, contradicting both previous studies and intuition. But overall, there didn’t seem to be a huge amount going on, which surprised the researchers.

Changes in cytokine levels mirror each other in short- and long-duration patients. Modified with permission from study Table S6 (click image to access original)

However, when they looked at the raw data more closely, Hornig and her colleagues could see that something was up.

When they split the patients into those two groups, the data suddenly formed a striking pattern: cytokine levels were mostly up in the short duration patients and down in the long duration.

The graphic on the left makes this clear.

Because the cytokine levels mirror each other (e.g., up in short and down in long duration) they tend to cancel each other out in the combined group, which explains why there was not much to see when researchers compared all patients with controls.

More than half of the 51 cytokines studied were significantly different between the short and long duration patients.

A few of these differences may be false positives, but their high number makes for a compelling pattern. Also, for 11 of the cytokines, the statistics showed that there was a 1 in 100,000 chance of a false positive or less (i.e., the p value was .00001 or less, when the accepted standard for significance is .05 or less).

“It appears that ME/CFS patients are flush with cytokines until around the three-year mark, at which point the immune system shows evidence of exhaustion and cytokine levels drop … This shows there are distinct stages to the disease.” — Dr. Mady Hornig

So do these findings explain ME/CFS? Not yet. At this stage they are more like clues. The average cytokine differences between short- and long-duration patients are modest, and furthermore, the patients whose cytokine levels were more abnormal didn’t necessarily have worse symptoms. Abnormal cytokine levels, then, cannot be the direct, sole cause of symptoms.

Professor Jonathan Edwards explained on Phoenix Rising that immunological diseases such as rheumatoid arthritis set off very complex networks of cytokine signals, but it’s very hard to tell which of these signals actually causes the trouble. In fact, what you can measure may not be the signals that cause the trouble, but chatter about it.

“What this study is saying is that if you listen at the door of the immune system you can definitely hear some plotting of crime inside, but you don’t know which of the people speaking is going to go out and commit it”, he said.

Hornig agrees that the cytokine pattern may be a sign of a problem in another part of the immune system, perhaps as a consequence of problems with particular immune cells. Each immune cell secretes many cytokines, so a problem with one type of immune cell is likely to affect the levels of many cytokines.

Intriguingly, one clue points at B cells, the very immune cell targeted by the drug rituximab (which has shown promise in treating CFS in early trials). Short-duration patients have less of a cytokine called CD40L that is critical to the development of properly functioning B cells.

In addition, CD40L levels in short-duration patients break free from the levels of other cytokines, varying up or down out of step with the rest. In healthy controls and long-duration patients, on the other hand, they correlate closely.

Another possibility is that what matters most of all are the levels of cytokines in the brain, and that the abnormal cytokine levels seen in the blood in this study are an echo of a bigger problem there. Because patients can have such striking cognitive problems, the brain has long been a suspect in ME/CFS. Hornig and colleagues have a new paper on cytokines in cerebrospinal fluid (which bathes the brain) coming out soon.

The strength of this association can be quantified through a number called an “odds ratio,” which in this case was a staggering 100 — normally anything over 3 is considered pretty exciting. 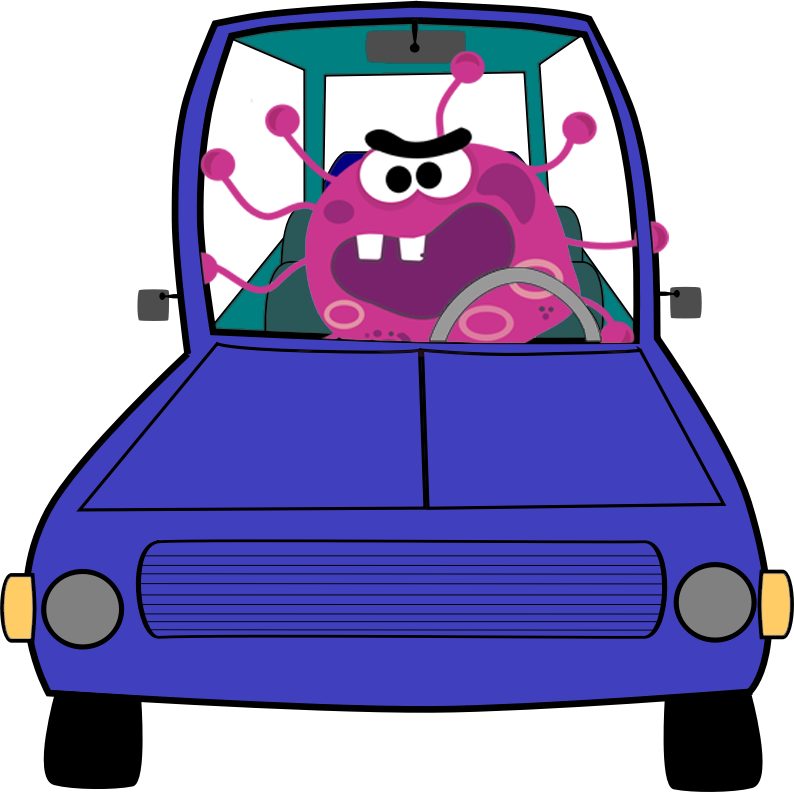 The authors say the increase in  interferon gamma is consistent with a viral trigger (or disrupted immune regulatory networks), and of course many patients report a viral-like illness triggering their illness. However, to date, searches in blood from the same patients have yet to find signs of an infection.

Hornig believes a hit-and-run scenario is possible, where a virus infects someone and is defeated, but for some reason the immune system remains ‘stuck in a high gear’. It’s possible that around the three-year mark, the immune system becomes exhausted, leading to the lowered cytokine levels in long-ill patients.

The finding here of elevated cytokines in short-duration patients differs from the famous Dubbo post-infectious studies, which found that cytokine levels were normal in ME/CFS after the initial acute illness, a disparity that’s currently hard to explain.

But other studies have found a link between cytokines and ongoing fatigue — for example, researchers found elevated levels of interferon gamma in those left with fatigue after West Nile virus infection.

These fascinating findings suggest a whole range of possible research avenues. The first thing needed is confirmation, as Hornig herself has stressed. One way to check them is to see if the cytokine levels for individual patients are changing over time the way this study suggests, and Columbia already has such a study in progress looking at some of these patients one year on.

But the best way to really understand what’s happening with cytokines in this illness is to get in there at the beginning and see what happens in the immune system as the illness first kicks off and then progresses. Hornig is exploring ways to make such a study happen.

A biomarker – and a unique opportunity for treatment?

“This is an exciting step forward in a historically challenging field.”

A biomarker has long been a ‘Holy Grail’ of ME/CFS research. Is the cytokine signature found in this study for early patients finally ‘it’, a test that will say “yes, you have ME/CFS”? And can it help researchers be sure they are studying people with the same illness?

Not yet. First, the findings need confirmation in other studies. In addition, the pattern of cytokine changes needs to be compared with those from other fatiguing illnesses, like multiple sclerosis or even unknown causes of fatigue.

Doctors can usually tell ME/CFS patients from the healthy. It’s separating these patients from those with other illnesses that’s so important. Hornig is eager to do the biomarker research that would take the study from the lab to the clinic. All they need is the funding.

The findings also raise the possibility that targeting the early immune dysregulation can prevent the illness settling into a long-term pattern. The first and crucial step is to identify what’s driving the cytokine abnormalities. Then, Hornig points out, therapies might be able to target those abnormalities in short-duration patients to stop the illness before it develops into its long-duration form.

A few years of ME/CFS are bad enough, but for many of us that would have been a dream outcome. And if these results are right, then it’s likely that newly ill patients will need different treatments from long-ill patients.

Clearly there is a long way to go before patients can expect a diagnostic test or, better still, effective treatment. But this new study, and others under way, gives me hope that we have entered a new era of bigger and better research that is finally capable of cracking ME/CFS.

You can donate to Dr. Hornig’s and Dr. Lipkin’s work on ME/CFS at The Center for Infection and Immunity, Columbia University, here

Thanks to Dr. Mady Hornig for talking to me and for supplying the photo; to Anne Griffith for ‘hit-and-run’ graphic created from Open Clip art images; to Sasha and oceiv (oceiv on UK media) for their summaries of media coverage.

Previous post: MEAdvocacy.org Update and a Call for Continued Support