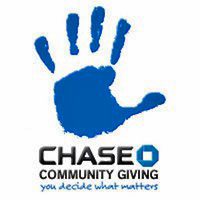 2011 – Three ME/CFS non-profits; the IACFS/ME,  the ME/CFS KnowledgeCenter and the Mass CFIDS Association won 20k in a contest that matched smaller non-profits against each other.

2010 – PANDORA wins in a contest in which all the non-profits, small and large, were lumped together…as is occurring this year.

Once an organization enters and win the contest it cannot enter again; if it enters and lose it can enter the contest next year (provided there is a contest).

To get the vote – put Phoenix Rising or another group on your Timeline or Newsfeed and then have a friend vote for them on Facebook.


Each person gets one bonus vote maximum…People who get a bonus vote will be informed of that on their Facebook page.

Maximum Number of Votes for an ME/CFS Organization