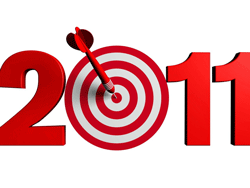 Is 2011 going to be a big year? Yes it is! Some big issues are being decided.

XMRV – XMRV has taken a longer than anyone expected but expect some real answers this year with important studies finishing up.

State of the Knowledge Conference on CFSNIH – The State of the Knowledge Workshop in April will highlight what the biggest medical research funder in the world, the NIH, deems is worthy to research in CFS and should form the basis for a major grant opportunity for CFS – the first in about 6 years. Funding for CFS at the NIH, accounting for inflation, is significantly lower than its been in at least 15 years. Ten years ago we had three federally funded CFS Research Centers, one of which was run by Dr. Klimas.

Dennis Mangan has brought new energy and vitality to the program. CFS is now ME/CFS. A new website will soon be up. He has enlarged the CFS Working Group and is bringing patients into the process. Is the year the NIH gets serious about ME/CFS?

CDC- The new director at the CDC, Dr. Unger, will start put her imprint on a CFS research program that is inefficient, out of favor in the research community and unimpressive. Dr. Reeves was relieved for a reason – why we don’t know, but we can assume that Dr. Unger does – and changes should occur in that area, at least. Funding for the CDC program has fallen sharply as well. Five years ago the CDC was funding the Dubbo projects and inviting Dr. Klimas, the CAMDA Conference and data mining experts others to come in to play with their Pharmacogenomics dataset – now it can barely muster a presence at the IACFS/ME Conference. Will Dr. Unger follow Dr. Mangan’s lead and reach out to the ME/CFS research community? There’s no sign of that yet but it’s still early.


Several International Conferences should be produced by the CDC, including one on the all important question of how to define this disorder. That could be an exciting conference as the proponents of a Canadian Consensus type definition go head to head with the proponents (CDC) of an Empirical-type Definition.

Non-Profits and Others – The Whittemore-Peterson Institute will open its door to patients providing a much needed new resource for innovative treatments. The CFIDS Association will expand its Biobank and keep building its Research Network. After being out of the news for several years, Stanford will definitely pop into the news as Dr. Montoya publishes several papers on infection and CFS and builds support for a Chronic Infectious Illness Center at Stanford.

Across the pond the PACE trial will reportedly be published soon – an important study for UK residents and really everyone with CFS.

This is a year of change and hopefully a year of recovery for a research field that has attracted little funding or interest over the years. With the budget deficit problems in the US increasing funding won’t be easy but relatively small amounts could go a long way in a disorder as underfunded as ME/CFS is. 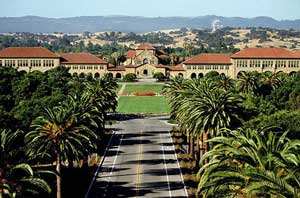 Stanford – Dr. Montoya collaborates with Ian Lipkin on comprehensive pathogen study in CFS. Attempts to correlate MRI findings with infection may be successful and he may have found a biomarker associated with cancer (!) in infected patients. He will hold a ‘major research meeting’, open a new website and publish three papers on antiviral trials in CFS. This the year the Montoya effort on Stanford hopefully really takes off. 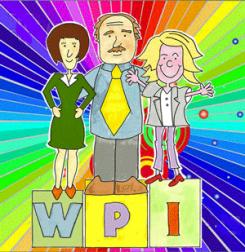 WPI is working in conjunction with NCI researchers to produce better diagnostic tests on XMRV. We know they have many isolates that need sequencing. They are extending XMRV testing into other groups. The family incidence studies will be fascinating. The cancer study reported at the Reno Conference hasn’t been published yet.

Regarding other studies the WPI does not list dates but have a number of interesting immune studies underway. They list seven studies; on cytokines/chemokines, HHV-6 (latency, assay development), genetic susceptibility to infection, interferon/RNase L pathway and immune activation/dysregulation caused by herpesviruses. 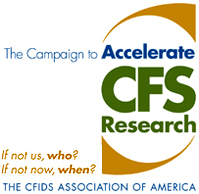 CFIDS Association of America research- CAA does not list dates but some studies have published results and others are continuing. Some may finish up this year. They list six studies underway including HPA axis dysfunction, acid and ion based receptors upregulation on blood cells, impaired blood flows to the brain and the effects of nitric oxide and oxidative stress on problems standing, a knowledge base of CFS produces new theories, gut microbiome alterations during exercise cause post-exertional malaise, increased blood lactate in brain suggestive of mitochondrial problems.

Hemispherx and Ampligen – Hemispherx was given another year to convince the FDA that they should give Ampligen, still the only drug focused almost entirely on CFS, their seal of approval.

NIH studies Ending this Year – a small palette from a big agency. There are some breakthrough studies here – just not a lot of them. POT’s, blood flows and sympathetic nervous system activation are ‘hot’ topics (if you can call a few studies a ‘hot’ topic). For me the Baraniuk brain proteome study is the biggie…CFS”>https://projectreporter.nih.gov/repor…TOKEN=49016940

* Two International Conferences? – One on the definition of CFS – both are a year overdue…

* Study of CFS and Chronic Unwellness in Georgia – somehow allostatic load and metabolic syndrome linger on…This sounds like another ‘fat’ study….This study will determine knowledge, attitudes, and beliefs concerning CFS and the effect on clinical course of the illness, evaluate direct and indirect economic impact of CFS and barriers to healthcare utilization. Evaluate association between medical history, exercise patterns, tobacco use, and CFS. Refine analysis of allostatic load, cortisol, alpha amylase, inflammation index, and genetics of CFS. Evaluate incidence of metabolic syndrome and diabetes.
* Mayo Clinic Rochester Epidemiology Project – Retrospective study will utilize medical records from the Rochester Epidemiology Project to study risk factors associated with the incidence of CFS in the population of Olmstead County; ie they will look at medical records dating backing to birth to see if people who later developed CFS had different medical patterns than people who did not.