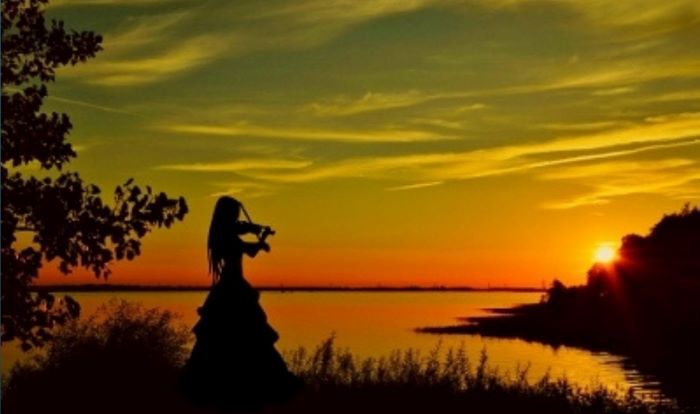 Oh, how I love music! This magic can lift our spirits and calm our weary minds. Maybe it can even help us heal. Goodness knows, we who live with ME/CFS need these things. We’re probably not getting much of this elsewhere. So if music is so good for us, why is it so hard to have it in our lives? Why, for many of us, is music so exhausting?

Sorry, I have no real answers to these questions. Just more stories.

I think I was a fairly typical adolescent of the 1970s. I spent as much time attached to my little transistor radio as I could. Like many teenagers, I didn’t have a great deal of control over my life. I didn’t like school and I immersed myself as much as possible in a world of music.

I spent time with friends who were musicians. I lived with a musician for five years starting in University. We often had piano keyboards and drums in our living room. People would just pick up an instrument and break into song at the drop of a hat. And harmonize.

My happiest times were spent in folk musician coffee houses and University pubs where my favorite musicians were playing.

Over the decades I’ve listened to 45s, to albums, then tapes, then CDs. Music of a variety of styles created the soundtrack to my life. As an adult I listened to music in my living room, in my bedroom, and in the car. I sang in my church’s worship team. I played my piano at home. I sang as I worked and when I went out for walks.

Music was uplifting. It was soothing.

But when I got very very ill the music stopped. Now, it wore me out too much to listen to it. I certainly wasn’t singing or playing an instrument. In the days when the ticking of a clock was enough to chase me out of a room, even beautiful music seemed more damaging than revitalizing.


It left me overwhelmed with dizziness and nausea. Vertigo tipped my world. Mental chaos and fragmentation caused my thoughts to fly like shards in all directions.

Even when I improved a bit years later, and could listen to some music once again, I would pay for it for hours afterward. I had to be prepared to sacrifice the rest of the day, rendered incapable of coherent thought or getting anything done.

It was a tragic, heartbreaking loss. Not only was it a loss of beauty and transcendence it was a loss of a piece of myself. Music had been a part of me. And now I had to shield myself from it. Music now fell in the same category as static, a blaring television, sirens or yelling kids.

I was so vulnerable to sensory overload that music anywhere in the house had to be turned off. Not turned down. Off. Completely. Silence reigned. I needed to wrap myself in it and protect myself from sound and mental effort.

The music system in the living room went unused. The one in my bedroom gathered dust. My electronic keyboard hunkered down in a closet. CDs and tapes were piled, neglected, in a box in my linen closet.

The endorphins, the uplift, being transported into higher realms of restoration and rejuvenation … the magic of these tools were lost to me now. Instead of bringing rest and invigoration it left me drained and vibrating.

I asked some friends who are part of our chronically ill community about their experience with music. Names have been shortened to initials for privacy considerations. Here are some of their observations:

K. is not able to listen to music very much because it causes sensory overload. She said, though, that this is improving now after many years and she is hopeful. And K. encourages those who can include music in their lives to do so because it certainly can be good for those who can tolerate it.

D. has no luck with music anymore because it overloads her sensory system. She used to love to sing in the car. If D. is in a remission or on a adrenaline high she can manage to sing loud, happy songs and find joy, but then she has the crash.

R. finds that some music may be emotionally draining due to its associations with certain memories or people. She likes to sing along to her favorite songs but unfortunately, this can require energy that R. really can’t afford.


C. has often played the piano as a form of emotional therapy. But, she finds that it usually takes a lot of playing before she gets the therapeutic benefit from it.

V. rarely listens to music anymore. She finds that most of her Latin American taste is too jarring now to her senses. V. does sometimes listen to beautiful Celtic music in the mornings as she do housework or chores. She find this to be immensely soothing.

This is obviously a small pool of opinions but I find it to be a useful one. Each person has a slightly different situation. Seems suitable for the ME/CFS community.

I also know a couple of people who are so severely ill that they were not typing statements for my mini-poll. Their extreme symptoms are such that they can tolerate no sound, let alone music. And they’d best not be using up their tiny energies talking or typing with me or anyone else about it. But since I do know about their situations I want them to be represented here.

Then there’s me. I have worked my way up from needing complete silence a decade or so ago, to being able to carefully determine when and how much music I can handle. I don’t listen to it, sing it or play it myself on my piano very often. Small doses and strategically timed.

I can’t listen to music and focus on anything else at the same time. For me there is no such thing as background music. So there’s no soft music on while I’m reading a book. Maybe I can knit if it’s a simple pattern. Or maybe I can put an album on the record player while I’m making dinner.

But I always know that I am spending energy and mental sharpness that is in short supply. I know that my muscles will get clunky and shaky if I have estimated wrongly. I might lose my train of thought for the whole evening. I may suddenly realize I am completely done for the day.

A year or so ago I discovered that I could drive with the radio on. Cranked it up. Sang along. Realized I was flooring it with a lead foot responding viscerally to the bass, and had to slow down. Felt normal. Felt great. Words can’t adequately express how awesome this was for me. I just know it feels like having crawled through the desert to an oasis.

Are you able to include music in your life?