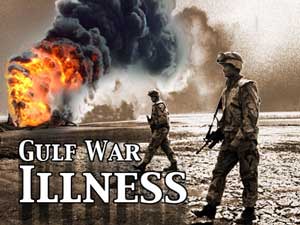 Gulf War Illness (GWI) and chronic fatigue syndrome (ME/CFS) have both struggled for recognition. Recent findings implicating similar findings in both disorders suggest each disorder could soon be helping the other gain more recognition and study.

Throw in a recent rare advocacy win for ME/CFS supporting collaboration between the two fields and hope rises that not only will we be seeing more GWI/CFS studies in the future but that the two fields will piggyback off the other – helping each to gain momentum and acceptance.

Indeed, it looks like the first XMRV grant that the WPI gets from the federal government may very well be on none other than Gulf War Illness…

WPI Gets its Grant? – A Gulf War news site (91Outcomes.com) reported back in March that the Congressionally Directed Medical Research Program (CDMRP) recommended funding for 12 new studies, two of which were on XMRV and one of which (gasp) was produced by the Whittemore Peterson Institute.


(Note that these were recommendations and do not necessarily confer funding.)

Overlaps…..A look at the other recommended CDMRP studies suggests that research interests in the disorders overlap significantly.  Two of the “Consortium Development Projects’, each of which should recieve substantial funding in the future, are on topics (Brain-Immune Functioning/ Autonomic Nervous System Functioning, Central Neural Processing and Sleep) that would have fit perfectly in the ME/CFS State of the Knowledge Workshop last March.

Yet another study focuses on the effects of the  anti-nerve gas agent, pyridostigmine (a key a culprit in GWI) on none other than the ‘muscle and vascular ‘nociceptors’; ie  the same type of sensory receptors that the Lights have explored in CFS to such dramatic effect!  Finally a “Proteomic Immune Profiling’ study provides a possible tie-in given the successful Schutzer/Natelson proteomic study this year and the upcoming Baraniuk study. 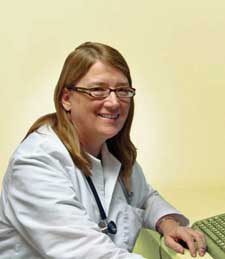 CFS Researchers Already Engaged – A database search of the Gulf War Illness site, not surprisingly, brings up one of our best DOD connected researchers – Dr. Nancy Klimas. In 2008 Dr. Klimas scored a $715,000 grant on Molecular Profiling in GWS that she used to lay a foundation for at the CDMRP for her main research interest, chronic fatigue syndrome. It took her all the way to the second sentence of her abstract on her GWS project to get chronic fatigue syndrome in there :)

Numerous studies have reported fatigue, pain, cognitive difficulties, and certain other symptoms in veterans deployed to the Persian Gulf (Operation Desert Storm) who developed a fatiguing multi-symptom illness now called Gulf War Illness (GWI). These symptoms overlap with those of Chronic Fatigue Syndrome (CFS). GWI remains a serious health consequence for at least 11,000 veterans deployed during the first Gulf War in the early 1990s. Our group and others have shown problems with the regulation of immune function in both CFS and GWI, although the literature is not uniform. We hypothesize that GWI is a subset of CFS.

Her GWI (notice that the ‘S’ in ‘GWS’ is  gone) study read like an ME/CFS study; it used an exercise challenge, focused on natural killer cells, and featured a systems biology expert from the University of Alberta who likes to play on supercomputers (ie; Gordon Broderick)

Dr. Klimas Startling Goal in these studies is nothing less than identifying the imbalances in the neuroendocrineimmune system in ME/CFS and GWI and then pushing it back to normal thus returning patients to health.

“we believe it should be possible to influence the mediators that sustain this balance and shift the balance toward normal…. The systems biologists …can both create these models and use them to propose very specific interventions to force the regulatory balance back towards a normal balance and health. Preliminary work has already pointed to novel, hormone-based interventions, and we expect a number of immune-based interventions to result from the proposed work. “ 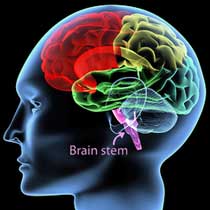 But that’s not all. With two funded studies totalling $1,750,000 since 2006, Dr. Baraniuk of Georgetown University is actually more connected to the Gulf War Illness CDMRP than Dr. Klimas is.  His GWI studies also almost eerily mirror his CFS work with his GWI brain proteome study following exactly the same protocol as his CFS brain proteome study.

In fact the results of the two brain proteome studies matched. In his Carnosine study abstract he reported that:

We have performed lumbar punctures (spinal taps) on two separate groups of subjects with Gulf War Illness (GWI) and chronic fatigue syndrome (CFS), and healthy control subjects. These proteins from the fluid around the brain were compared between these three groups. Ten proteins were found only in the GWI and CFS subjects, but not in the healthy subjects (i.e., GWI/CFS proteome). This is highly remarkable and suggests that these proteins play important roles in GWI.

A Timely Win – Dr. Klimas’  and Dr. Baraniuk’s focus on CFS  their abstracts turned out to be prescient. Two years later the CFIDS Association got chronic fatigue syndrome as a priority topic in the the same Congressionally Directed Medical Research Program (CDMRP ) that funded their work.

Now Dr. Klimas, Dr. Baraniuk (and other researchers)  will have  more of a green light to not just talk about ME/CFS but to actually include patients in their GWI studies.  As the CFS association with GWI grows it would not be surprising to see people with ME/CFS start showing up in the Brain/Immune and Autonomic Nervous Sytem Consortium studies as well. Getting people with ME/CFS into other studies is one way to increase real research funding into ME/CFS is one way to bypass the current limits on federal funding.

Given the other substantial overlaps  in the two fields the inclusion of ME/CFS into the CDMRP may turn out to be a very good move. Hopefully findings in the two disorders will piggyback on each other -accelerating research breakthroughs in both areas.

Thanks to Pat Fero for providing the information on the GWI studies on 91Outcomes.com.