Jody Smith joins with other ME voices in honor of Understanding and Remembrance Day for Severe Myalgic Encephalomyelitis. 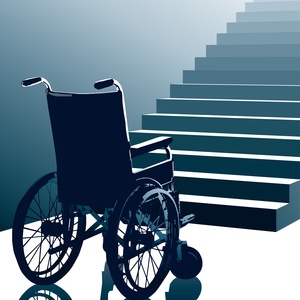 August 8th, 2016 is Understanding and Remembrance Day for Severe Myalgic Encephalomyelitis, an important day in the ME community. It’s a day that is intended to bring attention to those whose voices are the most quiet, whose presence is so easily overlooked.

Their footprint leaves next to no mark.

It’s a day that doesn’t get a lot of attention from outside our ranks. But we are determined to change that.

I have lived with symptoms of ME for the last quarter of a century. Symptoms have swelled and waned … but at my worst I was never among the 25% who suffer from the most severe forms of this disease.

So don’t look at me and think that I am an example of what ME can do to someone. The very fact that you can read my thoughts, and see my words, tells you this is not the case.

Don’t rationalize that it can’t be so bad because, look here’s Jody or someone else who is able to make a living, can think and function and maintain some relationships. We are the lucky ones.


But 25% of us are not seen, not heard, living in the shadows with voices quiet as a whisper or completely non-existent.

As their brothers and sisters the healthier of us in the ME community must raise awareness for them.

According to Naomi Whittingham in her Aug. 8, 2014 article, about 250,000 people in the UK have ME, with 25% of them experiencing such severe forms that they are housebound or bedridden.

Naomi has been ill with ME for over a quarter of a century. She has spent time living in her bed, and then in a wheelchair, needing full time care which her mother provided.

Naomi had to learn to feed herself over again. She had to struggle to be able to sit up and to talk.

According to Gabby Klein in her August 7, 2015 article, ME affects more than 1 million Americans, and possibly 17 million around the world. And approximately 25% of these people are virtually helpless.

Many have never had a boyfriend or girlfriend, will never have children, will never own their own home, needing to live with others who care for them.

There are no summer vacations, winter breaks, or fun plans for the weekend. Trips for family weddings, births, deaths … the 25% of us with the most severe experiences of ME aren’t going. Those links to a normal life are broken.

Friends drop away over time, some more quickly than others. But even the loyal ones who hang in there may sometimes finally disappear because their ill friends are not able to sit or lie in their presence for anything like a visit, can’t talk on the phone, can’t email, can’t manage Facebook …

Solitude is built into the extreme forms of ME/CFS, for the introvert and extrovert alike.

There’s no quick trip to the grocery store, nor is there a slow one. Shopping must be done by someone else or it just doesn’t get done.

Many with ME/CFS have never been able to get a driver’s licence — but in a way that is irrelevant since they also could not go through what is required to learn to drive and then take to the road. Many can’t even be a passenger laying in the backseat with a blindfold protecting their eyes, without suffering a serious and longlasting crash.


Dental problems fester and grow since almost no dentists will make a house call. This is also true for medical appointments and treatment of any other — read, treatable, recognized — condition.

Some of us healthier ones have benefited from naturopaths or chiropractors or acupuncturists. But for the person who is too sick to be able to come in to the office for treatment … These practitioners might as well be on the moon.

And then, there’s the financial cost that makes such things out of reach for many. Some of our most severely ill have spouses or family or friends who assure that their financial needs are taken care of. Some have disability pensions. Some had savings that haven’t been totally siphoned away just yet.

But many live on the razor’s age, at the edge of the abyss. They can’t work and they can’t prove they are ill … or can’t get to the appointments needed in order to do this. They are too ill to qualify for disability pensions.

So the food they need, the medications or supplements that would help them are out of reach.

For some, the anxiety and stress of unstable living conditions erodes any well-being past the point anyone would find tenable. But our people live in intolerable situations under unbearable conditions year after interminable year, with no relief in sight.

Washing their hair, brushing their teeth, even getting to the bathroom, can be impossible for some.

Existence occurs behind closed doors, which are necessary on one hand to protect the ill individual from too much sensory stimulation which exacerbates exhaustion … and yet at the same time the solitude can also be devastating as it goes on for years on end.

I have a friend who can’t talk above a whisper, who can’t look at a TV screen directly, who can’t have her beloved nieces and nephews in the same room with her for more than five minutes at a time.

I have another friend who spent years living outside because she was too ill to have a room with a closed door. So she lived in a tent.

Another friend is in a wheelchair. He needs someone to buy groceries, to help him with meals.

All of them need some kind of medical care but they’re not getting it. And they haven’t been getting it for years. They continue to hope that this will change some day because it’s just too bleak to give up that hope.

Some have died, because of the neglect they suffered for years on end.

Sophia Mirza was one of these. She died at age 32 in 2005. Her birthday, August 8, was chosen as our date for Understanding and Remembrance Day for Severe ME and as a remembrance for Sophia, and all the others like her who have succumbed to the unrelenting onslaught of ME.

The 25% with severe ME are a quiet bunch. People don’t hear much from them. But that doesn’t make their plight any less dangerous, in fact this invisibility makes things even more dire.

The medical community has deplorably given them short shrift for decades.

We must do everything we can to be their voices, and bring awareness and understanding to these precious people and what they’re going through. Change for them must come.

What it’s like to live with severe ME. Naomi Whittingham. Aug. 2014.
https://www.telegraph.co.uk/women/womens-health/11018709/What-its-like-to-live-with-severe-ME.html

August 8th – What is the one thing about suffering with severe ME that the world needs to know? Andrew Gladman, Aug. 2014.
https://phoenixrising.me/archives/25651