In an exploration of be-ing it pretty quickly becomes clear that we are never alone in this world…we are always, always ‘in it’ with something. Whether it’s how our body feels or our thoughts about the person at the grocery store or the dishes in the sink or our general situation we’re always in the world ‘with something’. We’re always in a ‘dance’ with something.

The Right vs Wrong World – Generally we interpret what we are in a dance with by deciding if its right/wrong. If it’s right then we’re OK with it but if we’re in a ‘dance’ with something that we interpret is ‘wrong’ our minds go into overdrive – registering complaints, anger, frustration, etc. about something they believes shouldn’t be. We protest, we get angry, we feel hopeless……we basically struggle like a fly on pin against this something that just shouldn’t be there….but is..ME/CFS and other chronic illnesses obviously provide an enormous amount of ammunition for that.

It’s an understandable reaction… It is, after all, indisputably ‘wrong’ to be ill and ‘right’ to be healthy. Being unhealthy was not supposed to be part of the picture. But does saying so again and again help at all? Or does it tie us up into more knots of frustration and anger? And deflect us from the grace of just being? How can you just ‘be’ with something that you’re committed to having be wrong? You can’t.

You can make the argument, on the other hand, that anything that is is perfect…Why? Because it is….. In fact according to people who have experienced it enlightenment is simply accepting that everything is just the way is and is not the way it is not.

In this scenario pain and illness are not necessarily ‘wrong’…In part each is an inevitable part of existing in a highly complex physical body in which things can and do go wrong. Being with strangely functioning body is an inherent part our experience as humans. In his experience off enlightenment Alan Watts ‘got’ that the world, including the dark sides of it, was perfect just the way it was. Werner Erhard, whom I am more familiar with, built his work out of a similar experience.


“To the individual thus enlightened it appears as a vivid and overwhelming certainty that the universe, precisely as it is at this moment…is so completely right….the mind is so wonder-struck at the self-evident and self-sufficient fitness of things as they are, including what would ordinarily be thought the very worst, that it cannot find any word strong enough to express the perfection and beauty of the experience”
Alan Watts 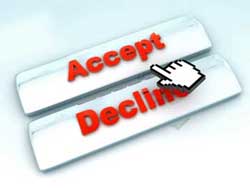 Another Choice – That kind of experience obviously doesn’t exist in a right/wrong world. We always have the opportunity to choose to interact in a different manner. What if we interact with the problems in our lives – and everybody has many of them, sick or ill – on the basis of whether we accept their presence or not? Instead of assessing whether an event is right or wrong we can, if we wish, choose to asking ourselves whether we can ‘accept it’ or not? Can we allow it ‘to-be?’ That orientation has the possibility of making us alright with the world just as it is -which is probably a valuable thing to do – given that the world is not likely to change itself on our account.

Included in that possibility is the possibility that we aren’t willing to accept or allow things to be – which is fine as well. It doesn’t work to make accepting things the ‘right’ thing to do. The point is see if interacting into the world in this way is helpful or not. Does it increase one’s quality of life?

If you let something be it will let you be

West vs East – Particularly for those of us in the West this seems backwards. In the West ‘acceptance’ has connotations of weakness. We are, after all, the doers….we don’t accept things – we fix them and that way of be-ing in the world- that there is a fix for a problem – is a superlative accomplishment of the West. It is an accomplishment , though that leaves us absolutely flailing when we find something that we can’t fix. We are a first world country in terms of knowing how to fix something and we are third world country in dealing effectively with things that we cannot fix.

If you’re in the West and you have a medical problem that cannot be fixed – you may actually be in worse shape mentally than if you’re in a poor third world country – because we have not developed have the mental tools to accept situations like that. We’ve never really developed the muscle of ‘acceptance’. Doing so almost goes against our grain as human beings.

Happiness is accepting what is
Werner Erhard

If I accept something I can be with it – which is probably a very valuable thing to do in a condition that, in part, is characterized by increased activation of the fight/flight response. This is a disorder in which getting riled up has few benefits. This is probably a very good disorder to practice ‘acceptance’ in.

The Past Week – Over the past week I have engaged in the practice of ‘accepting’ everything that comes into my life. I don’t argue with anything…I don’t rail against its appearance….I consciously accept everything…and it’s helped….

I walk into a store..my shoulder hurts – I accept it and move on…..the organic cabbage is really expensive, I feel my system start to protest……I accept that…..as I walk along I think how behind I am on a paper…I accept that I’m behind…there’s five people in line…..darn….I waver..and then accept that the line is longer than I had wished ……I feeling fatigued–I accepted that instead of protesting it and I relaxed…my thirty year history with ME/CFS — -I’m not quite ready to accept that – so I accept that I couldn’t accept that yet and move on

And so it goes -over and over again…the first couple of days were mostly about accepting painful or disturbing body sensations. As I went on it got a bit deeper and I starting noticing moods and thoughts. I, for instance, feel kind of amped up …..I decided to call that ‘worry’ which may not be entirely accurate, but something about it was right, though, because distinguishing and accepting I was in state of ‘worry’ helped some of it to fade. Being able to distinguish my mood – and name – and accept it allowed it to fade. Distinguishing is an important tool that Buddhists use as well.

We do not notice, and therefore do not take into account, what is omnipresent. And therefore, your various already-always-listenings are difficult for you to discern for yourself. They are, so to speak, hidden from you. And what you don’t distinguish runs you.

I found that when I let these things be- when I saw what they were, brought them up to consciousness and accepted them…they tended to let me be. Those things I couldn’t accept -I accepted that I couldn’t accept them….Things weren’t a bed of roses but I was more relaxed – me and the world have made a bit more peace this last week. 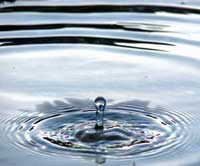 Interestingly as I continued to accept the bad stuff over the next couple of days….at times good things began to come into my frame….. – I accepted the beauty of a tree I had never noticed….the dark tones of my Rooibos tea and the steam swirling off it in the sunlight……I accepted the beauty and richness of that….something I would not have noticed before. Acceptance was unexpectedly moving me into a deeper appreciation of the world – into just be-ing in the world.

I love the imagery of drops of water dripping into a huge underground cistern of calmness and acceptance and by practicing and practicing acceptance I can slowly fill that cistern up. If I don’t practice and allow the everyday judging and rightness and wrongness will remain. But I think if I practice I can very slowly replace that one with a happier and somewhat healthier one. …