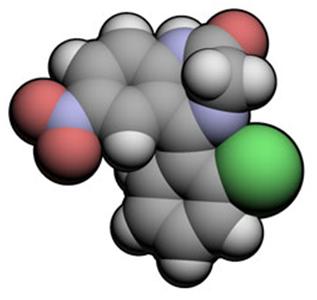 The benzodiazepines may be the most commonly used class of drugs in chronic fatigue syndrome and it’s easy to see why. Their ability to enhance the effects of the ‘feel good’ neurotransmitter, GABA, makes them a nice foil for study findings indicating that the fight or flight response is turned on in ME/CFS. Look down the list of effects (sedating, sleep-inducing, anti-anxiety, anticonvulsant, muscle-relaxing) and you can see why they seem a good fit for a disorder in which Dr. Cheney once said, probably only half–jokingly, that inducing a coma might be very helpful.

Benzodiazepines can have their dark side, however. Long term use can lead to tolerance and dependence and problems with withdrawal. Even if they’re not suffering from negative effects, some people who come off long term benzodiazepine use feel better.

Earlier this year, we combined a blog featuring the story of one chronic fatigue syndrome patient’s struggle to get off Klonopin (clonezepam) with a survey. Already taking high levels of Klonopin (3 mgs/day), the person with the difficult withdrawal had been advised to up her dose by her doctor. She refused, but she still ended up in a detoxification center fighting to get off the drug. 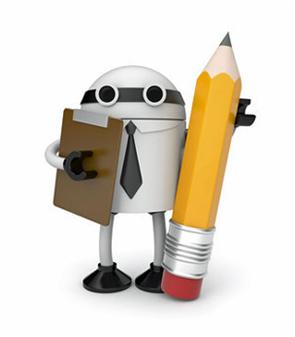 Here are the results…


I have been diagnosed with chronic fatigue syndrome (ME/CFS)

I have been diagnosed with fibromyalgia


Gabby had been taking 3mgs/day of Klonopin. With the vast majority of patients (83%) reporting that the maximum dose they had ever taken was 2 mgs/day or lower, we found her dose to be on the high end. However a significant portion of patients (17%) were taking Klonopin at doses (3 mgs/day or greater) that caused her problems.

The maximum dose of Klonopin I’ve used was

The common long term use suggested that the drug was helpful and, in general, when we asked about benefits and risks that’s what we found.


58% of respondents stated that Klonopin had been ‘very helpful’ and 22% stated it had been ‘somewhat helpful’.


With 4% of respondents stating Klonopin was ‘somewhat harmful’ and a whopping 13% stating it was “very harmful’, the potential for damage was clear as well.


Tolerance (the need to increase one’s dose to get the same effect) and addiction (craving for the drug) are two possible side effects.

The results of this survey concurred with the generally accepted view that problems with addiction were relatively rare (8%), and signs of becoming tolerant were more common (29%), and most people (66%) did not experience signs of either.

I have been diagnosed with or exhibited signs of


20% of respondents felt they noticed signs of ‘tolerance withdrawal’; i.e. they thought they may have been having withdrawal symptoms while still on the drug. Anyone questioning whether this is happening to them should discuss it with their doctor.


Rates of negative psychological symptoms were relatively low, with 14% of the respondents (24) reporting they’d experienced them since going on Klonopin. The most common negative side effects were anxiety (67%), depression (50%), dysphoria (loss to capacity to enjoy life (42%)) and rapid mood changes (38%). Four people reported having suicidal thoughts.


While we don’t know if these are the same people, note again that the 14% rate of negative psychological symptoms mirrors the percentage of people who had ‘very harmful’ experiences and is similar to the percentage of those (17%) who took 3 mgs or more of Klonopin daily.


Most people who stopped the drug did so under a doctor’s supervision (90%), 6% saw a specialist to help them get off Klonopin and one went to a detoxification clinic. 23% used other drugs to get themselves weaned off of Klonopin.

Most people (51%) did not experience withdrawal symptoms. Of those who did they mostly lasted a week (16%). One person with constant anxiety reported that Klonopin worked so well that she had no fear at all about anything…which was dangerous in itself.


A significant portion of patients (22%), however, reported that they dealt with withdrawal symptoms that lasted over a month and in 14% the symptoms lasted from 3-6 months. One person wrote that a year later she was still trying to taper down the drug, sometimes with ‘fairly severe’ effects. Two other people reported that the withdrawal effects lasted longer than a year, and one person stated it took 2-3 years. One person who’d been on the drug for 20 years was struggling to taper it down, while others reported doing just fine for many years on the drug.


About half the survey takers left comments and as expected they were very variable. One person said “Klonopin has saved my life. It has helped me cope with this difficult illness. I take it only when I need it”. Another said it was the ‘worst drug’ they had ever tried. One tragic response was from a mother who believes that the 6 mgs/day regimen her son was on contributed to his suicide. Several people reported that Klonopin helped them greatly with their light sensitivity issues. Check out the attachment for all the responses.


Gabby’s experience, thankfully, was not typical. Most chronic fatigue syndrome patients, at least in this survey, took lower doses than she did, tolerated it well and benefitted from the drug. The common long term use of the drug suggested that its benefits usually outweighed its risks. When Klonopin was taken it was usually taken regularly (daily). Klonopin clearly plays an important role in aiding sleep and reducing ‘arousal’ and anxiety in people with this disorder. It is clearly the benzodiazepine de jour for the ME/CFS community.

A significant subset of patients, however, do have trouble with this drug. While we can’t draw conclusions, the percentage of patients (17%) taking higher doses (3 mgs or greater) of the drug; reporting ‘very harmful’ (14%) or ‘somewhat harmful’ (4%) experiences; and experiencing negative psychological side effects (14%) were remarkably similar. 14% of patients also reported that it took 3-6 months for their withdrawal symptoms to dissipate and 2% reported symptoms lasting over a year.

We can’t tell whether these were the patients taking higher doses of the drug, but it’s certainly possible. While not definitive, the survey results suggest that patients taking higher doses should monitor their symptoms to ensure they are not experiencing withdrawal symptoms while still on the drug. As always, check with your doctor when new symptoms of any type occur while on any drug.

Again, doctors usually prescribed the benzodiazepines as sleep agents, as calming aids or as muscle relaxants. (One doctor prescribed it to bring the heart rate down during exercise). Reflecting higher average doses for several of these drugs, the average daily dose was much higher (the typical daily dose for Xanax for anxiety is 5-6mgs and for valium it is up to 30-40 mgs.)

Again, most people had been on a benzodiazepine for long periods of time, with easily the most common duration being greater than 5 years (38%). Most people who took the drug took it daily as well (52%).

Once again, most people seemed quite pleased with the drug’s effects, with 80% stating that it had been either ‘very helpful’ (55%) or ‘somewhat helpful’ (29%). 10% stated that the drug had been ‘harmful’ or ‘very harmful’.

This benzodiazepine has been


About a quarter (27%) stated that they had to up their dose to continue to get the desired effect – a sign that tolerance could be forming – and 8% felt they may have developed a craving for the drug (a possible sign of addiction). Most people (71%) did not, however, feel that they developed signs of ‘tolerance withdrawal’. (17% percent felt they did and 13% didn’t know.)

Getting off these benzodiazepines appeared to be more difficult than with Klonopin. Most people who stopped the drug (62%) experienced minor or no negative effects, but over a quarter (26%) reported that they experienced severe or very severe side effects. Most people withdrew from the drug under a doctor’s care, but 10% used a specialist or a detox clinic to do so.

If you have stopped this benzodiazepine please answer the following question…When I stopped taking this drug, I…


About 13% of the 179 responders had tried a third benzodiazepine, with most trying either Valium or Restoril. The responses were similar with a slightly lower ‘very helpful rating’ (43%) and a higher (26%) ‘no changes noticed’ rating. Again, most were able to get off the drugs quickly and easily, but again a minority had difficulty.