The Chase Community Giving Contest is almost the only way for penny-poor CFS non-profits to come up with easy cash. With four days left in the contest two non-profits – the New Jersey CFS Association (#93) and the Enterovirus Foundation (#81) – are hanging on by the skin of their teeth. The next couple of days will make or break them.

Let’s take a look at these two organizations 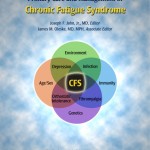 A Leader Struggles – That the NJCFSA is struggling in the Chase Contest is a bit strange since it may be the most dynamic state CFS non-profit support group in the country. Not only did the NJCFSA produce a comprehensive manual on ME/CFS that’s been translated into Spanish and Japanese, they also lobbied to have the manual presented to physicians in their state and helped other states to do likewise.

The NJCFSA also has both high school and college scholarships, a pediatric center that advocates for children at schools and manages a statewide network of CFS support groups – a rarity in the US – and they put on a yearly CFS conference.
Check out an interview with the NJCFSA and see how effective they’ve been with very little money.

This is an organization that has reached beyond its boundaries and made a difference in other states and even across the world (with its Manual of CFS translated into Japanese). In several ways – with its state legislative work and its pediatric work focusing on children in schools – the NJCFSA has been a model for other CFS non-profits. Unfortunately the NJCFSA has dropped in the Chase Community Contest and urgently needs our support to stay in the top 100.

Twenty-five thousand dollars would make a big difference to an organization that has and is making a difference in New Jersey and elsewhere: please vote for the NJCFSA in the Chase Contest. 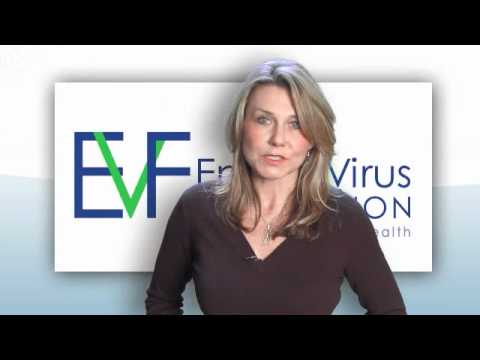 A much younger organization than the NJCFSA, the Enterovirus Foundation, was borne out of a mothers travail. Lisa Faust had developed a prominent events management corporation when both she, her daughter and several of her daughters classmates became seriously ill following an infection. Trips to the doctor after doctor led nowhere until  a doctor diagnosed her with an enteroviral infection.

Enteroviruses are small common viruses that we have all been infected with one time or another. Usually benign in nature, they can cause serious illnesses and are associated with at least 26 different syndromes and diseases, including coronary heart disease, type 1 diabetes, chronic fatigue syndrome/myalgic encephalomyelitis, myocarditis, ADHD, and central nervous system infections such as polio, meningitis and encephalitis.

Enteroviruses were one of the first pathogens ever associated with CFS. Dr. John Chia, who sits on the Enterovirus Foundations Board of Directors, has produced several studies suggesting that gut enteroviral infections are common in ME/CFS.

Despite their track record as a serious pathogen, though, enteroviruses remain poorly studied and even more poorly treated. Because there are no standard treatment regimes for enteroviral infections most physicians (including most ME/CFS physicians) simply don’t even test for them.

Lisa Faust doesn’t want other families to go through the wasteful, costly and seemingly endless search that her family did and so she created the first foundation devoted to enteroviral research in the US. Foundation deserves our support.