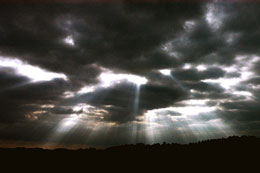 (The Bringing the Heat Blog was down for about 1 month. Get ready for a slew of blogs to come your way’)

A month ago the head Dutch researcher, Kuppeveld, stated that he considered XMRV story over. After what he described as an intense effort to find the virus failed he was folding up shop on it; there would be no more XMRV studies coming out of his lab.

A New (Expanded) Study – No papers have been published since then but it appears that a decidedly different story is brewing in Utah. We had heard that the three dozen or so people who participated in the Light’s fascinating exercise study were brought back to get tested for XMRV. What we didn’t know is that that study has recently been expanded – greatly. Since one thing researchers do not do is repeat negative studies, the only logical conclusion we can draw is that enough CFS patients tested positive for XMRV to make a greatly expanded and obviously much more expensive study worthwhile. These patients, and we don’t know how many were positive, appear to be the first patients who’ve tested positive at an independent laboratory. The XMRV story may be over in Holland but it appears to be gathering steam in Utah.

Luckily, CBS, a member of the Phoenix Rising Forums is participating in the new study and was willing to give us some insights into what’s happening. First the new study consists of about 100 CFS patients, hand-picked by Dr. Bateman, and about 200 healthy controls. Dr. Light appears to a major fundraiser for the study – plucking money out of every corner he can. Dr. Singh, a noted retrovirologist already steadying XMRV in prostate cancer, will supervise the analysis of the samples. ARUP – the research laboratory associated with the University of Utah – is providing facilities and manpower.

When CBS showed up for his blood draws he stepped into a highly professional environment. He signed in and rounded the corner to find a hallway full of techs with stopwatches. As each of approximately 6 vials of blood were drawn, the gloved phlebotomist immediately handed it to a gloved tech who set his/her stopwatch and hustled out of the room to the next location. The collecting receptacles were swabbed with alcohol after each patient.


A Sober Analyst – Dr. Bateman’s role in this is interesting. Her video presentation about XMRV several months ago was notable for her sober approach to it is and she appeared quite concerned about how well her patients matched up with the apparently immune dysfunctional patients in the Science study. Although we can’t know for sure it appears that something has changed in her outlook on XMRV. She stated that all parties were working around the clock on this.

These researchers moved fast – it took them about a week or two to process get several hundred samples. They’re doing PCR, antibody and culture tests. CBS expects to get his results in about eight weeks and the researchers are banking blood as well – so expect more studies to follow this second study if it works out well.

ARUP is by no means an ordinary lab. Employing 2,400 people it is a ‘national reference laboratory’ that specializes in ‘innovative laboratory research and development. The website states that ARUP chooses to provide “highly complex and unique lab tests” The Light/Bateman/Singh/ARUP team will not be looking at one sample multiple times or testing multiple samples from one patient to get one positive result. Nor will they accept ‘dim bands’ on the PCR as positives (a critique given to the Science paper). This will be a one sample one patient, clearly defined PCR result study, and logically this is what we should expect over time as larger, more sophisticated labs further refine XMRV testing procedures.This is surely what Dr. Peterson meant at the CFSAC meeting when he said the WPI needed other researchers to pick up the ball and run with it.

Dr. Bateman is well known for her well characterized patients and her fine-tuned sense of the different subsets present in CFS and FM. She stated that she believed this study will provide definitive evidence of how prevalent XMRV is in a broad swath of CFS patients.

Lights in the Darkness – The Dr’s Light (there are two of them) role in this is intriguing as well. Dr. Alan Light came up with the scintillating study that found greatly increased receptor levels to substances like lactic acid in CFS patients. He is a pain researcher, not a retrovirologist – but it appears that both he and his wife are giving this study every kind of support that they can. We should be thankful for researchers that are able to leap over professional boundaries when needed.

ARUP and Blood Testing – Please do not try to get your blood tested at ARUP. Dr. Bateman emphasized that ARUP is not open for commercial testing of XMRV and does not want to be flooded with requests for that.

Conclusion – While we don’t have any published papers we do appear to have the next best thing; signs that several researchers associated with a reputable independent lab are having success finding this virus in ME/CFS patients and, in fact, are redoubling their efforts to look further.