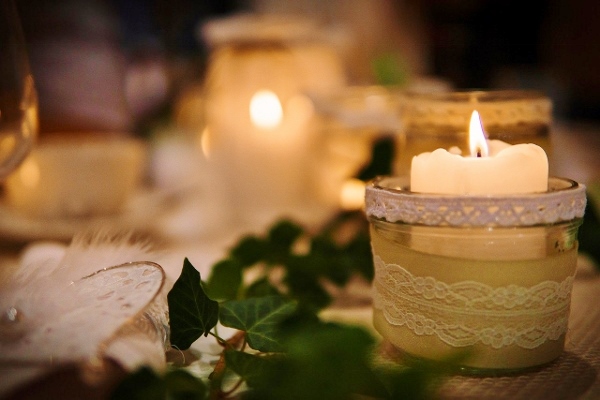 This year marks my twenty-eighth holiday season fractured by ME/CFS. Some years have been better, some worse. All of them have been thrown off kilter in one form or another for me and my family.

My first Christmas marred by ME/CFS was in 1992. My husband had had fibromyalgia for four years. That spring I’d had a bout of frightening symptoms which disappeared six week later as mysteriously as they had arrived.

We had five children between two years and 10 years of age. Life was frightening and unstable and unpredictable. We felt like we were hanging over a precipice and our ability to protect and care for our children was in jeopardy.

Our furnace had broken down. Repairing and fueling the thing was far beyond our means so my already-injured husband re-injured his ribs day in and day out as he chopped wood for our two wood stoves that winter.

We lived in the country with one rickety car, on a poorly kept road with ditches on either side, 20 minutes outside of the nearest town. When it was dark and cold it was REALLY dark and cold. There was a certain beauty to the stillness of the crisp snowy nights with not a sound when I’d go outside to stack or carry in wood. But life was hard.


By the next Christmas, we had moved from our isolated little house into a subdivision, and we felt safer. Our kids ranged in age from 3 to 11 years old, and we felt better that they now had friends in the neighbourhood and their grandparents were a three-minute drive from our house.

This was a much better scenario but it didn’t keep me from falling ill again a few weeks before Christmas. My husband was a full-time student, and he came home one day to find me lying sprawled on the couch, with a blank stare on my face.

The wordless message was: “It’s all on you again, buddy.” Once again he rose to the challenge. He fed the kids, did the shopping, took care of me, and made sure I could rest and disappear into our bedroom for much of the day.

I won’t drag you through all the appointments and tests that led nowhere. We’ll just stick with the pressures of the holiday season.

Each year there were a million lists and details and meetings and visits that I was determined to plow through. And each year I was completely leveled by the end of December. It would take several months to regain much ground.

Stupid. I know. But I couldn’t help myself. You know how that goes.

Ten years ago I found Phoenix Rising, and my first Christmas bolstered by this community was life-changing.

I had no circle of friends in my town and I was feeling the lack deeply. But my friends at Phoenix Rising lit up the days when I would otherwise be feeling low and discouraged. There was always someone to talk to, who understood, who was happy to share both the pain and the dumb jokes and what I called the peripherals of life.

Here were people who were interested in the funny thing that happened or the problem I couldn’t work out, who helped me to decide whether to colour my hair, who read my occasional ME/CFS-garbled posts and laughed it off with me.

Phoenix Rising brought in light and warmth for me. Things improved even more when I found work online. Over the next few years I was able to earn a living by writing and editing. It brought in some financial stability and professional satisfaction and a greater sense of normalcy. I met people in my work sphere who treated me with affection and respect.

But that didn’t stop me from experiencing ME/CFS crashes every year at some point. And often this happened as Christmas would loom. Too much to get done, not enough money or time or rest to be able to do it without running into deficits of all kinds.


This year, my ME/CFS symptoms started early, kicking in well before the holiday season. In fact they began to emerge before the end of October and have been hanging over me like an ugly fog. The main culprits are cognitive issues and a physical fragility. I have less stamina these days, so I get less done, and need more time to recuperate from my little expenditures.

I know I am not alone in these challenges and struggles. I know there is a whole global community living with such things, and worse. Far worse.

Do you have small children depending on you? Are your children grown and living far away, too far away for you to visit? Or are they nearby but you are too ill to be able to spend time with them the way you’d like?

Or perhaps you have no family, and are alone at this time when the solitude and isolation borne of chronic illness cuts so deeply. It’s too hard to go out, and nobody wants to come in. And maybe you’re not up to company anyway. No cards, no tree, no shared holiday meals or indulgences.

At this time of year when so many lovely bubbles of idealistic warmth and nostalgia and cozy pictures fill our hearts and minds, the air waves and social media … for many of us all this imagined beauty just amounts to torment.

So what do we do about it all? Well, I guess we do what we’ve always done. We try to budget out our meager jewels of energy so as to not to end up in deficit any more than we can help. We put aside the things we’d love to be doing, that we know we aren’t capable of doing, or that would cost us too much at present.

Get things done a few minutes at a time, with long rest periods in between. Do something one day and make sure to do nothing extra the next. Or maybe for the next couple of days. If you have someone you can delegate to, do it. Be realistic about this weakened vessel you live in and take care of it.

We know how to do that. We go to bed or sit and look out a window, or with our eyes closed. Maybe we are well enough to put on some soothing music or something on TV, watch a favorite video perhaps. And try to remain peaceful as yet more of our days fall away like pearls sliding off a broken necklace.

Sometimes we’re pressed down under the gloom. Brooding is then the name of the game. But with all the wounds we suffer, we are wounded soldiers who have developed some inner iron, because we have had to do so to survive. And we call on that, rely on that and fix our hope on something better for the future. A better tomorrow, or a better spring … a better life.

In the meantime, my wish for you is that this holiday season is as gentle and healing and happy as possible and that healthier and happier days lie ahead of us all.

How do you deal with the pressures, expectations and disappointments of this time of year?

Image by Stefan Nyffenegger from Pixabay