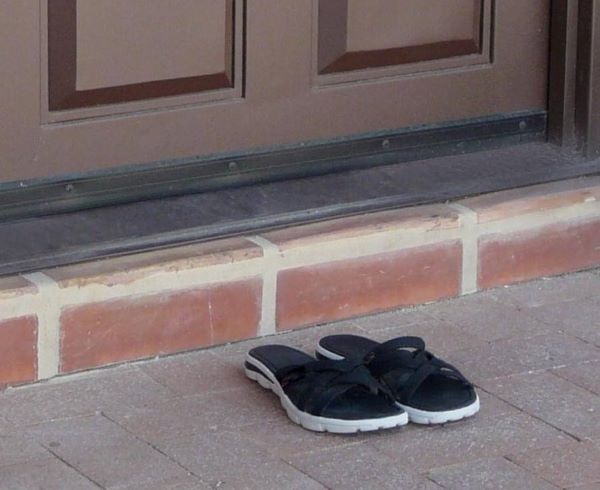 International ME/CFS and FM Awareness Day 2019 has grown from an idea conceived by Thomas Hennessy, Jr. back in 1992. He chose the date of May 12 because it was the birthday of army nurse and Red Cross founder Florence Nightingale, who lived with an unidentified chronic illness for the last 50 years of her life.​

This year marks 27 years since our Day’s inception. That was also the year that I first became ill with ME/CFS. As of May 12, 2009, I had only been healthy enough to be back online for a matter of weeks. I had never heard of our Day. But I gradually got caught up.

I started writing about International ME/CFS and FM Awareness Day a couple of years later. And back then it was easier to do so in a way. Not that there was a lot of information online about it at least not that I could find. But something started to change in the last couple of years, slowly.

This year, it’s going to be harder to write about it. And I guess that’s a very good thing. There is so much online about ME/CFS and about our special May 12 that it’s getting hard (for me, it’s impossible) to keep up. There are so many groups and individuals who are doing what they can to increase ME/CFS awareness.

Consider how things were until just the past few years.

Back in 2009 I had a conversation online with a friend of mine. We were both writing ME/CFS blogs. Both discouraged by the lack of awareness in the world of our illness and the devastation it was causing for us and so many others. Our goal was to paper the Internet with articles and posts about ME/CFS.

I think this goal rang a little hollow for us because though we both had cognitive issues from ME/CFS we were also both intelligent reasonable women who could see what was there in front of us. And what was in front of us was an astonishing dearth of anything to do with ME/CFS outside of our own ME/CFS ghetto.

But we were doing our best, like many other sick people, we were trying to stand in the gap for our community. As it happens, those are her shoes in this article’s photo.

Tilting at windmills a la Don Quixote? Yeah, maybe. But this was our passion whether it was possible or not. And you know? It’s happening. Still mostly in our ME/CFS ghetto, unfortunately, but things are changing nevertheless.

I love that we now have journalists and advocates and researchers and scientists and doctors who are working with us and for us. I am so happy that the ranks of people who are savvy in the how-to’s of public relations, legalities and political lobbying, and professional story-telling are proliferating.

Networks of sick people and caregivers are pulling off major events like Millions Missing and Light Up the Night, around the globe, along with merchandising and fundraising.

What really hits home for me is the thousands of personal stories being told, often with photos and videos. People of all ages, from everywhere, are being asked for their experiences, how long they’ve been sick, where they live, what they miss most. They’re being asked for information tags, for their photos, for their shoes.

While we as the ME/CFS community have become extremely well-informed about our condition, its consequences and its destructiveness, it seems that we are still raising only a blip in the outside world. We’ll take it, mind you. Because this blip is more than we were getting for a long time.

In earlier days, I’d do web searches for a May 12 article and most of what I’d find were my own articles from the year before and the year before that, and articles by ME/CFS organizations and support groups and blogs by sick individuals.

I was most appreciative of the tremendous amount of work and energy that went into each of these offerings. But it was so frustrating to see that we really weren’t getting air time in the mainstream media.

We matter a great deal to us. We see the enormity of the problem so clearly. The problem lies in getting this urgency about this scourge into the awareness of the rest of the world. So far, generally speaking, still ain’t happening.

How is it possible with all the effort and time and messages and photos and stories and grief and anguish that we send shooting out to the world that we still get such a small response?

The defense mechanism of Dismissal is a powerful thing. Don’t like something? Dismiss it. You don’t have to refute it or prove it wrong. Just turn your back. Act like it’s not there.

Dismissal isn’t always a bad thing. It’s just … a very human thing. It can often be healthy, especially when a person is faced with information overload. There’s a grief overload that hits us between the eyes every day online, through news, through social media, through stories of our friends and their friends.

When it all gets to be too much we turn to the strategy of dismissal. Put it away. Push it aside. Walk away from it. Close the door.

This poses an ongoing problem for us as an ME/CFS community though, when this self-defense is used against … well, against us.

Increased output, more polish, more professional presentations, more graphic stories and images have most assuredly made a difference in raising ME/CFS awareness. Certainly, we of the community are encouraged, acknowledged, validated and supported by our fellow members and those that care for us.

I have to wonder though, what is missing that other people can see our displays, our confessionals, our statistics, our ill and vulnerable, and yet they remain untouched.

What will it take to get past this seemingly universal defense mechanism? How do we open those closed doors, unstop those covered ears, get ourselves in the cross-hairs of those side-eyes?

Will it take the continued spread of ME/CFS until everyone has a loved one who gets sick, or gets sick themselves? No longer is the horror of ME/CFS something that can be avoided by blocking it out. You can’t close the door on it, pull the blinds and fasten the shutters on it, because now it’s inside with you where things matter.

I don’t know the answer to any of this. I have spent a long time wondering about it. I have talked face to face and online more times than I can count with people who are sympathetic and nod their heads and then … nothing.

A couple of questions might be proffered by the most polite ones, and then it’s on to talk about something. Maybe what they had for lunch when they went out the last time. Maybe a game or movie or date that they attended. Or maybe they’ll want to talk about some other health condition that does interest them.

I don’t know why it is that so often even people who used to be friends are uninterested. I do know though that I and many like me have been dismissed by most of the people we know, or used to know.

But never mind. Dismissal can work both ways. We can dismiss the indifference and carry on in our quest. We’ll continue to lean on each other. Those of us who have voices will continue to speak up for those who have none.

There are so many events planned by so many groups and articles for International ME/CFS and FM Awareness Day that I can’t cover them all here. I do however have plenty of links that will provide you with an abundance of information about this brave and stubborn community and its Day.

Please feel free to add names and organizations and links that I have missed in the Comments section below.

ME/FM Society of BC
https://www.mefm.bc.ca/

The York ME Community
http://www.york-me-community.org/

Campaigning on behalf of the #MillionsMissing
https://shropshiremegroup.org/events/millionsmissing/

Light Up the Night Challenge
https://www.eventbrite.ca/e/light-up-the-night-challenge-tickets-60931365354/

May 12, 2017 Is International ME/CFS and FM Awareness Day
https://forums.phoenixrising.me/thr…ernational-me-cfs-and-fm-awareness-day.51295/

International ME/CFS and FM Awareness Day is May 12: The World Will Know
https://forums.phoenixrising.me/thr…ness-day-is-may-12-the-world-will-know.37396/