A Real Disease or What? Medical Student Survey Suggests Younger Generation Starting to Get It

Almost 200 medical students at Bond University in Australia were polled as to whether chronic fatigue syndrome is a disease or not. (Disease: “an unhealthy state of body or mind: a disorder, illness or ailment with distinctive symptoms, caused eg by infection”)

Surprisingly 75% of them thought it was a disease. That was in contrast to a study which found that 21% of doctors thought ME/CFS was all in the patients head, 29% who weren’t sure and 50% who disagreed with that statement. Interestingly, the authors noted that 30 years ago there was controversy over whether depression was a disease. Maybe the next group of physicians and researchers will be a bit more enlightened than than the last. 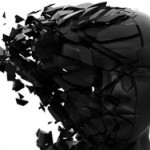 Unstable at the Core? New Study Looks at ‘Genomic Instability’

The new National CFIDS Foundation study will determine if something called ‘genomic instability’ contributes to chronic fatigue syndrome. Dr. Henry Heng found surprisingly high levels of significant chromosome alterations in a set of Gulf War Syndrome patients and now he’ll be looking in ME/CFS patients. Get the scoop on this intriguing research in this Phoenix Rising blog.

In this largest and longest placebo-controlled trial performed in FM addition of GH to the standard treatment is effective in reducing pain, showing sustained action over time.

Fibromyalgia’s a different story...A large (<400 patients) 2010 Spanish study (High Evidence of Growth Hormone Deficiency in Severe Fibromyalgia) found evidence of GH problems in 34% and documented deficiency in 17% and 2007 study found that growth hormone supplementation lead to a reduction in tender points and quality of life scores. A 2007 review suggested that it was the hypothalamus, not the pituitary (where growth hormone is produced), that was likely responsible for the abnormalities found.

Now a large Spanish placebo-controlled 18 month study suggests that growth hormone supplementation may be a very good thing to do for some FM patients. Almost 40% of patients on GH showed a 50% improvement in pain as measured by the visual analogue scale and Fibromyalgia Impact Questionnaire scores were significantly better (P<.01). The patients dipped a bit after going off GH but they still had less pain than before.

Interestingly, one of the factors that has increased interest in growth hormone has the success of xyrem (sodium oxybate) in some patients. Xyrem increases the duration of the deep sleep cycles in which growth hormone is released. Several randomized, placebo-controlled xyrem trials have significantly improved fibromyalgia (FM) symptoms. Unfortunately xyrem has two things going against it; it’s considerable cost (@$30,000/year) and its reputation as the date rape drug which has lead to difficulties getting the drug approved by the FDA and a horribly high price (@$30,000/year…Jazz Pharmaceuticals has raised the price of the drug 220% in the past four years and some analysts expect another 70% increase by 2014))

It’s pretty clear that the central nervous system isn’t handling the sensory inputs from the body very well in Fibroymalgia. In that disorder the pain processing system can get edgy and out of whack that even light touch can cause severe pain. There’s some evidence this occurs in many people with ME/CFS as well and now with this fMRI study Gulf War Illness (GWI) joins the ranks. Interestingly, in this study the GWI vets didn’t themselves display increased sensitivity to warm or hot heat – they weren’t nearly as sensitive as FM patients – but their brains did. The fMRI scan found that the brains seemed rather numb to the warm sensations but became hyper-activated to the hot sensation….

The Biggest Disorder? FM Shows Up in Rhuematoid Arthritis

At the Ottawa conference Dr. Clauw stated he believes the condition we know as ‘fibromyaglia’ occurs in many disorders in which chronic widespread pain, poor sleep, poor concentration, etc. are found. Indeed Wolfe has shown that disability and pain in rheumatoid arthritis is more a function of how many fibromyalgia symptoms an RA patient has than their usual RA symptoms such as swollen joints. If that’s true, if the medical profession’s goal it to get patients back on their feet (and off of disability) Clauw believes they should devote a lot more money to fibromyalgia.

Now comes an RH study trying to determine why Hispanics have a more difficult time with RH than Caucasians. They evaluated the heck out of 251 Hispanics, looking at disease activity, antibody levels, imaging results, joint damage and surgery as well as various disability, pain and depression questionnaires…..and then determined what contributed most to the risk of patients going on disability.

They found that the degree of pain the person was in was the most important factor in their going on disability…followed by a suite of problems…. irreversible joint damage, disease activity, depression and fibromyalgia. While irreversible joint damage did show up most of the medical testing results (imaging results, antibody levels, the need for surgery) that are supposed to document disease progression did not. Instead things like the presence of depression, fibromyalgia and pain were more powerful indicators of disability…

All in all the study backed up Clauw’s assertion that scans and tests are not particularly reliable measures of how people with these disorders are feeling and doing. This suggests the medical profession should take a deeper looking into things like pain processing if they want to help their patient lead healthier, more productive lives.

Researchers have looked for evidence that  fibromyalgia is present  a variety of rhuematological and autoimmune disorders but no one’s looked for it in an infectious disease until now. Irish researchers found surprisingly high rates of people with hepatitis C almost met the criteria for FM.  In some ways this shouldn’t be surprising; just as in CFS, an infection triggers FM in a substantial number of people.

This is yet more evidence of a ‘traumatic event’ such as infection or cancer treatment or an accident  somehow reordering the pain processing pathways in the brain. At his Ottawa talk Dr. Clauw noted that pain researchers have been surprised at the large role the immune system appears to play in that process.

Hopefully more researchers will look for evidence that an FM/CFS-like condition exists in other chronic infectious disorders and more research will flow to these areas. Fibromyalgia gets alot more research than ME/CFS  but relative to other disorders funding is paltry. In fact, on a person per person basis, ME/CFS gets more funding than FM.

Take the Social Security Disability Survey – the Phoenix Rising/Speak Up About ME survey is. We’ll use survey to help determine success rates over time and to inform CFS patients of what works best. We’ve gotten 137 responses thus far and we’re shooting for 250. Please take the survey. You can find out more about it here and take it here.

Recovery/Recovering Stories – as part of a series on Treatment Phoenix Rising is looking for recovery/significantly recovered stories. If you’ve mostly or fully recovered we’d like to hear how.  Below are the types of things we’re looking for. (All replies are confidential).

Find out more about this project here.

Hopefully the weather was good -since they presumably met outside; in any case – they seem to have made progress….The CAA has stated they are committed to incorporating the Open Science precepts of collaboration and data sharing into their research projects and recently brought their research teams together to do just that. In their report on the meeting the CAA’s researchers again and again noted how important collaboration was.

“I am very excited about having a unified platform…to compare, share and collaborate research information. This has the potential to overcome one of the main limitations we have… the fact that it is likely that there are more than one cause for CFS, and research reports include relatively small number of patients …Using REDCap as a common research database will compile research patient data….and provide the opportunity to advance our understanding of CFS.”

” I am looking forward to learning the results of those projects as they are produced and to incorporating them in our drug repurposing approach to CFS… In a future meeting of the group, I will be very interested to hear about any preliminary results that could help us steer our own research better.”

Flexibility works in an environment in which early information sharing has the potential to change project direction in mid-stream. It sounded like Patrick McGowan was already considering tweaking and enlarging his project based on information he gathered from two other researchers.

Dean Cook’s research is very complementary to the approaches my lab will use, and I believe there is substantial opportunity for collaboration with him. The feedback I received from the Biovista group will help refine our initial approach and increase the power of our ultimate analysis. I look forward to future meetings in which we discuss preliminary data.”

Check out more on the meeting here

A US District Court found that AT&T’s reasons for denial of longterm disability benefits for CFS patient Judi Peterson were ‘illogical’ and ‘without support’. AT&T did their best, hiring three medical professionals from Insurance Appeals, Ltd, to tear apart her case but it was for naught.

For one thing in their paper reviews they misdiagnosed her and essentially to consider her diagnosis of CFS. Their stick their head in the sand approach in hopes that the problem would go away approach failed miserably…. The fact that AT&T refused to consider her disabling fatigue in their decision to deny her benefits did not go over well with the judge. …Nor did the attempt to deny her claims because she was unable to produce objective test results for a disorder which…well, has no objective tests. The fact that AT&T refused to even provide Ms. Peterson with the reasons for cutting off her benefits didn’t help either…

Ms. Peterson’s attorney surely had tongue at least partly in cheek when he said “This decision illustrates that policyholders cannot always rely on an ‘unbiased’ third-party administrator to make logical and fact-based benefits decisions,” Hmmm….yes, those ‘unbiased’ admins can lose their way at times. More to the point he stated that if a denial looks ridiculous it probably is….as it was in this case. “Denials must be carefully scrutinized, and if the conclusions appear unfair, incorrect, or ridiculous, they probably are.”

After getting their loss splashed about in the media and having their image trashed, hopefully AT&T has at least gotten the message that ME/CFSis a real disorder and not something to be ignored…

Check out the Forum thread – https://forums.phoenixrising.me/showthread.php?17252-District-Court-Finds-AT-amp-T-Abused-Discretion-in-Denying-Benefits-to-CFS-Patient>

Tips for a Vacation with Chronic Illness

Jennie Spotila, ill with ‘chronic fatigue syndrome’ since 1994, disabled, and mostly housebound… blogs about living with CFS at www.OccupyCFS.com. “I wish there was a magic pill that would allow us to take vacations from CFS,” she writes in “Tips for a CFS Vacation,” published Apr 3, “but in the meantime, here is some of what has helped me while traveling:

Her first tip was, that if you can afford to travel – just GO!


ME Campaign to Create A Centre of Excellence in UK

Let’s Do It For ME Campaign – a patient supported campaign to create a Centre of Excellence in Norwich, UK is, after just a couple of months, a third of the way to its goal of 100,000 pounds… Check it out here https://blog.ldifme.org/2011/07/press-release-lets-do-it-for-me.html

We know the Lipkin XMRV study is done but Dr. Mikovits is not apparently talking about that. Dr. Mikovits apparently showed up at an Orange County Lyme, CFS and Fibro Meeting last Saturday to talk about the BioPhotonic Scanner made by Pharmenex..

Gluten free does not mean a food is not yummy. Check out the Spring Risotto from ZenfullyDelicious a beautiful gluten free site I just happened upon  that was developed by a person with FM and Celiac disease –https://zenfullydelicious.com/spring-risotto/.