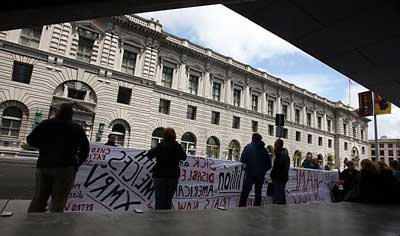 Rivka has helped to organize protests in Atlanta and Washington DC and now here she and others did so in San Francisco. This protest in front of a DHHS building triggered an article in the San Francisco Chronicle titled ‘Chronic fatigue patients protest lack of funding’ .

Dr. Montoya was featured prominently in it and called it ‘the Disease of the 21st century that we need to crack”

Fifteen minutes into an afternoon rally in front of the Federal Building, Susan Kreutzer looked ready to drop. She sat down on a low wall for a while, letting her husband and half a dozen other protesters carry on while she recovered what precious little energy she could. 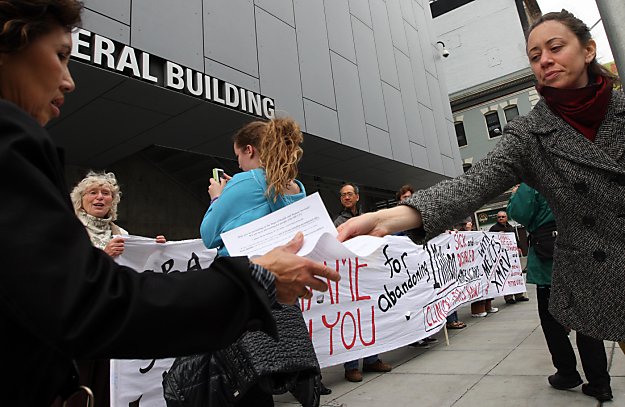 It wasn’t the largest or loudest rally, but the fact that patients with chronic fatigue syndrome, accompanied by their friends, family and other supporters, showed up at all Wednesday was a pretty big deal.


They were protesting what they say is dismal federal funding for research into their illness, which affects roughly 1 million Americans. Chronic fatigue syndrome – only very recently taken seriously by a growing segment of the health-care community – can be devastating to sufferers, leaving them bedridden for days or weeks at a time, unable to hold jobs or have normal social lives.

“I’m going to be in bed as soon as this is over. I was in bed all week before today,” said Kreutzer, 54, a Danville woman who developed chronic fatigue syndrome 20 years ago. “But it’s really, really important that I be here. So many people can’t get out of bed at all.”
[h=3]Likely biological cause[/h]
Chronic fatigue syndrome was first identified and named in the United States in the early 1980s, but it’s only in the past decade or so that major organizations like the U.S. Centers for Disease Control and Prevention and the National Institutes of Health have recognized it as a legitimate illness with a likely biological – not psychological – cause.

In fact, for many years patients were accused of faking or overstating symptoms, and even now that the disease is better recognized by doctors, patients say they’re often told the symptoms are in their head.

About $6 million in federal money goes toward research into chronic fatigue syndrome each year, and sufferers, as well as many doctors and patient advocates, say that’s not nearly enough.

“This is the disease of the 21st century that we need to crack, the mystery that we need to solve,” said Dr. Jose Montoya, an infectious disease specialist who helped establish a chronic fatigue syndrome team at Stanford School of Medicine five years ago. “There is no way of treating these patients, no way to diagnose them. Their life suffers to a point that their occupation, social activities, family life are basically devastated.”
[h=3]Daunting symptoms[/h] 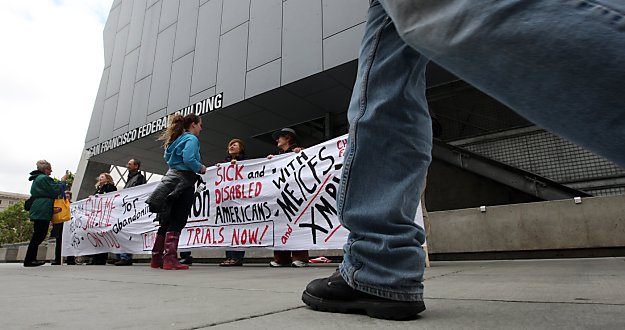 Chronic fatigue syndrome is marked by oppressive fatigue that lasts for days or weeks and doesn’t go away with rest or proper sleep. Other common symptoms include mental fuzziness and poor memory; sore throat and headaches; pain in the joints and muscles; and gastrointestinal problems.

For now, no one knows what causes the disease, or if there’s even a single cause. Many patients report suffering a major flu-like illness – like pneumonia or mononucleosis – that they simply never recover from, suggesting that there may be a connection to some kind of infection.

“It’s not sitting in a diagnostic box,” Montoya said. “Not only are the symptoms complex, but they fluctuate over long periods of time.”
[h=3]Difficult to diagnose[/h]
There is no way to objectively diagnose chronic fatigue syndrome – such as with a blood test or brain scan – and there is no standard treatment for the disease. Patients are often left getting just enough treatment to cope with the disease, but nothing that really addresses their symptoms.

“It’s not like they come to me and I give them a bunch of antibiotics and they get better,” said Dr. Jonathan Blum, an infectious disease specialist at Kaiser Santa Clara Medical Center.

“Cognitive behavioral therapy can help, and I think it’s greatly underutilized. But a lot of people don’t like being told to go to a shrink. They don’t want to cope with it, they want to fix it.”


That’s exactly right, said Rivka Solomon, a Boston-area chronic fatigue syndrome patient who helped organize Wednesday’s protest in San Francisco. Any sort of treatment to help patients cope with their disease is the equivalent of handing a Kleenex to someone with the flu, she said.

“The CDC, the NIH, they’ve basically abandoned us,” Solomon said. “We call this an invisible illness in part because we don’t look sick. But it’s also because we’re invisible – we’re stuck in bed and in our homes, all the time.”