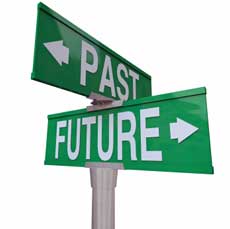 The Best of Times/The Worst of Times – 2011 will no doubt go down as the craziest year in ME/ CFS history.  Nothing could replace the excitement of the XMRV discovery or erase the letdown at its downfall but as the new initiatives popped up it was as if the medical gods sought some balance for a disheartened community.  The XMRV problems overshadowed much but if we can put that aside and take a step back this has truly been a year to remember and even, if you can, to celebrate.

Private Efforts Step to the Fore– Although the federal government remained largely moored in its bury its head in the sand stance towards CFS private/academic sector initiatives focused on ME/CFS blossomed.

This ‘trend’, of course, started with the WPI’s engagement with the University of Nevada at Reno several years ago.  That was encouraging but it was the Montoya Chronic Illness Initiative at one of the top medical academic centers in the world (Stanford University) that suggested CFS researchers were beginning to make at least small inroads into the upper levels of academia.

The Chronic Fatigue Initiative with its $10 million/3 year budget, its slate of distinguished researchers and its Columbia University and Harvard links again suggested ME/CFS was making headway in new and important venues. Armed with a million dollar grant, the Mt Sinai ME/CFS center lead by Dr. Enlander and its two big names, virologist Illa Singh and geneticist Eric Schadt, provided more evidence that ME/CFS was moving up in the ranks.

Then Dr. Klimas traded in the tepid support she received at the Univ. of Miami to host a new Neuro-Immune Institute on CFS and GWS  at Nova Southeastern University.   Dr. Peterson got into the research game as his Simarron Research Foundation joined up with CFI and the new PHANU group at Bond University in Australia.  PHANU has hardly been talked about but it just received a million dollar plus grant from the Mason Foundation and turned in the most impressive slate of studies at the IACFS/ME Conference. 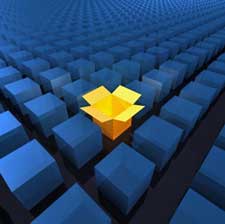 Meanwhile at the University of Utah the busy Light team added Lisa Albright, another hot geneticist, to its roster.  Finally one more effort will be announced in the next couple of months.

The CDC also showed some initiative as new CFS research director Unger played a key role in the ongoing development of the CASA project birthed at the State of the Knowledge Workshop, began working with ME/CFS physicians,  and launched a metagenomics study to look for viruses in ME/CFS.

Mostly – A Good Year! – 2012, then, started out with lots of good news (no less than six ‘new’ initiatives!) in the midst of the disappointing news about XMRV.   The injection of  money and new ideas into the CFS research field indicated that (a) ME/CFS is slowly continuing to make head roads in the research community and (b) some really intriguing research is going to appear in the next year or so as the initiatives come to fruition.

With several important studies coming due and new efforts making their 2012 will be an important year for ME/CFS.  In Road Ahead Pt II coming up soon we take a look what we can expect over the next year from these and other groups.