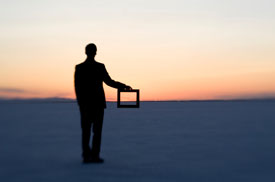 The biggest finding in CFS history (XMRV) didn’t work out and the most revered group in CFS history, the WPI, has troubles of its own, but ME/CFS research community emerged in better shape with more new projects and more new faces  than ever before. Yes, ME/CFS is still a fringe topic receiving abysmal funding from the federal government and these efforts are small, but they often lead by prominent researchers and if they are successful they should be able to pull in much needed funds over time.

In Part II of “The Road Ahead in 2012” we  look forward to what we can expect from most of the ME/CFS research organizations in 2012.

We’re intensifying efforts across the field to build a critical mass of rigorous researchthat validates the biological basis for CFS and leads to improved methods of diagnosis and treatment.

The CAA’s research program approach is different from other foundations founded by researchers to support their research. The CAA’s primary goal is to produce pilot studies that provide the data researchers need to apply for multi-million dollar grants from the NIH, Department of Defense (DOD) and other funding sources.

Instead of having in-house researchers do their research, CAA issues requests for grant proposals to broad research community and then puts the proposals through a rigorous and lengthy process (10 months) of analysis by independent reviewers (over 50) before the final projects are funded. An added bonus has been the presence of a veteran researcher at their helm, Dr. Suzanne Vernon, who love to roll up her sleeves and tweak, combine or otherwise alter original study proposals to make the whole package greater than its parts.

One result of this rather intensive approach is that CAA funded studies have paid off at the NIH with the CAA’s $1,000,000 plus 2009 investment resulting in over $5 million dollars in NIH/DOD grants and their researchers publishing 14 studies (with more on the way)

We are focused on assembling the best team; developing a new strategy; formulating a straight-forward operating plan and driving results.

The Chronic Fatigue Initiative, with its 10 million dollar 3-year grant from the Hutchins Foundation, is the best funded ME/CFS non-profit research group in the world. Their hefty bank account means that the CFI has the bucks to fund large studies and with four ME/CFS doctors (Klimas, Peterson, Bateman, Montoya) providing 200 plus patients/200 healthy controls for they are.


A Busy Year – With the foundation of the Initiative – 400 rigorously described patients and healthy controls – ensconced in their Biobank – Foundation researchers can get down to work. The CFI will start off with two big studies.


The word is that the Hutchins Family Foundation is willing to pump more money into the CFI if they feel their initial investment is paying off.

The mission of the Research Department is to develop the most effective treatments for fibromyalgia, ME/CFS, and associated illnesses through compliant partnerships with industry leaders and compassionate patient-centered research.

OFFER (Organization for Fatigue and Fibromyalgia Education and Research) https://www.offerutah.org/index.htm

The Hunter-Hopkins Center conducts clinical trials, nutraceutical trials, and clinical research. These studies are performed independently or collaboratively with other researchers throughout the world.

Lead by Dr. Lapp the Hunter Hopkins Center is always in the thick of treatment trials for ME/CFS and Fibromyalgia and this year is no exception. The HHC will be engaged in stud7ing

Our initiative aims to mobilize and integrate Stanford’s best faculty and resources…  We have assembled a world-class research team, who will work to identify the connection between these patients’ symptoms and infection or immune dysfunction.

The past year has been rather quiet at Stanford as Dr. Montoya has been gathering his team of researchers, post-doctoral fellows, statisticians, bioinformatics faculty, graduate students, laboratory personnel (human immune monitoring core facility), a neuropsychologist, and an exercise physiologist. It appears that this year the Initiative for Chronic Infectious Diseases is going to make more noise.

The Year (?)  – Dr. Montoya’s eagerly awaited placebo controlled study using Valcyte was due to end five years ago. We know that the results were initially underwhelming yet interesting enough to keep this careful researcher engaged. In a talk a year or so ago, Dr. Kogelnik stated that most patients improved past the six month mark the study was due to end and some became well. That finding in this study would probably break things open for antivirals and ME/CFS….Here’s to the bet that this is the year Dr. Montoya reports on the big study.

The Initiative is engaged in a number of other studies including

We have, along with a team of investigators at this Center, accumulated strong evidence that CFS is caused by persistent herpes virus infection (Epstein-Barr virus, Cytomegalovirus and Herpes virus 6), singly or in combination.


Dr. Lerner is excited (!) Now working with another EBV expert, Dr. Ron Glazer, Dr. Lerner believes he has found a ‘smoking gun’ which indicates that his theory of an ‘arrested’ Epstein Barr Virus infection in ME/CFS is correct. Their Ottawa IACFS/ME Conference poster indicated they’re picking up evidence of the early proteins he believes are present. The Glazer /Lerner study will continue and they will lobby the NIH for funding to develop an easier, less expensive Elisa test. 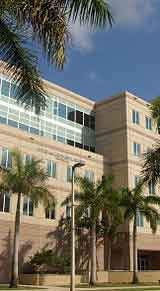 I can promise we will be providing cutting edge research and care, and educating providers like never before.

Dr. Klimas has a lot on her plate after her move from the Univ of Miami to Nova Southeastern to form a Neuro-Immune Institute. Based on her statements thus far it sounds like she will be 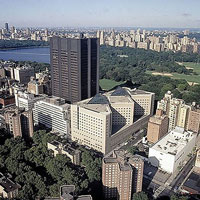 
The advantage of being part of a large medical school which is supportive of  the ME /CFS center is that the range of experts and specialists is enormous, making the center a cohesive and important group with the largest cohort of ME/CFS patients  in the eastern seaboard.


The Mt Sinai ME/CFS research center is getting off to a great start with a big $1,000,000 grant and they have a long list of projects on the boards, four of which are already underway and a future project that will hopefully involve Rituximab.


Ultimately our aim is to develop a clear diagnostic test for CFS and establish a national testing facility here at Bond University, which we believe could happen within the next five years.”


PHANU, an ME/CFS research group at Bond University in Australia, is on the upswing. Their longstanding assertion that ME/CFS is an autoimmune disorder got a big boost with the Rituximab trial, they turned in the most impressive performance at the IACFS/ME Ottawa conference, and they just received an $800,000 grant from the Mason Foundation. They are working with Dr. Peterson of the Simmaron Foundation and looking to collaborate with others. Some of the studies they’re currently working on include


PHANU will be determining how to spend their new grant money and they are working hard on getting a Rituximab study going. An interview with PHANU’s director, Dr. Marshall-Gradisnuk, is coming up shortly.


We envision a future where CFS/ME is a treatable disease


One of the latest entrees to the ME/CFS research scene, Simmaron is building for the future. Their non-profit status is in, their Boards (of Directors, Scientific Advisory) are intact and they’re currently engaged in three studies


On a side note Dr. Peterson is in the process of moving, after decades in his present office, to bigger and better digs.


The Whittemore Peterson Institute for Neuro-Immune Disease exists to bring discovery, knowledge, and effective treatments to patients with illnesses that are caused by dysregulation of both the immune and the nervous system.”

Dr’s Pourzan and Khaiboullina will anchor the WPI’ s treatment end and with the questions resolved about who gets the research money (the WPI/ Dr. Lombardi do), the WPI will be working on several large NIH and Dept. of Defense grants in 2012

The appearance of S research efforts (Chronic Fatigue Initiative, CFI, Mt. Sinai, Neuroimmune Institute, Simmaron Researcj) and the growth of others (PHANU, CFIDS Association) has been gratifying but guess what? In the next month or two we’re due for one more ‘splash’. Stay tuned….