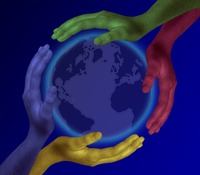 The FDA held the Myalgic Encephalomyelitis and Chronic Fatigue Syndrome Webinar: Working Together for Change on November 15, 2012. An invitation had been issued earlier to Phoenix Rising and anyone interested in attending.

There was not much mention of ME/CFS until well into the webinar, which surprised me and left me dismayed at first. Instead, speakers talked about the origins and history of the FDA, as well as about several other severe health conditions including HIV/AIDS, cystic fibrosis and muscular dystrophy. An advocate for CF and another for MD spoke at length about the challenges that faced them in the early days of advocacy in bringing attention, funds and support to those suffering with these diseases.

The webinar was expected to be an hour long, according to the email invitation I received. At an hour and half into the webinar, mentions of ME/CFS had been few and far-between. At this point questions were taken. As I watched the time, I wondered how the waiting callers were doing. They do have ME/CFS after all, and many of us don’t hold a brain-battery charge for 90 minutes or more. Would they be able to hold it together to ask their questions?

And if we were the reason for the webinar, why was our participation playing such a small part in the proceedings? I don’t know how many callers were waiting, but with such a short time available to them, was everyone able to get a turn, and did they each get the time they needed?

I had recorded the webinar and listened through the two hours of the meeting again the next day. At first listen-through, I’d wondered what the point was in inviting us to listen to the problems and successes of these other groups. Somewhat reluctantly, I concluded after a second run-through that, while most of the content about ME/CFS did not appear until the last half hour, and most of that was found in the question and answer period between the speakers and callers, this webinar may prove to be a valuable resource after all.


I’m not sure what I expected, perhaps that the speakers would address the unique challenges facing those of us with ME/CFS, the invisibility and lack of respect we find in our dealings with the medical, research and drug manufacturing communities. Maybe I thought the speakers would bring us some insights into why we have been shunted aside for decades by the powers that be.

None of this occurred. But the experiences of AIDS, CF and MD advocacy may nevertheless be something we can benefit from as we work towards effective advocacy, research and treatment for ME/CFS.

Sandra L. Kweder: History of the FDA and Drug Regulation

The first speaker was Rear Admiral Sandra L. Kweder, M.D., U.S. Public Health Service, Office of New Drugs, Center for Drug Evaluation & Research, FDA. She began with an overview of the history of the FDA and drug regulation. She went into detail about how the review process for drugs works. She recommended that those of us with ME/CFS and our advocates would do well to connect with institutions that conduct drug trials, and to gain from the experience of other patient groups.

“Objective measures are limited. We don’t have a marker in the blood or a marker and a muscle biopsy or something of that sort that has clearly been shown to predict the clinical course of disease. There are some that are subjective, but none are widely accepted or definitive. There is no question that the clinical trials and drug development have been constrained by these vectors,” Dr. Kweder said. “Companies are likely to be reluctant to invest in developing a treatment that is surrounded by all of these uncertainties.”

“There are other conditions that have had exactly these same challenges and are seeing the fruits of collaborative work between patient advocates and researchers and funders,” Dr. Kweder went on to say. “Progress has been made by establishing definition of the clinical trial populations and targeted reliable measures to assess their symptoms and functioning, so I think this to me makes me very optimistic about CFS and ME.”

Richard Klein: How to give input to the FDA

The second speaker was Richard Klein from the FDA’s Office of Special Health Issues. Klein talked about how patients can give input to the FDA.

“I want to talk a little about advocacy and the role that patients play in advocating FDA and outside FDA,” he said. “Traditionally it has been through advisory committee meetings through open public hearings or written submissions. We have had public policy meetings where the public is invited to speak. Public town hall meetings and written comments that are requested to the Federal Registry.”

He referred to advocacy by patients with HIV/AIDS back in the ’80s. He brought some light as to how the FDA works, detailing what the FDA can and cannot do. They cannot direct drug research for instance, although they can offer guidance in regards to the development of medication.

As he spoke about patient advocacy as carried out for HIV/AIDS in the early days, I was aware that this is one of the areas of real difficulty for people with ME/CFS. Many of our ill are so incapacitated that the idea of showing up in numbers and doing anything other than perhaps rolling off a cot is inconceivable.


And for whatever reason, we just don’t seem to have the family members and friends often seen lifting up other health conditions. Walk-a-thons and public outcry in meetings or rallies aren’t going to work for us, unless healthy people who care about us start showing up in greater numbers.

Still, it may be worth doing a little brainstorming as to new and varied ways that the bedridden and the housebound might be able to combine their voices in order to be heard. The recent email campaigns by people with ME/CFS to the FDA, to other agencies and organizations, to public figures, for instance, seem to be bearing fruit. We are of course in early days, in terms of being heard and noticed. But it is a start.

He pointed out that we “really need to work with the FDA but also researchers, Congress, which can direct funding and to a certain extent can call the shots on how research is pushed forward in a particular direction.” He suggested that we need to give special attention to the pharmaceutical industry.

Mary Dwight, the Vice President of Government Affairs with the Cystic Fibrosis Foundation, was the next speaker. She led us down the path taken by cystic fibrosis advocates over the years, from days of invisibility to a substantial measure of success.

Scientific research and information is the ground floor to getting anywhere. The Cystic Fibrosis Foundation ran into resistance among drug developers in much the same way we have with ME/CFS. Drug companies were not eager to develop drugs that offered no cost benefit for medications that would serve only that specific patient community. The foundation overcame this resistance by offering up venture philanthropy.

Venture philanthropy is willing to try new things, providing financial, human and intellectual capital. It may be focused on measurable returns, with progress being evaluated at certain points along the way. Venture philanthropy may involve capacity building rather than targeting program development or costs of general operation.

At one point there was some disagreement between the CFF and the FDA as to the importance of a particular drug for cystic fibrosis. The FDA’s stance was that a second drug was not necessary since they had one available on the market. The foundation pointed out that the initial drug sometimes didn’t work or stopped working. The FDA listened, and changed their decision about the second drug.

That, my friends, was encouragement for advocates and patients alike.

The foundation organized a national therapeutic network focused in one location. They created standardized research procedures, and studied design and advice from experts. Communication was stimulated, and collaboration was encouraged by the gathering of scientific consortia. Dwight said that it is up to the patient community to bring data to the FDA. It is only then that the FDA will assess this data. She encouraged ME/CFS advocates to amass “natural history” and group data for our patients.

The last speaker was Pat Furlong from the Parent Project Muscular Dystrophy. She gave a history of the MD community from its early days of invisibility to a place of successful advocacy for muscular dystrophies. Like ME/CFS, for some types of muscular dystrophy there are no biomarkers. This has caused problems for MD advocates that are similar to many that we face.

Furlong said that her organization used the Cystic Fibrosis Foundation as a pattern for developing a model program. Their first step was to compile a patient registry. She detailed what she considered to be essentials for a strong program. The base would be a clinical infrastructure that included a patient registry, research networks, and a clear picture of desired endpoints.

Next would be advocacy, to bring in funds from the NIH, the DOD and the CDC, and to foster the direct engagement of regulators. Education of patients, clinical trials, and drug developers are all necessities. Clear goals and expectations are vital.

Parent Project Muscular Dystrophy’s board put together a policy statement to guide towards what they wanted from the FDA in terms of advocacy. Meetings with the Center for Drug Evaluation & Research have been held concerning policy and data for the FDA.

A consulting firm is preparing a risk-benefit framework for rare diseases, for publication. The consulting firm is creating a parent survey on risk tolerance. The risk tolerance form will be submitted to the FDA. The PPMD wants to make clear to the FDA that in some situations, taking the drug is worth the risk for those with serious, life-threatening concerns. Some patients would very willingly bear those risks because the natural history has shown that some might become worse or even die if the drug was not approved by the FDA.

At this point, callers Patricia Carter, Jennifer Spotila, Marly Silverman, Courtney Miller and Hillary Johnson had an opportunity to be heard. At the end of the question and answer period, Steve Morin of the Office of Special Health Issues extended an invitation for others to submit any questions they have.

The Q & A time did not begin until we were an hour and a half into the webinar, leaving only about half an hour for those with questions. While this may have been quite frustrating for both the callers and listeners, there is the potential for more meetings to come.

Two meetings have already been discussed for the foreseeable future. On Dec. 20 of this year, the FDA has scheduled an advisory committee meeting to discuss Ampligen, a drug that may be utilized for those with ME/CFS. Next year the FDA will have a meeting with the goal of discussing endpoints and outcome measures related to ME/CFS.