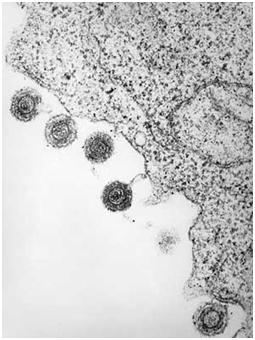 Before XMRV was Kogelnik/Montoya…the 2006 unblinded Kogelnik/Montoya study, finding that 6 months of Valcyte use returned 75% of participants to full health, hit the community like a lightning bolt. Yes, the study was very small (12 people) and it was unblinded, but the stories of recovery were so dramatic that it was hard to imagine they hadn’t hit gold. All that was left, it seemed, was to document the progress with a more rigorous, placebo-controlled study that appeared to be under way.

“These preliminary clinical and laboratory observations merit additional studies to establish whether this clinical response is mediated by an antiviral effect of the drug, indirectly via immunomodulation or by placebo effect.” (Kogelnik et al, 2006)

Six years later that study has still not shown up. This latest study by Montoya, which did not involve controls, is simply a retrospective analysis which examined the effect of Valganciclovir treatment on 61 patients treated at the Stanford clinic from 2004-2009 using a chart analysis.

All patients had above normal HHV6 (>1:320), EBV VCA (1:640), EBV VCA (1:640) and EBV EA (1:160) IgG titers. The early EBV antibodies (EBV NA IGG), that Dr. Lerner and others believe are tied to aborted but simmering infections in ME/CFS, were also measured. Note that because healthy people can have similarly high titers, none of these titers are considered diagnostic of an active infection by most practitioners in the medical community.

Montoya has proposed, however, that high titers in the presence of certain symptoms are suggestive of an active infection. The authors noted that, while high titers can be found in healthy people, most healthy people have quite low herpesvirus titers while higher titers are commonly found in people with chronic fatigue syndrome. Something must be pushing those herpesvirus antibody titers higher in ME/CFS and, of course, an active herpesvirus infection is the first thing that comes to mind.


A patient was deemed a responder if self reports of cognitive and physical functioning increased by 30% or more at some point in treatment. The average patient age was 47 and the average length of illness was a hearty 10 years. The average treatment period was about 6 months – much shorter than recommended by Dr. Lerner.

Almost 60% of patients responded physically and fully 80% responded cognitively – a nice response. As a group, patients rose from an average of 34/100 to 53/100 physically (56% jump) and from 43/100 to 66/100 cognitively (50% jump). (Unfortunately from the way the study was written the percentage increase could have been interpreted as 19% and 23%. Thanks to Tom Kindlon for pointing this out). Put another way, the patients jumped from being a third of normal physically to about half normal and from about 40% of normal cognitively to two-thirds normal.

This was blunted to some extent by the fact that only the highest data point, not an average, was used to assess effects. That means we know that, at least at one point in their treatment, 80% of the participants reported that they were at least 50% better cognitively, and almost 60% were improved physically by at least 50%, but we don’t know how long the effect lasted.

Teasing out the responders indicated that they improved an average of 34 and 37% respectively.

A look at the charts included in the paper indicated that there were some dramatic improvements. A couple of people went from a score of about 20-30 to 80-100 on physical functioning -meaning they were effectively well. Several others experienced dramatic improvements going from 0-20 to 50-60. (Two unfortunate people went from around 20 to less than 10). It was fairly easy to find 30-40 point gains – which equate to major improvements in functionality – but many people made smaller gains.

The authors called the findings ‘clinically striking’ when placed in context of how difficult it was to treat ME/CFS, and indeed most doctors would probably be very happy to see responses like this in their patients. (Their patients would be happy as well :)) 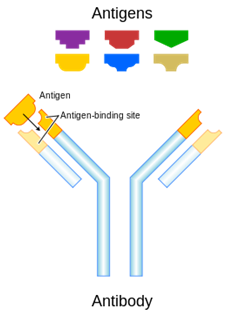 The antibody results indicated how much researchers still have to learn. The researchers thought that higher antibodies would be indicative of poorer health, but they were not, and antibody levels did not drop significantly more in the responders than in the non-responders. (There was a ‘trend’ toward better response in patients with high baseline antibodies). Whatever the effects of the trial, it did not appear to happen at the antibody level.

Potentially obscuring the antibody results, however, was the possibility that some patients may have hypogammaglobulemia (low B-cell and antibody levels), while others may have overly strong antibody responses, and bigger studies would be needed to tease out these factors. It’s possible that too many complicating factors were present for a finding of statistical significance to show up in a study of this size.

Figuring out why some people improve during antiviral treatment while others do not has been a key goal for Montoya, and he’s reportedly been plowing through immune findings to see if he can pick up measurements that change significantly as people get well. Finding that would give him and the ME/CFS research community a strong biomarker to concentrate on. (Dr. Kogelnik is looking at patients for this as well). This was not that study, however, and hopefully that paper will appear in the future. 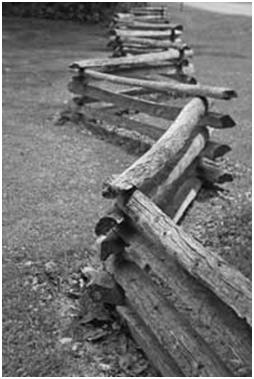 Valcyte has not gone the way of XMRV. As with XMRV, the promise of an early study – in this case the 2006 unblinded one with its remarkable success rate – did not hold up, but this study was positive and many patients did improve – in many cases, it appears, significantly.

The study, though, was underpowered in many ways; it was retrospective, it was not placebo-controlled, and patients’ self-reports were rudimentary to say the least – they appear to have simply rated themselves on a scale from 0-100 on their physical and cognitive functioning and only the highest scores were used. The most intriguing result was the increased likelihood of benefit in patients with longer treatment duration – a key facet of Dr. Lerner’s program.


Without a blinded control group, however, all the results can be challenged – it can be argued that the responders were simply due to placebo, the benefit was transient, and the increased benefit with duration was simply an indicator that time in combination with placebo really does heal somewhat with ME/CFS.

The road to understanding the role that pathogens play in ME/CFS has been long and crooked. With all the interest in antivirals, it’s remarkable that we still do not have a single well-designed, rigorously controlled ME/CFS antiviral treatment trial. Every study, from Dr. Lerner’s trials to Dr. Montoya’s two studies, has had enough design flaws for skeptics to be able to discount the findings. There’s still a great deal of work to be done to figure out how and why antivirals are working when they do work in this disorder.

One such study was underway. In Dec 2010 we were informed that two papers from Dr. Montoya’s placebo-controlled, doubled blinded study – which involved extensive immune testing, exercise testing, etc – were in process. (We were also informed that the study we’ve just looked at would be published ‘soon’ :)). At a conference that year, Dr. Montoya reported that he was on the track of several immune biomarkers (IL-5, IL17F, ENA78, EOTAXN, IP10) that improved during treatment. He also reported that an early antigen marker usually associated with cancer may be a biomarker for this group.

The big EBV/HHV6 study is still to come…