If you’re ever at Jody Smith‘s house, don’t bother asking anybody if they are hungry … 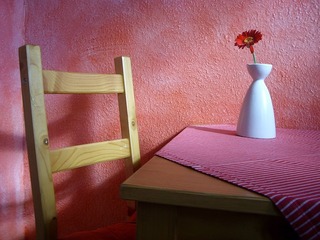 One of the most ridiculous questions you can ask in my house is “Are you hungry?”

There are three of us here and for many years, none of us ever got hungry. When our brains would turn to mush, when our faces would go numb, and we would start the invisible vibration which is the signature dance of ME/CFS, we knew we needed to eat.

Or rather, we knew we should have eaten something about twenty minutes ago and saved ourselves this distress.

For me, this realization hit after I started eating low carb. I was making a point of eating about every four hours — something I had not been doing till I changed to the new eating style.

One of the unexpected perks was that the blood sugar problems I was apparently having by not eating often enough (because I never got hungry) dissipated enormously. From that point on, I did not bother to ask myself if I was hungry. I simply went by the clock.

If for some reason I couldn’t grab some food in the allotted time, I still wouldn’t be hungry. Stomach wasn’t growling, no pangs at all.

But when I started having thoughts dissolve half-formed, when my lips started to tingle and vertigo would make me sway, when a sense of rushing electricity would surge up and down in my arms and my fingers would cease to obey me … I knew it was time to drop everything before it literally dropped me.


I’d go for some protein, some fat … Slice off a piece of leftover ham or roast beef, mix some tuna with mayonnaise, if all else failed, scoop some of the hamburger out of the cooked spaghetti sauce (for the carb eaters in the house) and nuke it, or have a couple of spoons of natural peanut butter.

Eat, rest, and wait 20 minutes. I’d begin to feel a little normal then. Or my ME/CFS “normal”. You know what I mean.

My husband Alan has fibromyalgia and also doesn’t get hungry. And he used to get quite irritated when I’d try to get him to eat. Never used to have breakfast or lunch. Part of the reason for that was a lack of money, but also it was his lack of appetite.

I started working on that. He’d eat but he wouldn’t enjoy it. Not that the food wasn’t good, prepared by such an excellent cook — but he wasn’t hungry. He never felt like eating.

Uphill battle, trying to get food into someone who I think in his heart of hearts really didn’t believe he needed it. Certainly his stomach was not cooperating. When he would check to see if his stomach felt empty, or in need of some sustenance, its answer was always, “Of course not.”

Eventually I won this particular ongoing skirmish. He got used to eating, and got to appreciate how much better he’d feel as the day wore on and he was no longer brain-dead or needing to fall down on his face and call it quits by 3 or 4 p.m. every day.

He gradually became convinced that eating food regularly was a good thing. Even for someone like him who never got hungry.

You’d think I would be on top of this thing for my son Jesse when he got ME/CFS seven years or so ago. But it took awhile for me to catch on. And I’m still liable to forget how inane this is and find myself asking him if he’s hungry.

The answer is always no. But that doesn’t mean he doesn’t desperately need something to eat.

Jesse is not a low carb guy. I am suspicious that there is a gluten sensitivity at the very least in there for him but so far we’re focusing on getting food into him that he can stand to swallow.

Some of that is still sandwiches and toast, but not as much as it used to be. We’ve been leaning heavy on potatoes for awhile, that seems to be working okay. And there are more sources of protein that he can tolerate, he even likes some of them now.


If I didn’t put food in front of him he would rarely eat. Some of that is because it’s just gnarly hard for him to do much because he is sick. And some of it is because … he isn’t hungry.

But I don’t want him wasting away any more than he already has, and I’d like his brain to be able to work and his body to function. So hungry or not, boy, it’s time to eat.

We remind me of diabetics, who are able to have some control over their blood sugar and their ability to function with the foods they eat and when they eat them. If we do what needs doing when it needs to be done it helps us to be a little more stable.

I actually get hungry sometimes these days. Catches me by surprise when it happens. Its sheer novelty outweighs the physical discomfort of hunger. I am so pleased to have reached the point of being able to have hunger pangs again, I can’t begin to tell you.

I am looking forward to the day when my son gives me a different answer than the one I’ve gotten for over seven years. When I ask him “Are you hungry?” I will be thrilled to some day hear him say, “Yeah, I’m starving!”