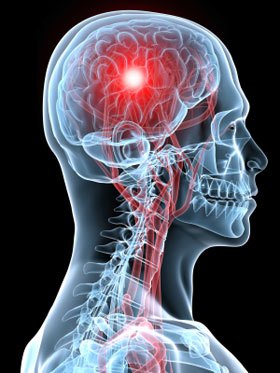 A new study, from Julia Newton’s group in Newcastle, UK, has found evidence that reduced blood flow to the brain is associated with muscle abnormalities in CFS patients.

Earlier work by the same group had found that with many CFS patients, muscles don’t regulate acid levels properly after exercise. Another study, by Ben Natelson, had shown reduced blood flow to the brain of most in a sample of CFS patients. This new study looked at both muscle acidity regulation and blood flow to the brain in the same people with CFS. They found a strong correlation between the two, both at rest and in response to a challenge.

This is tantalising stuff: there is a marked link between factors that potentially underlie physical fatigue (i.e. flawed acid regulation in muscles) and factors potentially affecting mental fatigue (reduced blood flow to the brain, which has been linked to reduced poor cognitive performance). Unfortunately the study is relatively small and they didn’t have the funding to include a control group, so at this stage the findings are tentative.

Links between muscle acidity and brain blood flow at rest

Measurements of brain blood flow and muscle pH were taken for all patients when resting and when challenged. The data from the measurements at rest showed that higher pH (less acid and less ideal) correlated with lower brain blood flow (again, less blood flow is less ideal). The correlation coefficient was 0.67 (on a scale of 0-1.0), which is very high by the standards of CFS research.

Many people with ME/CFS find that their problems are provoked when they do something rather than when they are at rest. Using an exercise challenge has proved helpful in revealing abnormalities in CFS patients before, such as the Lights’ gene expression work and the Pacific Labs study of Post-Exertional Malaise.

The ‘challenge’ to brain blood flow was a little different, using something called the ‘Valsalva Manoeuvre’. Here, the patient covers their nose and mouth and tries to exhale hard briefly, before releasing their breath – it’s the same trick you would use to clear blocked ears. This simple procedure triggers a surprisingly complex but predictable series of changes in blood pressure and heart rate as the body brings things back to equilibrium by, for example, contracting blood vessels to raise blood pressure.

More on Julia Newton’s work
Phoenix Rising articles: Feeling Old? You May be and The Wolf in ME/CFS.

The previous findings of reduced brain blood flow and muscle dysfunction are interesting, but the new result indicating a strong relationship between the two makes it an area of real promise.

Of course, this is a small study and possibly a similar strong correlation exists in healthy people (albeit at more normal levels of pH/blood flow). What’s needed to advance this area is replication of the findings in studies including matched healthy controls – and Julia Newton is hoping to get funding for just such a study.