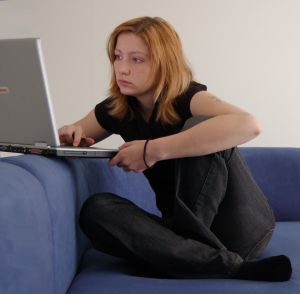 Llewellyn King has been gaining quite a reputation for himself in ME/CFS circles of late. He has been a journalist, foreign correspondent, editor, creator of his own publishing group, and public speaker over his long career. And now King is an advocate for people with ME/CFS. He writes about us often on his White House Chronicle blog.

King is also co-host of MECFSAlert, a YouTube program that he said was “developed to comfort the sick, to stimulate doctors to learn more about it and their patients, and to get the government to take it seriously, and spend more money and to have more passion for research.”

To this end, King has interviewed Dr. John Chia, another light in the dark and bringer of hope for people with ME/CFS. King described him as “the iconic, the fabulous, Dr. John Chia”. The interview was conducted at Dr. Chia’s practice in Torrens, California.

Chia is the President of EV Med Research, Owner/Physician at Infectious Disease Med, and Assistant Professor at the UCLA School of Medicine. He is an infectious disease specialist, researching enteroviral infections in ME/CFS.

In a more personal vein, Chia has gained some solid credibility from his success in treating his son. Stricken with ME/CFS in his teens, Chia’s son was brought back to robust health by his father’s treatment in a very short time, by ME/CFS standards.


His son is now graduating from pharmacology school, and is able to live a balanced, healthy life that has included work, school and vigorous exercise.

King and Chia discussed treatments and the doctor’s evaluation of some of them. Chia touched on the use of Ampligen for ME/CFS. He said that he has seen Ampligen help some patients, but in his view, oftentimes results are not satisfactory. He does not use drugs like Ampligen or interferon much. He said that the often tepid results often don’t merit such usage, and some medications like interferon can be hard on the patient.

There are some antivirals available at this time but they are for other conditions like Hepatitis B or HIV. They are made for these other viruses and so they will not be as effective for ME/CFS. Chia said that there is a need for better drugs but in order to get these from the drug companies, the companies need to be convinced that we’ve found the major cause for ME/CFS. Then, Chia believes, they will get involved.

King spoke with Chia about the doctor’s expertise in the area of infectious disease and his research of enteroviral infections that may pertain to ME/CFS.

Enteroviruses are of the Picornaviridae family of viruses, also called Picornaviruses. The name originates from “pico” meaning “a little bit” in Spanish, and RNA which stands for ribonucleic acid (component of genetic material).

The name “enterovirus” comes from the fact that the viruses reproduce in the gastrointestinal tract though they do not necessarily cause intestinal symptoms. Their damage is to other areas of the body such as the organs, central nervous system, and skin as the infection spreads.

A virus can incubate in the GI tract or the respiratory tract for two days or more, during which time the infection can be spread to other people. After the first few days, the virus will multiply and move to the bloodstream. Symptoms are diarrhea, fever, headache, muscle pain and sore throat.

Polioviruses can cause problems with the central nervous system, resulting in nerve cell death, and sometimes causing aseptic meningitis, paralytic poliomyelitis and other milder illnesses. The other viruses tend to mostly affect babies and small children, but they can have a debilitating effect on any age group.


Generally enteroviruses are treated with drinking fluids, rest and medications for pain and fever.

Chia said that such viruses are difficult to eliminate. Short-term treatment can help to lower the viral load, but don’t expect it to eradicate the cause of illness. Treatment for this type of illness needs to be looked at with a longer view.

Chia’s first line of defense has come to be oxymatrine and other Chinese herbs. He said that he uses the immune-stimulating herbs because they are the only viable choice available.

Oxymatrine is the herb he uses most. Usually he will start the patient on half a tablet a day, very slowly increasing the dosage over a period of a few weeks. He did things differently with his son, who requested a higher dose. His son handled the increase well, and they increased the dosage once again.

This led to a wonderful recovery. The case of his son’s treatment and recovery, it is important to note, is not the norm. Also to be noted, there are some conditions that contraindicate the use of oxymatrine for enterovirus infection, for instance, in patients that have seizures.

Oxymatrine is an alkaloid that comes from the Sophora plant. Oxymatrine has been used in Chinese medicine to treat cancer, skin diseases like exzema and psoriasis, viral hepatitis and viral myocarditis.

Oxymatrine has been seen to be antiviral in cell cultures. Some Chinese research has suggested that oxymatrine can lessen both liver damage and viral load for hepatitis B. It may increase blood flow and enhance the heart’s ability to contract. It may decrease coxsackie activity in viral myocarditis.

Chia pointed out that there is a noticeable difference between men and women, in terms of effectiveness of oxymatrine and other Chinese herbs. Men are liable to experience greater remission. They are less likely to suffer relapse. A man may need treatment for only about three months. For women, treatment may be much longer, with many ups and downs through a slower recovery.

King asked Chia if he thought that the past controversy about XMRV has lost ground concerning the possibility of a viral cause for ME/CFS. Chia indicated that he didn’t think XMRV was the likely cause because a virus must fit the disease. For instance, he cited that XMRV was said to be sexually transmitted but this does not fit ME/CFS, because it is not sexually transmitted.

Chia made the observation that many doctors don’t like to deal with ME/CFS, and some may be afraid of it due to its multitude of symptoms. He said, though, that if ME/CFS is approached in such a way as to treat the symptoms, eventually a physician will be able to treat its specific causes.

When faced with a puzzle such as ME/CFS Chia asks several questions. The initial illness is the most important thing in his view, and offers up many questions to be pursued.

Did the patient do some travelling before they fell ill? Where did they go? What did they eat or drink there?

These types of questions may help lead a physician along the path to the healing of ME/CFS. Doctors like Chia, who are helping to blaze the undiscovered trail to recovery from ME/CFS, give us reason to hope.