Andrew Gladman explores the current and historic hypotheses relating to nitric oxide problems in ME/CFS. Part 1 of a 2-part series puts nitric oxide under the microscope and explores what it is, what it does and why it is so frequently discussed in the world of ME/CFS. Part 1 focuses on what nitric oxide is, how its produced and what exactly it does … 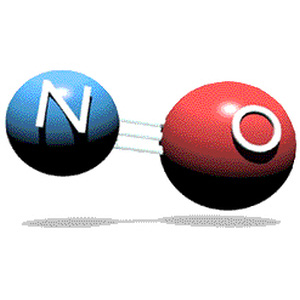 Over the years there have quite a number of proposed disease mechanisms relating to nitric oxide (NO) problems of patients suffering with ME/CFS. Studies have however, over the years, proven somewhat inconclusive in the past.

Dr. Pall is historically one of the staunch believers in the hypothesis that ME/CFS is a result of abnormal functioning of the nitric oxide cycle and the downstream effects this can have.

Research studies exploring nitric oxide in ME/CFS patients has however been fractured at best with some showing too much nitric oxide, while others appear to show inefficient production of the chemical messenger.

There have also been numerous theories relating to how nitric oxide could potentially induce autoimmune disease, a hot topic in the current ME/CFS research community. Equally, there have been theories proposing that ME/CFS could indeed be a result of an autoimmune response targeting the nitric oxide cycle itself.


It is the hypothesis relating to autoimmunity that this article focuses primarily upon. It’s easy to see why this area of research has become somewhat stagnant, given the competing hypotheses proposed!

Because of the conflicting evidence, nitric oxide and its many related hypotheses have been stuck somewhat in hypothesis limbo. However, recent studies appear to have revived this somewhat ailing line of research and could potentially point towards a novel subgroup in the heterogeneous ME/CFS cohort.

Over the course of Part 1 and Part 2, I will aim to explore the role and function of nitric oxide, the role the endothelium plays, how the hypotheses relating to nitric oxide could explain these symptoms of ME/CFS, and the current evidence to support these hypotheses.

What is nitric oxide and what are its functions?

Nitric oxide (NO) has been discussed quite extensively in many chronic diseases. Only within the last decade have the numerous functions that nitric oxide plays begun to be fully understood.

Firstly there is the role of nitric oxide as an endothelium-derived relaxing factor (EDRF) controlling the dilation of blood vessels and therefore having a major role in vascular tone. The endothelium in itself is an important part of this new hypothesis and is much more complex than it would first appear. It is therefore discussed at greater length in the following sections of this article.

Further to this, nitric oxide acts as an intracellular messenger and neurotransmitter, as such it plays quite an important role in the nervous system, with the brain being the organ containing the highest level of nitric oxide synthase enzymes.

Further roles of nitric oxide include functions within the immune response. Nitric oxide can be produced directly by phagocytes, acting as a toxin to pathogens through its ability as a free radical to damage DNA. Furthermore, it also acts as an activator and regulator for some cells of the immune system.

Further, ME-relevant functions of nitric oxide include a major role within the genesis of the mitochondria. NO in this instance is hypothesised to act as a universal “trigger switch” — triggering the initiation of mitochondrial biogenesis — the production of new mitochondria.

Mitochondria is an area of research that has demanded a lot of attention the field of ME in the past with numerous papers proposing dysfunctional mitochondrial, and therefore slow cellular genesis of ATP as a central mechanism with ME.

Finally, nitric oxide has a central role in the process of sensory sensitivity of neurones within the sensory nervous system. NO activates potassium/ATP channels on the surface of the neurone and hence has direct effect on controlling the transmission of nerve impulses (action potentials). It should also be noted that this list is non-exhaustive. There are further roles of nitric oxide which are still not fully understood!


Production of nitric oxide (NO)

Nitric oxide is produced through a specialised sub-loop of a cyclical series of biochemical reactions known as the ornithine cycle (also known as the urea cycle).

The ornithine cycle is active in hepatocytes (liver cells) and is the cycle through which the harmful ammonia produced through the breakdown of proteins is converted into urea which is then excreted through the urine.

This side loop is known as the citrulline-NO cycle and is active in cells where production of nitric oxide is required for the functions discussed previously. This sub-cycle and the importance of these enzymes other than nitric oxide synthase is only recently being researched and understood in all its subtle complexities.

A logical hypothesis to individually make could be that an autoimmune response or perhaps damage from an infection could be targeted directly towards the enzyme nitric oxide synthase (NOS), which as the name suggests has the role of producing NO via the aforementioned cycle.

This idea is something we will continue to loosely explore in this article. We will discuss much deeper the implications of this in the second part of this article series.

There are 3 different types (isoforms) of nitric oxide synthase in humans: neuronal in the nervous system, inducible in phagocytes/cardiac tissue and endothelial in the endothelium, aptly abbreviated to nNOS, iNOS and eNOS respectively.

The structural similarities of these three enzymes likely means that an autoantibody targeted at one would likely be able to bind to and hence induce the same response in any of the enzymes. This may perhaps explain the wide range of seemingly unrelated symptoms that ME patients experience.

Because these enzymes are a specialised protein with a unique ability to catalyse reactions, their shape is incredibly important, specifically the ‘active site’ which is where the binding and reactions the enzyme oversees occur. The binding of an autoantibody changes this vital shape of the enzyme’s active site through altering the bonding and folding within the larger structure.

Simply put, an enzyme is like a highly specialised machine with unique parts that it needs to function. The binding of an autoantibody would serve to change the shape of these specialised parts, rendering the machine incapable of producing the required volume of nitric oxide.

Interestingly, research has shown that iNOS appears to be functioning normally and perhaps even overproducing NO. This seems somewhat contradictory to the hypothesis that nitric oxide is being underproduced. However in general, nitric oxide synthase is grouped into two categories, inducible and constitutive. iNOS is in the inducible category while nNOS and eNOS are in the constitutive category.

Further to this, both nNOS and eNOS are known as calcium-dependent as they require the binding of calcium to produce nitric oxide. iNOS, however, is described as being calcium-insensitive further dividing nNOS and eNOS from iNOS.

Given this information it is easier to understand why dysfunction of NO production by nNOS and eNOS could occur while the exact opposite appears to be true for iNOS. This idea of dysregulation of nitric oxide production has been explored previously as a method of disease action in ME.

There is quite a volume of evidence supporting that, whether directly or indirectly, the production on nitric oxide is severely hindered. However, the mechanism through which this occurs is likely more convoluted than it first appears, meaning researchers have to be a tad more crafty in their hypotheses, mechanisms and conclusions.

Function of the endothelium

Endothelial cells are incredibly important within the human body. They are primarily found lining the interiors of blood and lymphatic vessels, being present throughout the entire circulatory system, from the heart down to a single thin layer which line the capillaries.

There are many functions provided by these cells including control of blood pressure through vasoconstriction and vasodilation, formation of new blood vessels (angiogenesis), providing a semipermeable barrier between the blood vessels and the surrounding tissue, while also aiding in the process of blood clotting.

The large number of unique and important functions has led some researchers and scientists to regard the endothelium as an independent organ within the body.

There are also highly specialised and differentiated endothelial cells elsewhere in the body performing important filtering tasks, examples being the blood-brain barrier and the renal glomeruli.

The novel approach of considering the endothelium as a dynamic organ aids in the logical understanding of these cells providing a target for an autoimmune attack. The large number of functions performed by the endothelial cells mean that the cells present quite a variety of unique extracellular proteins, any of which could act as targets for an antibody mediated autoimmune response, with nitric oxide synthase being the obvious choice considering the hypothesised importance of NO in ME.

Many of the criticisms regarding the autoimmune hypothesis as a cause of ME/CFS relate to the lack of evidence of any measurable tissue damage caused. This new hypothesis could explain why this is so. As such, a mechanism explores the potential of a non-tissue damaging and non-inflammatory autoimmune response.

Furthermore, such a mechanism could potentially explain the wide ranging systemic symptoms.  Current testing methods for endothelial dysfunction are highly specific, involving fairly complex techniques such as ultrasound flow-mediated dilation (FMD) among others, which themselves do not have complete efficiency.

Any endothelial abnormalities would be difficult to detect using standard diagnostic medical techniques, and endothelial function is currently unlikely to be tested in ME patients.

One of the major functions of the endothelium is the control of vascular tone, meaning the degree to which a blood vessel is dilated. This is achieved through processes known as vasoconstriction and vasodilation. The endothelium plays a dynamic role in both processes through the production and release of many different vasoactive chemicals.

These chemicals are produced and released directly by the endothelial cells, with the end result being stimulation of the surrounding smooth muscle to either relax or contract, hence dilating or contracting the blood vessel. Through this process of homeostasis, blood pressure can be tightly controlled while this mechanism is also used as an important mechanism in internal heat and temperature regulation.

If this hypothesis proves correct, NO production is disrupted meaning that vasocontriction likely dominates. It is then logical to assume that sufferers of ME have a lowered ability to regulate heat through vascular means. This is clearly supported by the heat intolerance and symptom flares many ME patients experience in both extreme warm and cool weather.

A potential hypothesis relating to underproduction of NO does therefore allow for the observation of quite marked dysregulation of vascular tone and endothelial function without any direct or measurable damage to the endothelium itself.

Thankfully this means that the increased risk of atherosclerosis many other autoimmune conditions such as lupus, diabetes and rheumatic diseases unfortunately suffer with, could appear to be very minimal or non-existent in ME.

For further discussion on the cardiovascular system in ME/CFS looking beyond nitric oxide, be sure to check out the recent article published here at Phoenix Rising.

Stay tuned for the second article in this series where we dig deeper into nitric oxide hypotheses in ME/CFS.